Calling it Quits on Nagging and Criticizing 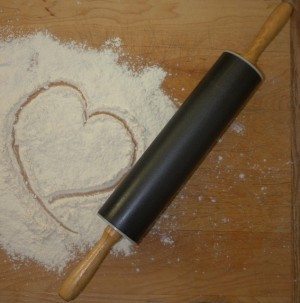 Amanda smiled at Gram as she watched the 83 year old hands deftly roll out a crust for a cherry pie. She came up beside her grandmother and squeezed her shoulders. “Having you here is the best Christmas present I could ever have!” said Amanda.

Gram giggled and placed a dot of flour on the tip of Amanda’s nose. “Well, you have your sweet husband to thank for that. He arranged everything—made my reservation, bought the ticket —even called Mrs. Sweeney next door and asked her to feed Daisy while I was gone.”

Amanda sighed and shook her head. “It’s the first time he’s ever done anything like like this in the three years we’ve been married.” Then she added flatly. “I didn’t know he had it in him. He’s usually clueless about what I need.”

Gram looked up from her pie crust, her smile faltered momentarily. “By the way, where is Sam?” she asked lightly.

“Probably working on something out in the garage,” said Amanda as she rinsed dishes in the sink. “That’s where he spends most of his time these days.” Gram looked up, her brow knit in concern. Amanda went on. “He piddles around and makes little things with his woodworking tools.”

Her grandmother turned back to her task. “You’re so lucky to have a handy husband!” She rolled the crust onto the wooden rolling pin and placed it over the pie plate and she talked. “Why, my sweet Walter, bless his soul, he couldn’t nail two boards together! It used to just drive me crazy! And of course my sister Emma’s husband was a whiz at that kind of thing —made a hand-carved cradle for John Jr., and on Christmas he made Emma the most beautiful cedar chest I ever laid my eyes on. I was just green with envy!” She laughed a merry laugh. “Of course, you know I always was jealous of whatever Emma had, and poor Walter did the suffering for it.”

“Oh, Gram,” said Amanda, “I never noticed Gramp suffering any because of you.”

“He did when we were first married, child! I promise you that!”

Amanda dried her hands and sat down at the table. “But he always called you his queen! I thought you two had the perfect marriage.” “Not at first,” said Gram, resolutely shaking her head. “No, sir! I’ll tell you something that most of the family doesn’t know, but you have to promise not to tell.” “I promise,” said Amanda.

“Well, we’d been married just a couple of years, when your Grandpa packed his bags one day and set them out on the porch. They he came into the kitchen and took me by the shoulders and looked deep into my eyes. He said, ‘Hannah, I love you, but I’m gonna have to quit you. I just can’t take your harping and nagging a minute more! I’m not gonna live my life in a fuss.'”

“I can’t believe it!” said Amanda. “I never heard you criticize him or say anything that could remotely be called nagging.”

“Well, I had to learn different. I prayed to the good Lord to help me stop. You know the Harding women all come with sharp tongues —your own mama was like that —I’m sure I don’t have to tell you! And your Aunt Elizabeth —mercy! I think Ed died young because there was no other way to get a moment’s peace!”

“Gram! I can’t believe you’re saying this! I’ve never heard you say a word against anyone in the family before.”

“I’m not gossiping, child. I’m telling you something that I believe you need to know.” Gram wiped her hands on her apron and sat down at the table. “Now, I’m gonna ask you something, and if I’m out of line, you just tell me to hush, and I will. Okay?” Amanda nodded.

“You and Sam are having problems, aren’t you?”

Amanda’s face contorted and tears burned her eyes. “Yes, Gram —we’re having bad problems. How did you know?”

“Well, for one thing, when Sam was arranging to bring me here for your Christmas surprise, he said it was the only thing he could think of that might make you happy. That was a big hint, right there. And then there’s that old problem of the Harding women and their sharp tongues. I’d seen signs of it in you that last time I visited.”

“Really? When? What do you mean?” asked Amanda.

“Your poor Sam couldn’t do anything right. One evening he laid a beautiful fire in the fireplace, but all you did was scold him for tracking in dirt. Then he was telling us about something funny that happened at work, and you turned to me and said, ‘Sam shouldn’t try to tell jokes —he has no sense of humor.’ You said that right in front of him like he wasn’t even there! Why, I looked over at your husband, and it broke my heart —he was so hurt and embarrassed. Let me ask you, honey, would you talk that way to a friend? Would you ever be so blunt and unkind to a stranger? He’s your husband; he deserves your respect in private and especially in public!”

Amanda started to cry. “Oh, Gram! What am I going to do? I think Sam’s about to ask me for a divorce.”

“When your grandpa told me he was gonna quit me, it was like a light came on in my heart. I swallowed every bit of my pride, and I told him I loved him and that with the help of the Lord I was gonna change my ways. I won’t kid you, it wasn’t easy at first, and it won’t be for you, either. Every time you’re tempted to criticize or correct Sam, ask God to help you hold your tongue. And then ask the Lord to show you something in your husband to be thankful for —something to appreciate in him —and then tell him about it. Thank him for laying a beautiful fire even if he left a trail of twigs to the fireplace. Be kind to him, Amanda, and I guarantee he’ll return in kind to you!”

Starting from that moment, Amanda began to follow Gram’s advice. At first, it was all she could do to keep her mouth shut when a sarcastic or critical comment threatened to fly. But gradually she began to speak words of kindness and affirmation to a baffled but very pleased Sam.

What a shame that Gram didn’t get to meet her darling great-granddaughter and namesake, Hannah. But her wisdom would reach through the generations —Amanda would see to that. The day might even come when Amanda needed to share those wise words with her own little girl —because you know about those Harding women —they all come with sharp tongues!

The above testimony comes from the book, Lessons Learned Looking Back, written by Todd Linaman and Laura Sowers, published by Broadman and Holman Publishers. In this book you will find various testimonies of those who have lived through various circumstances and learned valuable lessons from them as they looked back.

Leave a Reply to Amina from United States Cancel reply

One response to “Calling it Quits on Nagging and Criticizing”