Chaos in South Africa While Blending a Family 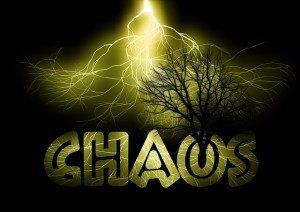 We were married in 1980, each for the second time —Luciana with three children and I with the two from my first marriage. The adjustment to a new family was not easy for us, and was aggravated by the fact that I had suffered with a drinking problem on and off for most of my adult life.

In 1984, Luciana and I both accepted the Lord Jesus as our Savior, and we started praying together every day from that point on. Luciana’s middle child had received Jesus as her Savior at the young age of twelve, and it was in answer to her faithful prayers over several years that her mom and I came to know the Lord. The initial concern of our joint prayers was for the safety of our youngest child —Luciana’s daughter; who was in her early teens at the time.

During a conflict with her, she left our home without informing anyone of her plans or destination. As newly saved babes, it was the first real heartache that Luciana and I took to the Lord in prayer together. Some of the background to that problem will illustrate how our praying together was then —and still is today —a point of real strength for ourselves and now for all our children.

Although the Lord helped me to overcome my addiction to alcohol right from the time of my salvation, my ability to relate to the family did not improve as quickly as we would have liked. This was probably the main reason why Luciana’s youngest was drawn into the company of some unruly and rebellious kids.

It was a Thursday night when she left home, and of course, mom, brother, sister; the natural father; and I were equally devastated. Our prayers were not only for her safety, but also for grace and wisdom in knowing where to begin the search. Calls to friends, visits to places where we thought she might be during that night and throughout the next day brought no results.

By Saturday morning we were all frantic, and realized that in the chaos we hadn’t taken the time to pray together. Luciana and I knelt together at our beside and poured our hearts out before the Lord in tears and supplication. As we did, it was as if the “peace which passes all understanding” that Paul speaks about in Philippians 4:7 came over us as we carried the burden to the Lord in prayer and resolutely agreed to leave it in his loving care without taking it back. We’ve found that our praying together helps us leave the burden with the Lord!

You can easily imagine the extent of the joy that entered our souls when our daughter phoned about half an hour later. She was not willing to say where she was, but just that she had realized we would be worried, and had decided to phone and at least say that she was safe. What a relief to hear those words! We were filled with thanksgiving, knowing that it was the Lord who had prompted her to call in answer to our prayers.

The problems were by no means over. Our little darling had gotten mixed up with some older kids who were on drugs, and when we did eventually track them down, there was a need for some serious confrontations with several of them. Over the next several years, there were many other times when Luciana and I had to seek comfort, wisdom, and the strength from the Lord together.

The situation started to improve only after one really unpleasant incident. Once again, our daughter left home, this time to move in with an addict “friend” against wishes. This time we found as we prayed together that the Lord gave us the extra courage we needed to take a really tough stand about her relationships, and to have faith that he would bring about the necessary changes instead of allowing us to continue to fail by doing it our way. When she returned home after about ten days to collect some belongings, Luciana reminded her firmly that it had been her choice to move out, and insisted that she get straight back to wherever she was staying. The shock of the change the Lord had enabled us to make toward her poor behavior had an impact on her and she returned home several days later with a repentant heart and a much better attitude.

God’s progressive answers to our joint prayers are now evident in the life of our daughter; who was one of the few amongst her friends who came out of those adolescent escapades without any permanent scars. One of her friends during that rebellious time died a couple of years later of an overdose, and another one, whom I’ve come to know through a recovery ministry, is still struggling. We not only rejoice in the Lord’s protection of Luciana’s daughter, but were thrilled when a few years after the change in her attitudes and behaviors, she received the lord Jesus as her own personal Savior.

Today, Luciana’s three children, my two children, many of their friends, and even our respective ex-spouses have accepted the Lord as their Savior. I have become progressively more involved in a Bible-based outreach and training program for people caught up in substance abuse—mainly out of gratitude for what God has done in my own life, but also because I want to help others avoid the same mistakes that I made as an alcoholic, a husband, and a parent.

Luciana and I were further blessed with a son of our own seven years ago, and the way in which God has ministered his love as our heavenly Father to us through this child is yet another miracle. It is a perfect example of God’s faithfulness in responding not only to our individual prayers, but, it seems to us, especially to our joint prayers.

We’re able to pray to God with much thanksgiving, and to accept that when he does not say “yes” immediately, it just means that he wants us to persevere and to wait patiently upon him for a while longer. It is during those times of waiting that we have learned so many things of value for our life together here on earth —and also for a more meaningful purpose that will be revealed clearly only on the day when Jesus returns to take us to our eternal home in heaven above.

The above testimony comes from the book, When Couples Pray: The Little Known Secret to Lifelong Happiness in Marriage

, by Jan Stoop, published by Vine Books. It is one of many testimonies that appear in the book, as well as real down-to-earth advice. Not many married couples have discovered the secret to daily prayer together. In fact, informal statistics reveal that only 4% of all Christian married couples do so. After years of marriage without the spiritual intimacy of praying together daily, Jan and David Stoop overcame their reluctance and took the plunge. This book can testify to the positive difference it can make in marriage when that is done. It’s a book worth reading and carrying out the advice it gives.