Did We Make a Mistake in Marrying? 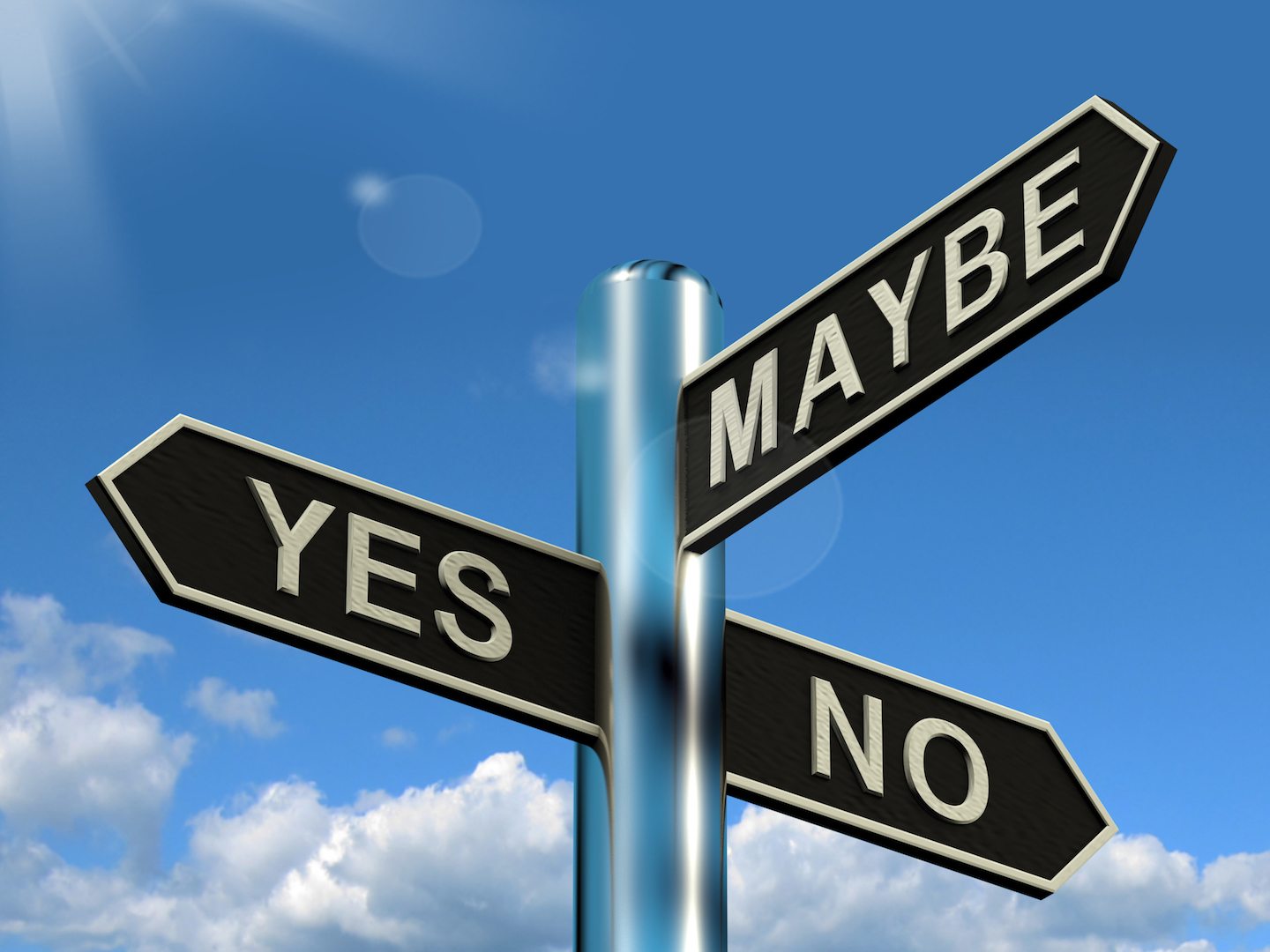 My husband and I agreed we never should have married. We wondered, did we make a mistake in marrying? Here’s what we did about it.

It could’ve been a scene from Father of the Bride when our daughter Alison and her boyfriend announced they were getting married.

While I whooped and hollered and hugged everyone in sight, my husband grew uncharacteristically quiet and drummed his fingers on his leg. I chalked it up to Barry’s aversion to tuxedos or panic over a wedding’s high cost. But once we were alone, I discovered it was something else altogether.

“I don’t want them to make the same mistake we did,” he told me. I gulped. “But they’re not us,” I assured him. “Besides, look how far we’ve come in 21 years. Do you still think we made a mistake?” Although I knew he would agree that God had transformed our marriage, it was a hard moment.

Barry and I got married three months after we met, with little clear thinking but an overwhelming physical attraction. By the time we discovered we had nothing in common, we had already vowed to love each other. Forever.

Very soon I discovered I was pregnant, and neither of us wanted to break up our family. So Barry and I spent the first decade of our marriage pondering the “if onlys,” each thinking we’d married the wrong person. We had a few laughs, but secretly we believed a truly fulfilling future was out of our reach.

And we weren’t the only ones. Several friends have admitted they reached a point in their marriages where one or both partners said, “We made a mistake. My needs aren’t being met. I want out.” Our friends Mike and Amanda, for instance, were considered a “mistake” before they even got started. A premarital counselor told them they were “totally incompatible.”

“But we were in love!” explains Mike. So he set out to do everything right. He read marriage books and followed every principle. He didn’t understand that no book could dictate how, exactly, to shape his unique marriage to Amanda. But because Mike thought he was doing everything “right,” when something went wrong, it was never his fault.

Amanda says their marriage was like “Pharisee Meets Samaritan Woman” —she was always in the wrong. When she was angry, she’d retreat from Mike, leaving the room and creating emotional distance. Eventually both of them turned their attention to separate friendships and activities.

For a while Barry and I also lived as “divorced marrieds.” Barry sought fulfillment through sports and tinkering around the house, while I worked on crafts and sewing projects, shopped with friends or went to church activities. We kept ourselves detached, each thinking we could’ve done better with someone else as a life partner.

Such extreme emotional detachment can lead to infidelity. A couple from my Bible study fell into the “divorced married” trap. “We didn’t fight,” explained the husband. “It was just nothing.” They both felt their marriage was a mistake, and both had extramarital affairs.

Disappointed couples often dwell too much on what might have been. In his book For Better, For Worse, For Keeps (Multnomah), Bob Moeller points out,

“Retracing our life’s steps and wishing we had made different choices may provide momentary distraction, but ultimately it does nothing to bring reconciliation.”

It does the exact opposite, in fact, by breeding discontent and resentment. Mentally rehearsing where you went wrong keeps you from being thankful for what’s right, and from working to make things better. Emotional distance and the “if onlys” are warning signs that a marriage is in danger.

Another indicator is blame. I blamed my marital unhappiness on the fact that I’d become a Christian early in our marriage and Barry hadn’t. I felt sure he was the reason for all our conflicts and distress. And I let him know often that our life would be so much easier if only he’d obey God. Finally, he told me that if I wanted a Christian husband so bad he’d go to church and pick one out for me. That’s when I realized my pushy behaviors were hurting, not helping.

Where to Go from Here

It’s easy to rationalize: I married the wrong person. Since we’re both miserable, the logical thing to do is get out now. Yet how often do we ask, “Does God think my marriage is a mistake?”

“Dwelling on whether or not you married the right person ignores God’s stake in the choice you already made,” write Dr. Richard Matteson and Janis Long Harris in What If I Married the Wrong Person? (Bethany). Barry and I may not have shown any regard for God’s purposes for us, but our choice to marry didn’t surprise him. Looking back, what we once considered a mistake we now view as part of a higher plan.

“God’s purposes are greater than our poor choices,” writes Moeller. “He can accomplish things we never imagined, in spite of our mistakes.”

I wish I could say Barry and I set up a ten-step plan to improve our marriage once we realized we were living with regrets. Personal growth takes time, but we hung in there long enough to let God work. Here are five steps that will help you set your disappointments aside long enough to focus on what’s good about your marriage.

1. Begin at the beginning.

Go back to your original vow to remain married for the rest of your lives. “The way to renew a marriage doesn’t begin with a change of emotions,” writes Moeller, “but with an act of will.” The restoration of joy and fulfillment is brought about by living by our promises.

My friends from Bible study who both committed adultery could have claimed they had biblical reasons to divorce, but they made the difficult choice to stick with their original commitment. “It wasn’t easy,” the wife admitted, “but with divorce not being an option, it forced us to work toward reconciliation.”

Barry and I began acknowledging our individual failures and seeking each other’s forgiveness. As the verse in Philippians says, “Forgetting what is behind and straining toward what is ahead, I press on toward the goal.” In this case, our goal was a mutually satisfying union.

I stopped viewing Barry as he could be (which he interpreted as disapproval) and began appreciating him for who he was (among other things, trustworthy and responsible). I realized I actually liked him!

3. Keep going until you get there.

As Moeller stresses again and again: “The only way out is through.” That means no giving up-even in adversity. Our friend Mike, who liked to do everything “right,” learned the hard way that no problem is solved by running from it.

When his wife, Amanda, put up a wall of anger, Mike would console himself by saying, “All I need is Jesus.” But a counselor pointed out that unless his retreating into God’s presence resulted in reaching out to his wife, his actions displeased God. Although he likened it to confronting enemy fire on a battlefield, Mike began reaching out to Amanda. “To me,” she said, “more than all the ‘right’ things he does, that shows me that he loves me.”

Paul reminds us in Ephesians 3:20-21 that God “is able to do super-abundantly, far over and above all that we [dare] ask or think-infinitely beyond our highest prayers, desires, thoughts, hopes or dreams” (Amplified). That promise is true for marriages —even when only one partner is willing to change. “There’s always hope,” says writer and speaker Claudia Arp, “because God needs only one heart to begin to work in a relationship.”

Instead of bemoaning a “marriage mistake,” I relinquished my ideas of what makes a satisfying marriage and asked God to give me a servant’s heart toward Barry. Packing his lunch, running errands for him, keeping the driveway swept-I did these things (and still do) because I know Barry views them as proof of my love. Over time he responded by staying home more and choosing to spend time with me.

Sigmund Freud said, “Someday, given enough time, we will look back on our lives and discover the most difficult moments have become the most precious to us.” My “someday” came about ten years ago when Barry gave me a ring he wore as a child, a gold band with a diamond and ruby chip. He said, “When we first got married, I didn’t love you. But I do now.” Through my tears I confessed my original lack of love and added, “I love you now, too.”

Did we make a mistake? It doesn’t matter anymore. What matters is the love we’ve found from the God who redeems and makes all things new.

This article was featured in the Summer 1997 issue of Marriage Partnership Magazine, which unfortunately, is no longer being printed. But they do have a huge number of archived articles posted on the Todayschristianwoman.com web site. We highly recommend that you visit it to see what you can learn about marriage.

The author of this article, Nancy Kennedy, lives in Inverness, Florida. She is the author of Honey, They’re Playing Our Song (Multnomah/Questar).

66 responses to “Did We Make a Mistake in Marrying?”