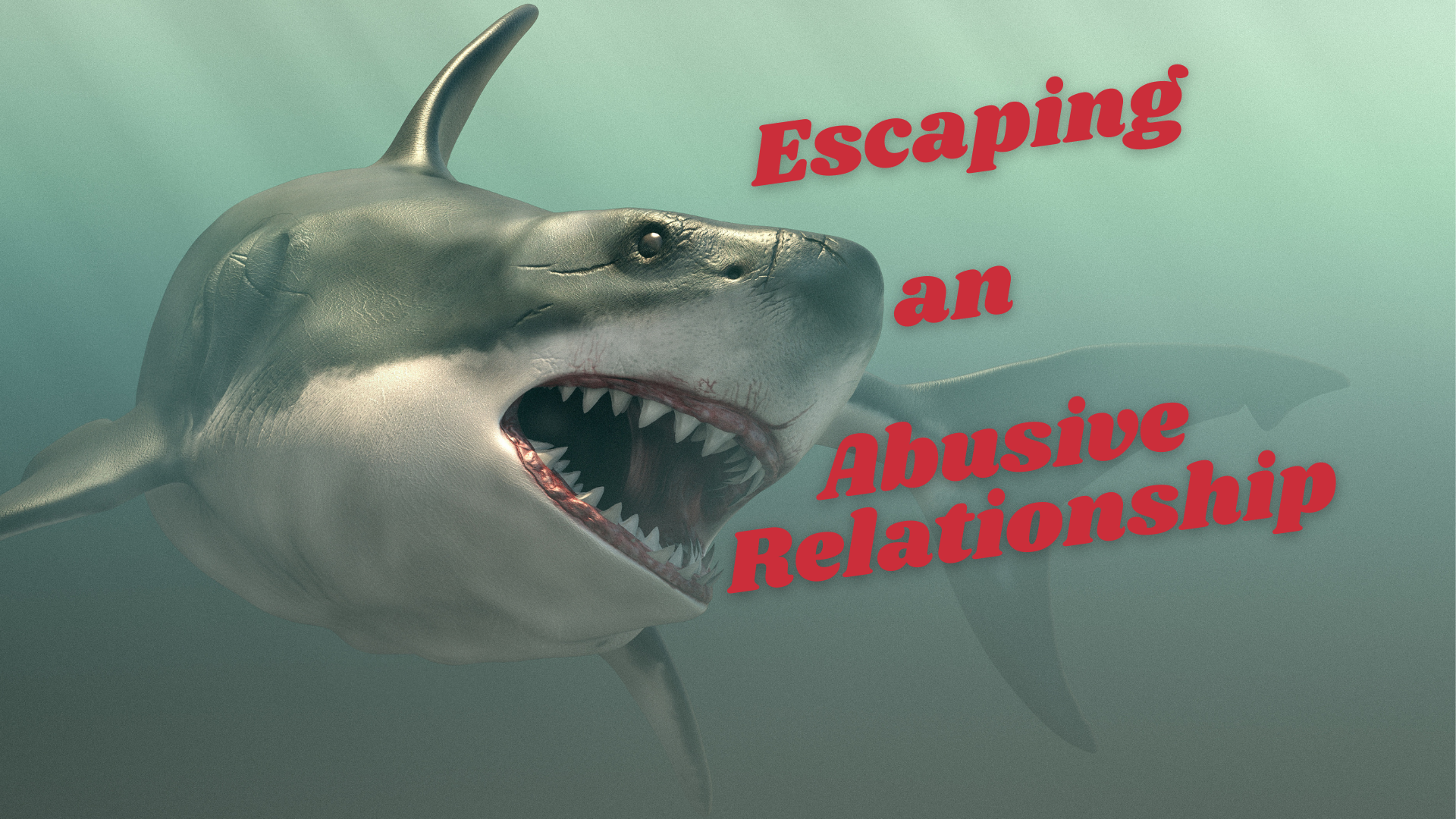 Are you in an abusive relationship? If you are, please prayerfully read the following:

A year after I started dating a man named Sam, I had a dream. He and I faced each other in a small, round swimming pool. We laughed as the sun shined on us. Love was in the air, and life was good.

Then without warning, Sam morphed into a shark. I screamed like a victim in a horror film as he flashed deadly, razor-sharp teeth. Sam chased me relentlessly, and I knew he wanted to kill me. My dream revealed what I already suspected in my heart but was terrified to face head-on: Sam was dangerous.

It seemed impossible. He was a pastor’s son, financially stable and sociable. Theological books lined the walls of his mortgage-free home. He had a million-dollar smile, a quick wit and a genius IQ. My father even commented how even-tempered he seemed. But ten months after meeting Sam in the Christian section of a bookstore, I began to see the real Sam —charming on the outside, but a controlling, manipulating, verbally abusive shark on the inside.

Gaining an understanding of what a man is truly like takes time. A puzzle piece here, a puzzle piece there, until finally, through various experiences, I assembled a picture of who he was. Because I tend to believe the best of others, I was slow at collecting incriminating puzzle pieces about Sam. But after three exhausting years, I finally put together something that looked just like the shark in my dream. I was in an abusive relationship.

The first puzzle piece emerged not long after Sam and I met. At the time, I had no idea that his “leadership” was really control. I thought it was great that he wanted to help me and be “the man” in our relationship. Isn’t that what every woman wants—a Knight in Shining Armor? He negotiated a better payment arrangement with my apartment manager. He cleaned out my kitchen cupboards without being asked and helped me get a better deal on an insurance claim.

Finally, Sam showed up at my work unannounced to “help” solve a conflict with a co-worker I’d spoken with him about. I knew then that something was desperately wrong. More episodes of his controlling temperament followed: He made me promise that I wouldn’t wear a swimsuit at a local pool. He raged when I wanted to travel to see my family for Christmas and screamed at me because I didn’t pay the discount price for a soft drink. One day, he even grabbed my breasts and announced, “These are mine!” I pushed his hands away. Still, I still stayed with him. Why? Because I was ignorant about control and abuse, I didn’t think I deserved better and I didn’t trust my own judgment.

I discovered the second piece of the shark puzzle when we visited his mother. It’s then that I realized he hated women. When we walked through her door, Sam snubbed his mother. When he sat on the couch, he pulled his hat over his eyes and ignored her while she greeted him. A siren went off in my head. He hasn’t seen his mother in six months and he’s ignoring her!

All the comments he’d made about women came flooding back: “My mom is a foolish woman!” “My sister is a liar.” “Becky cheated on me.” And the one that should have given me the greatest reason to run the other direction: “My father was not able to keep my mother under his thumb.” After we broke up, he even proudly announced that he was going to Mexico to “find a good woman who hasn’t been contaminated by the culture of the United States.”

Puzzle piece number three involved blame. Nothing was ever Sam’s fault. Of course, I made him rage. He even said he couldn’t control his anger because he was Irish. Since he was always innocent, it shouldn’t have surprised me that, when I suggested counseling, he retorted, “No way! I’m not going to listen to any woman tell me what to do!”

What was I doing the entire time I was collecting puzzle pieces? I was crying, peacemaking, encouraging and apologizing —over and over —for things that weren’t my fault. I also isolated myself from anyone who knew me well. Of course, I believed Sam’s lies all along. He convinced me that I was getting too old for any other man and that our relationship was normal. After all, relationships are hard. Right?

In spite of all the things I did do, there was one thing I didn’t do —I didn’t get mad. If my “internal injustice detector” worked the way it should have been and my “self-esteem meter” ran smoothly, I would have allowed my rage to swell. From there, I would have harnessed that anger in this abusive relationship to tell Sam to get lost.

When we dated, anger wasn’t an option; now I know this is wrong! I’ve learned that when used constructively, anger is a powerful tool to protect myself and others. Not too long after I’d assembled the shark picture, I mustered the courage to put my anger to work for positive change.

Sam and I had just arrived at his home after shopping. He raged at me as we sat in his truck for a reason I can’t remember. What I do remember is that an ocean of tears streamed down my cheeks as I wailed. Sam didn’t care. He didn’t stop. He just kept attacking me. “You’re the most argumentative woman I have ever met!” he screamed. “I’m leaving; and when I get back, I don’t want you to be here!”

For the first time, I allowed myself to feel the injustice of abuse. It freed me from the shark in the pool. My inner woman stood with shoulders erect and jaw clenched. Okay, you said it. You can eat your words this time.

Without missing a beat, I got in my car and drove home. I haven’t seen him since.

After I left Sam, I forgave him and found my laugh again. My ulcer I’d started to develop disappeared, and I discovered a new joy. I also determined not to allow anyone to steal my future through abuse.

Absolutely no more sharks for me.

This article was written by Shana Schutte, and was formerly posted on a web site that is no longer in existence. We saw no copyright, so we’re posting this here, praying the message goes on to beware of the sharks out there. We hope this inspires you to escape your abusive relationship (if you are in one) before it gets even more dangerous! And if your relationship is dangerous, please read more in the Abuse in Marriage topic. This may help you to be empowered to find a way of escape.

3 responses to “Escaping My Abusive Relationship”