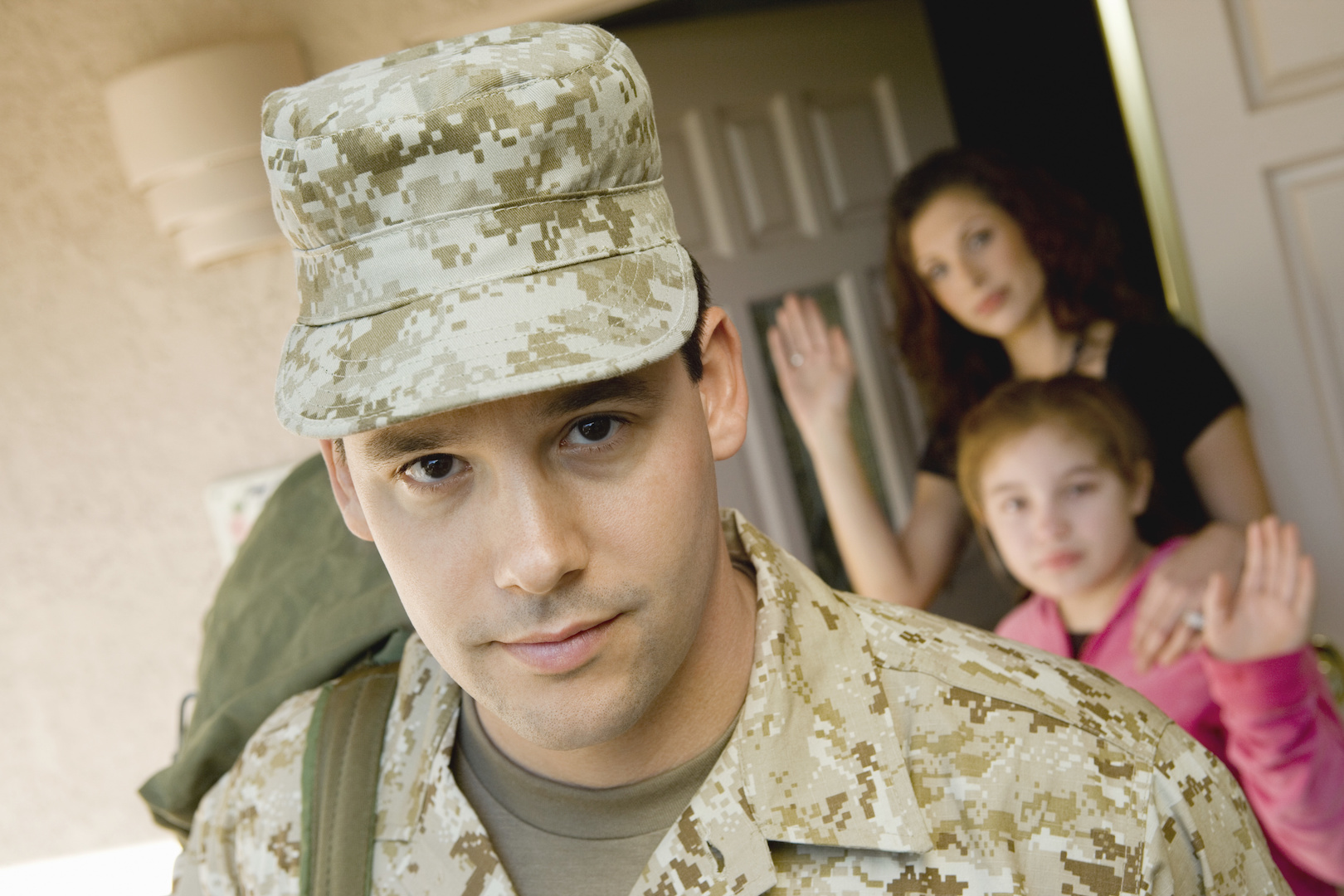 John Cook, an Army colonel and chaplain has a military marriage. John has been married for 22 years. He describes the greatest challenge military couples face as: “long and frequent deployments that tear at the fabric of close relationships.”

Add to those deployments fear and uncertainty for a spouse deployed in a danger-filled combat zone. Also add the inability to make long-term plans, and the pressure of parenting solo for long periods of time. Plus, there is the problem of living far from extended family, frequent moves, and fears about unfaithfulness. These challenges, consequently, require military couples to learn the secrets of building strong marriages.

Accept Change in a Military Marriage

In a military family, “The one thing that always remains the same is the constant barrage of changes,” says Aimee. Her husband, Matt, has served in the Army for 13 years. “Through that time, we’ve been separated throughout pregnancies, trips to the ER, and milestone birthdays,” she says. “Even so, we thank God for continued strength to endure what lies ahead. Quite often, we have quietly reflected on how God has put everything into place for us. In our experience, it seems like the more that is thrown our way it seems we come out stronger in the end.”

“It’s all about attitude,” according to Lori and David. They have been married 12 years. “We look at each assignment [David receives] as a new adventure,” Lori says.

“Our children have established more meaningful relationships. They have been involved in more amazing churches, and traveled to more places than I ever did in my childhood. Yet there are difficult times. But we know that Jesus loves us, and He is always with us no matter where we go.”

Gaye, a military wife who has been married 22 years, can see the positives of a military marriage. “The plus-side is that with each [change and] challenge, there is great opportunity for growth. We know that God can bring good out of any situation.”

Focus on Relationship in a Military Marriage

Melissa’s husband, Jim, recently retired after 21 years of military service. Trust has been at the core of their marriage. “We could never have made it through the six deployments had we not trusted each other,” Melissa says. “His last deployment had Jim working every day with a female pilot. He told me all about her.” Jim’s honesty and transparency helped to keep their marriage relationship strong.

Jennie, whose husband is retired from the military after 30 years of service, says couples should eliminate any talk of divorce or separation when troubles arise. Instead, they need to focus on communication. It’s important to focus on having fun as a couple, sharing parental duties, and attending church together.

Lisa and Rick have been married for 22 years. For Lisa, one key has been verbalizing her love for her military man. “Don’t let a day go by that you do not tell [your spouse] how much you love and cherish him as many times as you can. Additionally, you need to go out on dates and enjoy each other’s company. It’s important to remember why you married that person and let him know.”

Rick recommends that couples “communicate openly and … allow each other to make mistakes.”

Sharing Is Important in a Military Marriage

“Share everything,” Aimee advises. “Share the frustrations, apprehensions, and concerns.” Even communicating about routine activities keeps both the soldier and the spouse informed and engaged with what is going on at the other end.

On the other hand, Lori is careful about the information she shares with her husband when he is deployed. “I promised myself,” Lori says, “that I would try not to tell him things that he had no control over. This includes things such as the washing machine breaking. He had so much on his mind. Above all, I was concerned about his safety and what constantly hearing bad news [could] do to him.”

Colonel Glen Bloomstrom, an Army chaplain, recommends that couples explore marriage enrichment retreats and seminars. They can include the Army’s Strong Bonds chaplain-led program (Strongbonds.org). These events are offered at most base chapels.

Maintain a Strong Faith in Your Military Marriage

It’s important to note that Psalm 127:1 reminds us: “Unless the Lord builds the house, its builders labor in vain.”

Dawn, who serves in the Army, has been married to Robert for 7 years. To maintain a strong faith, they recommend couples regularly attend an active church. They also constantly study the Word of God together.

Aimee agrees. “It’s important to find a church where the spouse feels comfortable attending alone or with the kids when the soldier is deployed. It’s also important to surround yourself with Christ’s followers.”

Ultimately, many military couples have been quick to realize that prayer knits together the relationship between Christ and the two of them. Lisa draws strength knowing that Rick prays for her every day. Rick advises, “Read the Bible and pray daily. Actively seek out Christian friends at each duty assignment. Also, talk to your children about your faith. Make sure you place God at the center of your marriage.”

“As in any marriage,” Gaye says, “we have to put a priority on quiet time and prayer. This is in addition to family devotion and plugging into a strong body of believers.” Years of moves can be disruptive. But “it’s easier to accept a new assignment and move when we trust that God is sovereign. He knows what’s best for us, including His best for my husband’s career and our family.”

In addition to the need for a good church home, Colonel Cook recommends that couples continue with shared devotions, even during deployments. “I loved using the same devotional resources as my wife when I was deployed,” he recalls. “It allowed us to share thoughts and encouragement with each other almost every day.”

Lastly, through 17 years of military service, Rick keeps it in perspective. “Military careers are temporary,” he says. “Eventually we all must hang up our uniforms. Our faith in Christ and our commitment to our spouse and family are permanent. Most of all, we need to keep your priorities in order.”

This article is shared with us courtesy of HomeLife and was originally posted on the great resource web site of Lifeway.com.

Donna Bowen McKinney who works for the United States Navy, wrote this article. She and her husband, Mac, are additionally the proud parents of two college-age daughters.