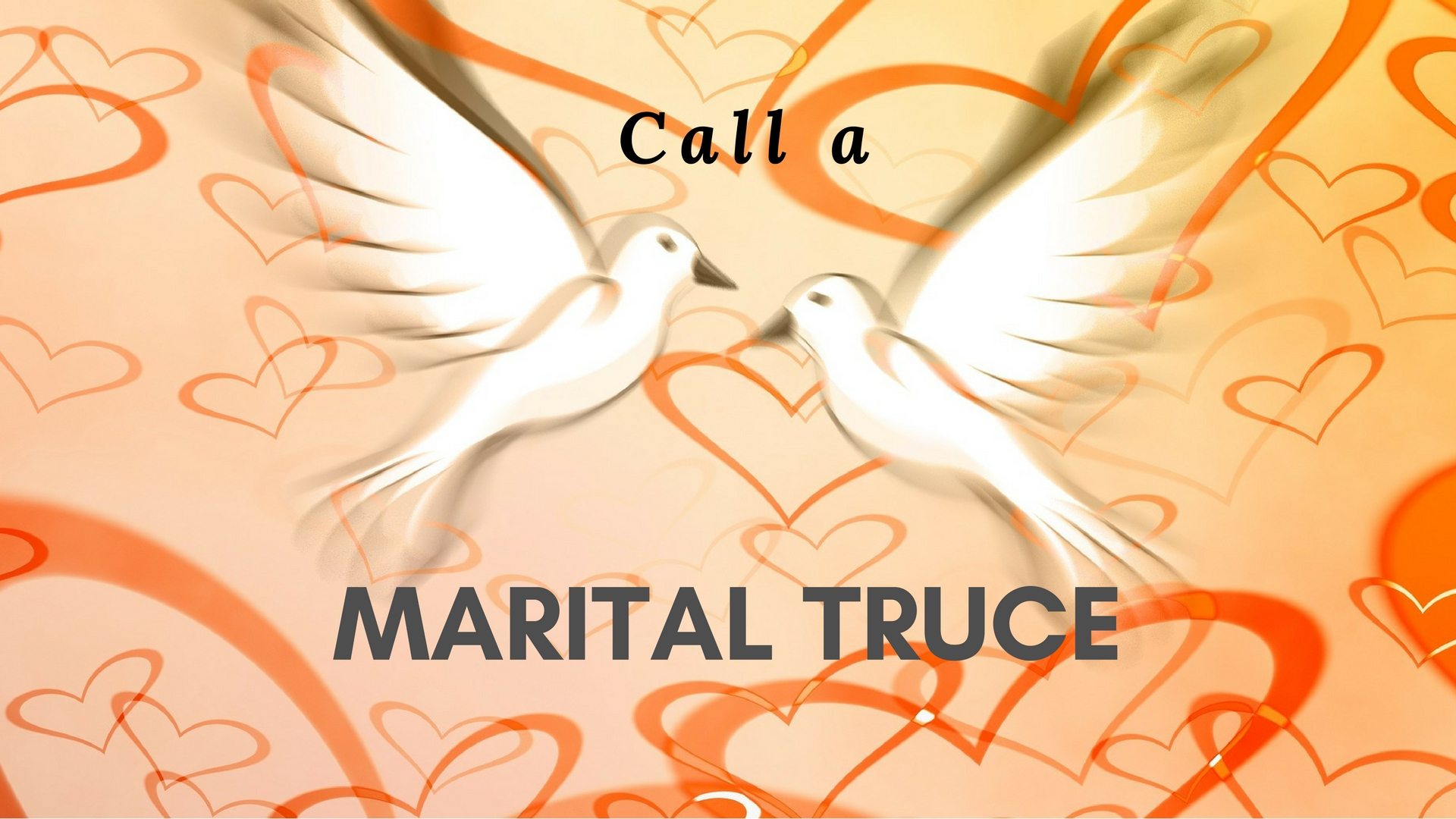 Are you and your spouse arguing to a point where it is becoming, or is, unhealthy? If so, you should consider calling a marital truce.

Yep! It does. How about you, can you relate? As I often tell people —Steve and I don’t argue as much any more because in our 45+ years of marriage we’ve argued about almost everything under the sun at some point. There really isn’t much left to argue over. But even so, it’s surprising how we can still find things to knit-pick about at each other. We do this sometimes, even though we know better.

We’re learning though —we’re learning to keep shorter accounts with each other. We’re learning to not build up grievances. And we’re learning to deal with them —to approach each other with more respect. It’s important to “nip things in the bud” (as the great “theologian” Barney Fife used to say. We need to talk things over while they’re still little issues and before they blow up into bigger than life situations.

And we’ve also been learning the importance of  “CALLING A MARITAL TRUCE” when our irritation with each other starts to go into directions that could cause harm to our partnership with each other and with Jesus Christ.

The following are a few more important thoughts that Donna Otto wrote about called “The Treasure of the Truce” contained within the book, The Best Thing I Ever Did for My Marriage: 50 Real Life Stories

compiled by Nancy Cobb and Connie Grigsby (published by Multnomah):

“After some years of marriage —and problems —David and I came to the conclusion that heated arguments that escalate into toe-chillers are stupid. We can do better than that, regardless of who is right or wrong. But how do you stop the rolling battles before they become deep canyons of separation? We discovered the treasure of the truce.

• “After a truce is over, we will talk about the disputed subject again.

We challenge you to try using this tool the next time you get into an argument. See for yourself if it doesn’t lend itself to a more “peaceful” resolution to the situation.