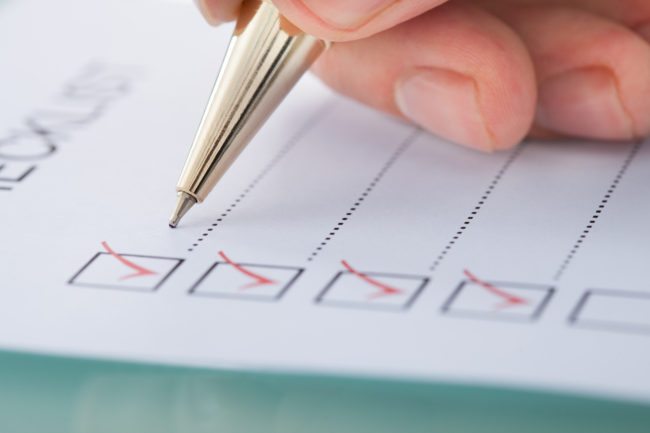 Are you having a hard time explaining your needs and desires to your husband? Here are some suggestions:

Make a list of the needs and desires you would like to see your husband fulfill. Divide your list into four categories: emotional needs, physical needs, spiritual needs, and mental needs. In some areas you may have an overflow of needs, and in others you may have to struggle to think of one need. But delve into your feelings until you believe your list is complete. Condense the list into the smallest number of vital needs so it doesn’t appear overwhelming.

As you explain the list to your husband, remember to discuss one need at a time until you’ve covered each subject. Your husband may have trouble accepting the importance of some of your needs. You may have to discuss the difference between men and women where sensitivity is concerned. But be sure to maintain the right attitude while explaining. When you appeal to him for understanding, avoid self-pity, jealousy, and whining. These approaches are repulsive to anyone, especially your husband.

Finally, as you begin to discuss your needs, be sure to use the salt principle when appropriate. Look for creative ways and times to share these needs. For example, you might want to write your husband a letter explaining a few of your deepest longings. Be careful not to accuse or imply failure on his part; just explain how you feel. Let him read it alone if he chooses. Be sure he can read it during a calm, tension-free time of the day.

One woman told me she was extremely discouraged about her husband’s lack of interest in her. He had a tremendous drive and interest in his work, his friends, his pastimes, but almost no interest in her or their children. She talked on and on about how much she had tried to get him to change. Nothing seemed to work.

When I discussed it with her husband, I found she had continually confronted him with his failures as a husband. He said she always seemed to choose the wrong time to talk about their problems. This happens “Just when I was trying to unwind.” To top it all off, she came across as a combination of prosecutor, judge, and jury.

Just before he went to bed, just as he got home from work, almost anytime he “let down” around her, she started condemning and reasoning.

I began to see that she had what I call a “contentious spirit,” one that always contends for its own way. She was constantly pushing him into a corner, trying to make him see her point of view.

Even the Bible describes the effects of a contentious woman. She drives out a man like the searing desert sun; she drives a man to the corner of a rooftop; and she drips on a man like a steady rain (Proverbs 25:24; 21:19; 27:15).

What perfect analogies. Around the house this woman’s habits were as annoying as a constant dripping-like a leaky faucet. Her contention was like the sun beating down on a wayfarer in the desert. No matter where her husband turned, he couldn’t get away from it. He found no oasis of relief because she continually reminded him of his failures. Finally, her actions forced him to the corner of the rooftop with nowhere else to go.

Want to know what brought him down off the rooftop in a hurry? His wife got rid of her contentious spirit. Consequently, she inspired a tremendous change in her husband. Today she describes him as a much more loving husband who meets her needs in ways she never even dreamed possible.

Explaining your feelings and needs is not the same as voicing complaints.

One couple, who constantly bickered, determined to go through a whole week without voicing any criticism. Rather than argue, each time either of them became irritated, they wrote it down.

Each time either was annoyed by the other’s failure, he or she wrote it down. They placed each “complaint” slip in one of two boxes, a “his” and a “hers” box. At the end of the week, they planned to open the boxes. He would read her complaints and she would read his.

Saturday night finally arrived, and he decided to go first. He opened the box and began to read the dozens of little notes, one at a time. His eyes reflected the hurt and disappointment in himself as he read the complaints. “You’ve been promising to fix the screen door for six months, and it’s still not fixed.” “You never put your socks in the dirty clothes.” “I’m getting sick and tired of having to pick up after you everywhere you go.” He was sincerely grieved by all the ways that he had offended his wife.

Like many wives, you have been fooled into thinking that one day your complaints would finally re-mold your husband into the perfect mate. But I hope the example above clearly illustrates that unconditional love and tenderness, not complaints, can transform a cranky opponent into a humble, loving partner.

However, it is important to verbalize your feelings. One wife touched her husband’s heart with the note she wrote him. He actually changed his weekly schedule to include more time with her. The note read:

“Many days I feel like a shining little red apple —one of the top ones in a barrel. Everyday you come by and choose one, but never me. Your hand comes close, sometimes you even lift me up, but always you choose another. I’ve got a little worm growing inside me, and each day I become less attractive. I long for the day that you choose me!”

This article came from the wonderful ministry of Dr Gary Smalley (from a newsletter we received from his ministry). Gary Smalley was the founder and chairman of the board of the Smalley Relationship Center which is one of the country’s best-known authors and speakers on family relationships. He has published more than 40 books.

Here are a few articles that may also help you in this mission. Pray, read, and glean through the info you can apply as the Holy Spirit, our Wonderful Counselor shows you will work for your marriage:

• HOW TO RESPECTFULLY COMMUNICATE YOUR NEEDS TO YOUR HUSBAND

• HOW TO TALK TO YOUR HUSBAND TO TRULY CONNECT

43 responses to “Explaining Your Needs and Desires to Your Husband”