Fight for Your Marriage 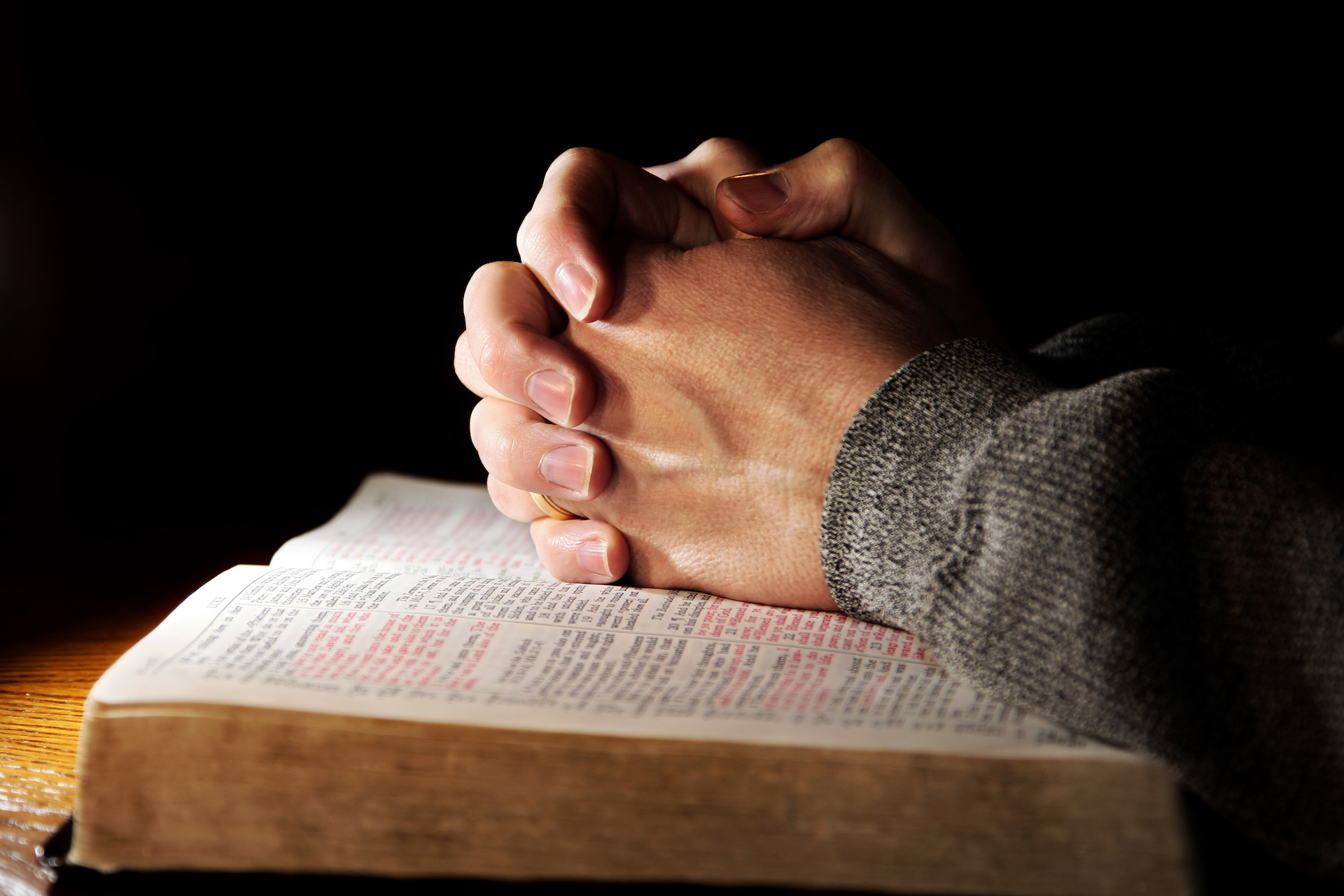 Attention pastor’s wives: Satan is out to kill your marriage and destroy your ministry. But God has given you the tools to defeat him.

Sarah was a waitress. Timid and a little naive; she spent most of her time thinking about her job and her friends. The last thing on her mind was being involved in a war.

The local news was filled with stories of people getting killed; but Sarah didn’t know these people. So the reports had little effect on her. But soon the violence got closer to home, when several of her friends were killed. Finally, for reasons completely unknown to her, a stranger walked up to her and pointed a gun right at her forehead.

These scenes are from the 1984 film, The Terminator. The heroine of the movie, Sarah Connor, did not realize that she was in a key position. Her unborn son was destined to become the hero of an unseen war of the future, so the enemy was out to destroy her. If he could destroy Sarah, the battle for human freedom would be lost before it ever started.

Sarah was nearly destroyed because she didn’t know someone was after her. Her character illustrates the point that what you don’t know will kill you.

I got married in my early 20s, bright-eyed and ready to serve God. My husband, Chris, and I worked in an inner-city church and saw thousands come to the Lord. But I didn’t realize I was in a key position. Because I didn’t know someone was after me, I was nearly destroyed.

Chris and I have worked with Bill Wilson’s Metro Ministries in Brooklyn, New York, since the early 1980s. Tens of thousands of inner-city children have heard the gospel through the bus ministry and Sidewalk Sunday schools. As a result of this success, Metro Ministries has been instrumental in changing the way people look at urban ministries around the world. But there has been a price to pay.

Through the years I’ve been cursed at, threatened, rocked and egged. I have seen people beaten, robbed, shot and killed. I have awakened to sounds of breaking glass and screaming people trying to escape burning buildings. I’ve attended too many funerals to count.

We’ve been caught in the crossfire as drug dealers shot at one another. One night a bullet came through the window of a van Chris was driving—missing him by mere inches. I’ve had to teach our children to look both ways not only when crossing the street, but also before coming out of a building so they won’t get caught in a shoot-out.

Satan’s strategy is simple: He knows that by destroying your marriage, he can destroy your ministry. Therefore, you are a target. Your husband is a target. Your marriage is a target. I didn’t realize this until I felt like my marriage was nearly destroyed. Don’t let it take that long for you. What you don’t know will kill you.

How to Win the Battle

God wants you to take your rightful place—to live and move in the strong position in which He has placed you. From this strong position, you can see your enemy clearly, and you have the power, through Jesus Christ, to stand against and defeat anything he throws your way. You also are in a position to go on the offensive and advance the kingdom of God.
But you have a choice to make. You can sit back and let the devil have his way. Your marriage can get walked on; your ministry can be stomped on. Or you can say: “Not today, Satan. You’re not taking me out. You’re not taking my husband out. And you’re not taking our ministry out.”

The battle is raging for your marriage and ministry, and you must take your place and fight. There are three ways to do this:

God’s Word is powerful, and He says it will not return to Him void but will accomplish that which He sent it to do. (See Isaiah 55:11.)

For the first several years of our marriage, I can honestly say I hardly prayed for my husband at all. If I did, it was something like: “Lord, I pray for my husband…um…I pray that You’ll help him…and uh, that he’ll have a nice day.”

Then I learned to pray the Word of God over my husband, our marriage and myself. That made all the difference in the world. Instead of feeling defeated, I felt empowered. I saw real growth in our marriage and a steady forward progress in our ministry. God will give you discernment as to what to pray about and what verses to use. He will give you the authority to invite in the good and send away the bad.

He will also give you the fierce anger of the Lord. In Genesis 3:15, God said to the serpent, “‘I will put enmity between you and the woman‘” (NKJV). The Hebrew word translated “enmity” has to do with hostility and fierceness. So the enmity, or anger, that God put between the woman and the serpent is a fierce anger. This fierce anger that started with Eve and the serpent in the garden lives on in us today. God has placed it in us to use as a powerful weapon against the enemy.

Fight with the Word of God

When you see the work of the enemy in your husband’s life—whether it comes in the forms of discouragement, strife, pride, confusion or anything else—you don’t have to just stand there helpless, watching it happen. Let the fierce anger of the Lord rise up in you. Pick up the Word of God and fight.

Another key to fighting for your marriage is to walk in strict obedience to God’s ways for wives, even when the world and your own feelings disagree.

Satan wants to get you out of your strong position. He is afraid of the power that is in you through Jesus Christ. He fears the fierce anger God has placed in you, and he knows what you can do to advance the kingdom of God by taking your place next to your husband.

Satan has no authority to take you out of the position God has placed you in, so he tries to get you to leave it yourself. How does he do this? He does it like he does everything—through deception.

The devil has worked for centuries to set up a world system that says a strong woman must never submit to a man. It says, “Submission means getting walked on.” God clearly commands, “Wives, be subject—be submissive and adapt yourselves—to your own husbands” (Eph. 5:22, Amplified). The truth is that when you submit to your husband, you will not be weak, you will be strong, for whoever obeys the Lord is strong.

The world says to respect someone only if you think he is worthy of it. Many times we as Christian wives go along with that standard. I know for years I did. But that’s not what God says. God says, “And let the wife see that she respects and reverences her husband.”

When you commit yourself to obey God’s commands for wives along with praying for your husband, it actually makes more power available: “The earnest (heartfelt, continued) prayer of a righteous man makes tremendous power available—dynamic in its working” (James 5:16).

But disobedience and unrighteousness will keep you from receiving God’s power. Disobedience makes it easy for you to be deceived. Unrighteousness gives the enemy a foothold. You must be determined to obey God’s commands for wives. Only then will you succeed.

Keep standing strong in the face of opposition even when it looks like your marriage or ministry is over.

As a Christian leader, your husband will go through times of darkness. These struggles may be more intense and more often than what you would consider normal. This can bring confusion. “If we’re living for God, why are we experiencing so many problems?” The fact is, it’s actually part of the position God has put your husband in as a teacher, leader, pastor or motivator of His people.

It’s good to know God will not give your husband more than he can handle but know that He will bring him right to the edge. Sometimes you’ll be the only one to see it. At church he seems just fine and “on top,” while at home he’s suffering. It’s OK. With God’s help, you can handle it. God wouldn’t have put you in the position of being his wife if you couldn’t handle it.

It helps to understand that as a pastor, your husband will go through trials for the sake of the people. Your husband will experience certain situations and feelings and hardships not for his sake, but so that he can understand what the people are going through. He will hear from God about how to deal with it and be able to teach them.

Also, for your husband to be used by God in a great way, he must go through times of testing and breaking. God will search him, expose what doesn’t belong and require him to die to self. It won’t be easy. During these dark times, it’s important that you do not get discouraged. Your job is to pray for him and help him however you can, realizing that the greatest help may be to back off and give him some space.

Then he’ll tell you things are so bad that you might as well give up. Don’t do it! Hold your position and keep praying and doing what God tells you to do. God intends for you to have victory. Proverbs 31:10 says: “Who can find a virtuous wife? For her worth is far above rubies” (NKJV). I used to think a virtuous woman was kind and sweet and got up early to make her family breakfast.

But when I read the Hebrew translation of Proverbs 31, I learned that she is much more than this. The word translated “virtuous” in this famous Proverb is the Hebrew word chayil. The word chayil has to do with armies and fighting, power and might. In 2 Samuel 22:38-40, chayil is translated “strength.” “‘I have pursued my enemies and destroyed them…For You have armed me with strength for the battle.‘”

Chayil is translated “valiantly” in Psalm 108:13: “Through and with God we shall do valiantly, for He it is Who shall tread down our adversaries” (Amplified). It is translated “valor” in Joshua 1:14, which speaks of “mighty men of valor” helping their brothers possess the promised land.

What has God promised you and your husband? What “land” has He assigned you to possess? Whatever it is, when you take your place as a virtuous woman, you are in a strong and key position to tread down the adversary and possess the land. God is calling you to be a chayil woman. Take your place, and fight. You were chosen for this strong position, for such a time as this, so that the kingdom of God will advance.

Karen Blake and her husband, Chris, have been in ministry since the early 1980s, mostly with Metro Ministries International in Brooklyn, New York. She wrote, Do You Hear the Battle Cry? An Essential Handbook for the Wives of Christian Men.