Above all else, guard your heart, for it is the wellspring of life.
(Proverbs 4:23) 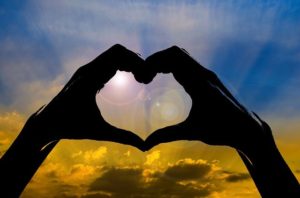 Mark, a Midwestern family physician with a good eye for investments, has lifted his family into affluence through hard work. He’s provided his wife —who comes from a poorer background —with a good living. He’s the type of husband who does the dishes, puts the children to bed while his wife reads or takes a bath, and is the first to volunteer for “car duty” (taking the kids to their sporting and church events).

Because of his job, Mark needs to literally leave the city to get away from his work. Otherwise, someone stops him after church to ask about a sore shoulder or an irregular heartbeat. At the grocery store, he can be asked to diagnose a rash. And at the library he might be stopped to give his opinion on a daily aspirin regimen that someone just heard mentioned on the radio.

More than anything, Mark appreciates getting away with his wife, so the two of them can enjoy each other’s company without interruption. It would mean even more to him if his wife would plan a weekend, or even just a night away, six to eight times a year. It’s not as though Charlotte (Mark’s wife) isn’t equipped to handle this. Before the investments came in, she used to work in the travel industry. But she now has the opportunity to do the basically whatever she wants.

Even so, by the time I spoke with Mark, it had been almost a year since Charlotte had planned anything like this. Mark reminds Charlotte of this every five months or so. This usually results in a heated argument that ends with Charlotte saying, “Fine, go get your calendar and we’ll plan something right now.”

“That really makes me want to get away,” Mark says sarcastically.

While how-to marriage books and seminars certainly have their value and place, on their own they miss the key issue. It’s not really how to; far more often, it’s about whether we have the heart to. Charlotte knows how to please her husband. She just lacks the heart to do it.

Motivation is more than half the battle. You don’t have to teach an infatuated couple how to communicate. Infatuated couples don’t read books about resolving disputes. They don’t watch instructional videos about making time for each other. Why not? Because when you possess the heart to do these things, the how-to takes care of itself.

If I have the heart to romance my wife, I’ll find a way to romance her. I was great at romancing her twenty years ago. In fact, I wrote her cards and letters, taped little notes around her room, planned creative dates—the works. Now, in my forties, do I have fewer romance skills than I possessed in my twenties?

Of course not. The real issue is, do I have less heart for such activities in my forties than I had in my twenties? Am I acting “out of reverence for God” (2 Corinthians 7:1), pursuing Lisa just as aggressively out of a motivation of faith as formerly I felt motivated by mere emotion? Or am I allowing daily duties to take time and energy away from loving my wife?

The “Heart to Do”

Charlotte knows she is married to a loving, godly man who is a good provider. She also knows he doesn’t ask much in return. But she has lost the heart to give him even that. She knows how to plan an outing. But for whatever reason, she has lost the will.

In the same way, most wives know what their husbands want. Most have a basic understanding of how to please him. That’s not to say you can’t pick up a few helpful tips along the way, but you know most of what you need to know to make your husband a satisfied spouse. The real question is, do you have the heart to do what you know to do?

Sometimes, we hide behind the how-to because it doesn’t feel as shameful as purposefully withholding on our spouses. Men say, “I don’t know how to romance my wife. After all, I’m a guy!” But what we really mean is, “It’s more acceptable to play the ‘stupid male’ role than to admit I’m so self-centered that I fail to take the time to show my wife how much I cherish her.”

Can I challenge you to spend just as much time examining your heart as you do filling your head? Will you sit before the Lord for as long as you pour over the latest self-help book? Will you allow the Holy Spirit to convict, instruct, chasten, and encourage?

Be quiet throughout this week. Listen to the Lord’s still, small voice. Let him name your motivation. I hope those motivations will be charity, kindness, goodwill, patience, and love. But mixed in with such attitudes may be spite, bitterness, resentment, selfishness, or sheer laziness. Ask the Lord to show you where you’re withholding on your spouse. Let him hold up a mirror to your spouse. Let him hold a mirror to your heart’s true condition.

When we first laid eyes on our spouse and decided to make them ours, we found a way to attract and maintain their attention. We had far less knowledge of our spouses then than we have today —but we also had the heart then, and that made all the difference. If you’ve fallen into a silent season, nine times out of ten it’s an issue of the heart, not a lack of knowledge.

Fire up that will! Let God charge your motivation. You already know most of what you need to know. Now, you have to get busy doing it. What one thing can you do today?

This article is one of the 52 devotionals that you can find in the excellent book, Devotions for a Sacred Marriage: A Year of Weekly Devotions for Couples

– written by Gary Thomas, published by Zondervan Publishing House. This is our favorite devotional book for married couples! It explores how God can reveal Himself to your through your marriage and help you to grow closer to Him as well as to your spouse. It has 52 devotions in it and even though it has all new material in it, it’s based on another of Gary Thomas’ books (which we highly recommend as well), Sacred Marriage.

2 responses to “Having The “Heart To” Do What You Should”