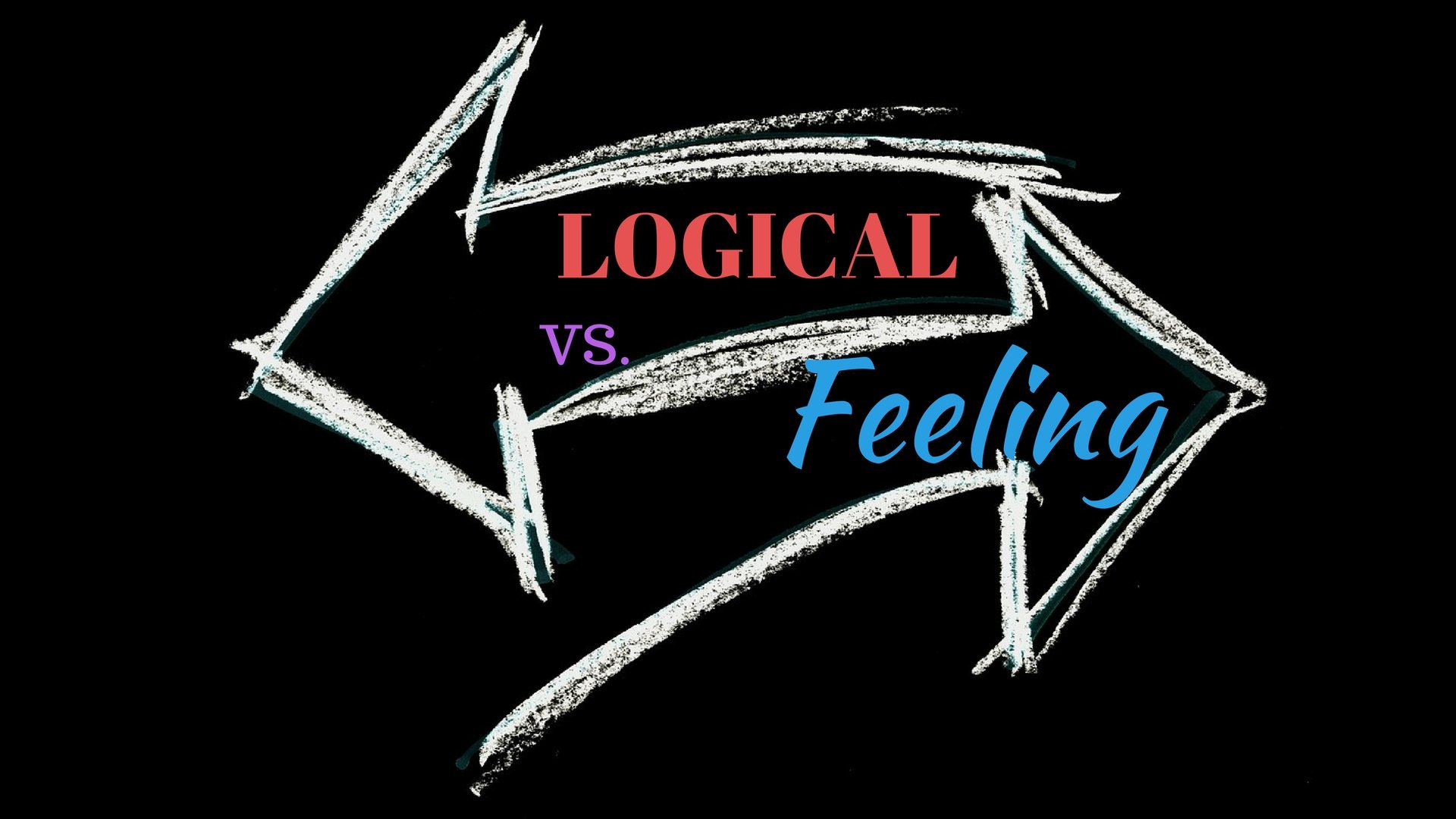 We’re SO different! Have you ever thought that, and been frustrated by it? We have. In our marriage Steve approaches life more logically. Cindy approaches life more from the feeling aspect. In years past our differing approaches would frustrate us. This is because we couldn’t understand the other’s approach to situations. Through praying, studying marriage, and each other, we’ve learned to make our differences work FOR us rather than against us, WHEN WE LET THEM. We are working to go with our logical vs feeling approaches and combine them.

Jack and Carole Mayhall wrote on this issue in their book, “Opposites Attack” (no longer being published). Please pray and see if there’s anything they have written that could help you in your marriage:

When Carole and I took the Myers-Briggs Type Indicator, it confirmed what we already knew! We were greatly different! The indicator stated that the difference between a logical approach and a feeling or relational approach represented two ways of deciding on and evaluating information. The one person functions by deciding things on the basis of logic and objective considerations —which describes me.

I probably decide things more with my head. And I want to know what the “real truth” is about something before I decide. I tend to be an onlooker, viewing things from outside the situation. I take an overall view.

The feeling-oriented person decides on the basis of personal, subjective values. That describes my wife Carole, who most often makes decisions with her heart. She goes by personal convictions and is concerned for relationships and harmony. She is almost always a participant within the situation and takes an immediate and personal view. I need Carole’s approach as a balance to my logical, impersonal, objective mode.

Just recently we were invited to two different open houses on a Sunday afternoon the day after we arrived home from an extensive trip. My inclination was to hibernate at home and watch the golf tournament on TV. But we went to the open house for a departing missionary. And then we went to the engagement party for a friend’s daughter. Why? Because I chose to rely on Carole’s sensitivity to people and her perception of the importance of relationships in spite of the way I was feeling.

Not too long ago we were involved in a distressing situation that put my emotional circuits on overload. That same week, we were speaking every morning at a conference. Jack sensed that it was all I could do to keep my emotions under control. On the second day of the conferences, he said to me, “Honey, we’ve got to stay somewhat detached in this situation for the next two weeks. This is so that we can give ourselves to these conferences.”

As I was going up the stairs, I thought, “How wonderful it is to have a husband who has greater capacity for this kind of situation than I do because he can be less emotional about it than I. He can stay detached. He can distance himself.”

Formerly, I had resented that distancing ability. But now I thought, “It’s great to have someone to depend on who is steadier than I am. It’s great to take responsibility; to ‘hold me back.’ But who does Jack have? He has the Lord, of course. And he can share things with me. But what flesh-and-blood person does he have to whom he can pass the emotional load?” And I answered my own question, “No one!”

Jack, as the head of the family, as a mature adult, has no one to pass the buck to. He has the ultimate responsibility. That day it struck me as never before how necessary it is that he isn’t as emotional as I am. If he were, he might “bomb out” at critical points in our life together. I know I would!

When Dan flew back to be with his family the day before Thanksgiving, he collapsed! He was so emotionally depleted he couldn’t relate to his own wife and family. His wife was not only hurt but jealous of his deep involvement with another wife and family.

As we talked with them, we realized that God had given Dan a precious gift. He could identify and empathize. Plus, he could be involved in a way that most men couldn’t. But alone with the gift came certain dangers that he needed to guard against with extreme care.

Being Aware of Needs

There were two in particular: he would have to protect his own emotional resources so that giving to other people would not so drain him that he had nothing left for his own wife and children. And he’d have to be extremely cautious that his emotional involvement with others did not lead to emotional entanglements.

Afterward I thought about the times I’d heard wives say,”Oh, my husband doesn’t seem to feel deeply. He can’t relate to my emotions. I wish her were like… [a pastor, counselor, a friend].” I considered the times I’d had to stop my own thoughts from going in that direction. And I went to Jack right then and there and apologized to him.

Then I had a praise service to a God who created a husband with exactly the characteristics I need. “Thank You, God,” I prayed, “for giving me a man who can take a detached view of circumstances, of people —yes, of my emotions. One who can help me get perspective, who can take responsibility because he is able to stay cool and levelheaded. Thank You for Jack.”

It’s taken us some time to understand and appreciate the other’s approach to life. We hope it won’t take you as long as it’s taken us. It’s necessary to see how we fit together as logical or feeling persons —to realize that logical person’s strength comes in analyzing plans, seeing cause and effect, weighing the consequences and counting the costs of all the options open.

The feeling person, however, examines how deeply people feel about the options. They examine what values are involved, and what the needs are of those involved. Then they can make a fresh appraisal by understanding how in the long run each solution will affect the people involved

We hope this has been helpful to you. As God tells us in Romans 12, “We who are many form one body. And each member belongs to all the others. We have different gifts, according to the grace given us.“

May we ALL learn to appreciate the gifts God gave our spouses. And may we use them together to benefit not only our marriages, but other marriages.