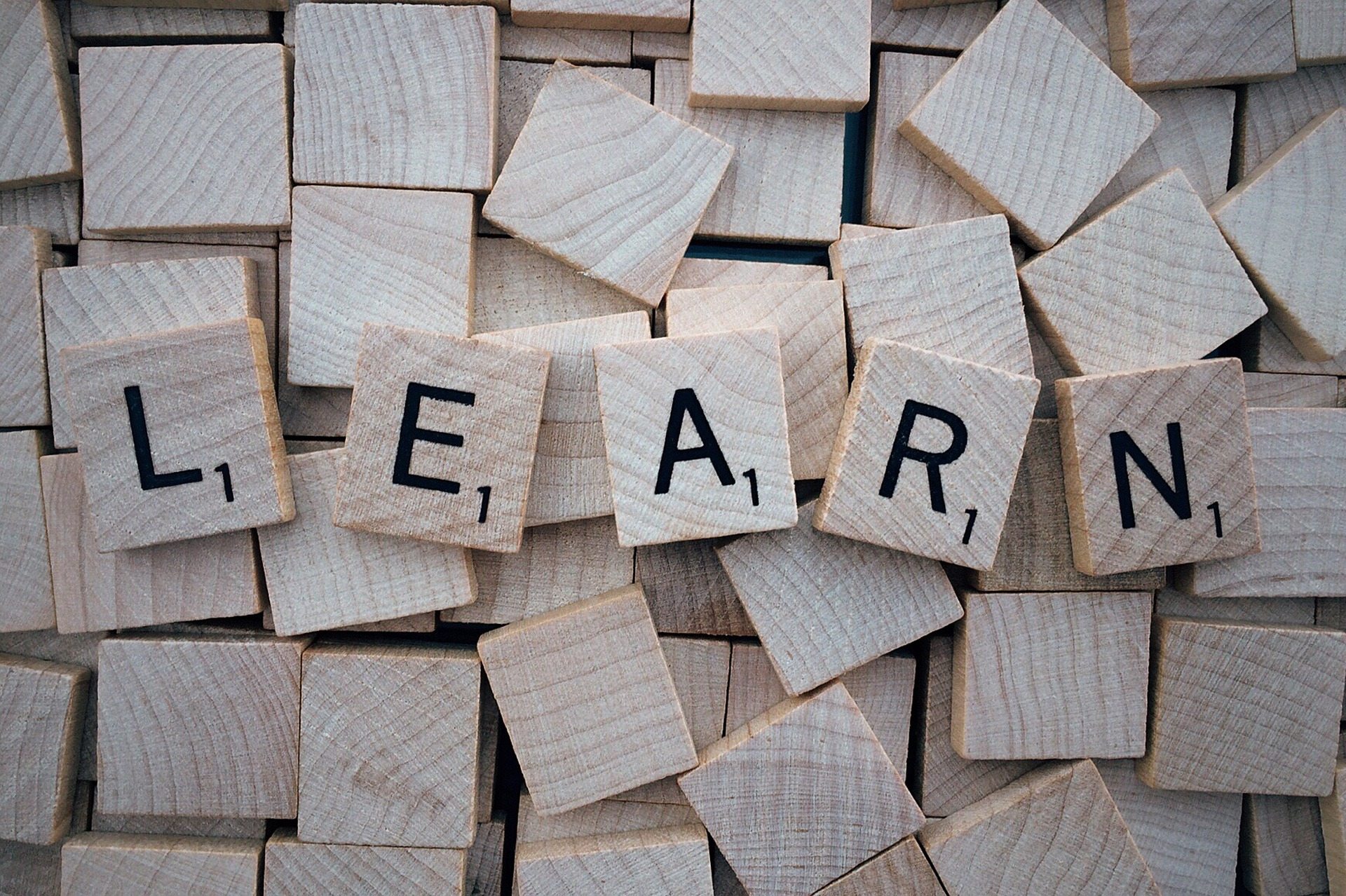 As the old saying goes, “It’s not just what you live through that’s important, but what you LEARN through and GROW through!” After reading the book, I, Isaac, Take Thee, Rebekah: Moving from Romance to Lasting Love, it’s easy to see that Ravi Zacharias has “grown through” different experiences. This includes his 40+ years of marriage to his wife Margie. Plus, he has “learned through” many things the Lord has taught him about marriage.

Below are a few quotes from this interesting and wise book. We hope what is written here will give you a taste for the good things contained within the book. (You might think of obtaining it yourself.) Plus it will give you marriage and pre-marriage tips to help you to learn and grow in your marriage to the glory of God. Here are a few things Ravi writes (along with a few comments from us):

Quotes to Learn from Ravi’s Book:

“Love is as much a question of the will as it is of the emotion. And if you WILL to love somebody, you can.”

That quote was actually given by Ravi’s brother who explained how he learned to love his wife after he married her. His was a marriage arranged by his parents, in accordance with Indian culture. But even so, love eventually developed. This is a difficult concept for us to understand in a culture where the feeling of love is idolized as it is. If the “feeling” isn’t there, then many people will dump out of their commitment. They’ll either switch one partner for another who creates this feeling for them again, or they’ll go off on their own. However, if you look in the Bible, love is described more as actions, (as in 1 Corinthians 13:3-7) rather than feelings.

But what’s astonishing is that as you live out the principles for loving, (outlined in the Bible) many times, new feelings of love are created. That’s what happened in our marriage a number of years ago. We’ve also seen it happen repeatedly in the lives of many others. We became students of marriage and each other, and applied God’s principles for loving. Then God worked miracles, and still does continually.

Quotes on Love and Marriage by Ravi:

• “We exaggerate the separation of the emotion and the will as two distinct faculties of operation. It becomes some kind of misshapen two-headed monster. Think for example, of the caricature we make of one difference between men and women. We seem to think that women are more emotionally driven and men more cerebrally driven. If that caricature were true, why is it that more men fall into infidelity after marriage than do women? If women are more emotionally driven, shouldn’t it be the other way around?

“I think it more appropriate to say that women, in general, recognize the emotional ramifications of their acts better than men do. Men do feel emotion. But they do so selectively and fail to face the consequences of reality. Betray a man and you find out that his emotions surge to the top. I believe that a legitimate understanding of what is happening here can preserve the grand union between emotion and will. Without the will, marriage is a mockery. Without emotion, it is a drudgery. You need both. We like the side dealing with emotion, not the will.”

• “William Doherty begins his excellent book, Take Back Your Marriage

with a powerful illustration. His office is located in St. Paul, Minnesota, not far from the farthest point north on the Mississippi River. He describes the river’s formidable but silent current that drives its waters southward. ‘Everything on the water that is not powered by wind, gasoline, or human muscle’ heads south.

“Then he adds these words. ‘I have thought that getting married is like launching a canoe into the Mississippi at St. Paul. If you don’t paddle, you go south. No matter how much you love each other, no matter how full of hope and promise and good intentions, if you stay on the Mississippi without a good deal of paddling —occasional paddling is not enough. You end up in New Orleans, which is a problem if you want to stay north.’

“But this kind of commitment does not come easily. Only if it is taken seriously does it become a delight of the heart. I will also add that this kind of commitment is not seen much in the times in which we live. The reason we have a crisis in our relationships is not that we are culturally indoctrinated. We would rather be served than serve. We would rather be the head than the feet.

For Those Considering Marriage:

• “Jesus said that greater love has no man than to lay down his life for his friend. But it is probably more difficult to live a life of continual dying to oneself than to die in one moment. Marriage is hard work. And that’s why, when you come to that pivotal moment of decision my suggestion is that you seek the advice of somebody you love and respect.

“Don’t make such a decision on your own just because you have romantic feelings. Seek out the wisdom of your minister, the wisdom of your parents, and the wisdom of friends. Realize that romance has to be transcended by a strong will and a commitment to you and by you. The important thing to bear in mind is that you must face your willingness to die to yourself before you choose to walk down the aisle. Is this person the one for whom you are willing to die daily? Is this person to whom you say, ‘I do’ also the one for whom you are willing to say, ‘No I don’t’ to everybody else? Be assured that marriage will cost you everything.”

• “I took an early morning walk and saw two workmen who were dismantling a cement block wall. They were taking great care to keep the blocks intact for another structure they were building. What a metaphor this is for the home! When two lives meet, they are like two distinct walls. Each has to start by dismantling his or her wall one brick at a time. Those bricks are then taken intact and with other materials used to build a structure with a roof that brings them together at the top. That is the new home. Two wills are as two walls. Rightly dismantled and rebuilt they provide the strength for a new union of two lives.”

• “The playwright Thornton Wilder said it well: ‘I didn’t marry you because you were perfect. I didn’t even marry you because I loved you. I married you because you gave me a promise. That promise made up for your faults. And the promise I gave you made up for mine. Two imperfect people got married. It was the promise that made the marriage. And when our children were growing up, it wasn’t a house that protected them. And it wasn’t our love that protected them. It was that promise.'”

We realize that the above quotes bring up sore points for those who didn’t “consider the costs” before marrying. There are also those of you who have found the “costs” over-whelming. You may be married to someone who, up to this point, isn’t a promise-keeper. And now you wonder what you are to do. You wonder how can you live this way.

We wish we could give you “quick fix” answers, to infuse hope into your hearts. But we really can’t —as much as we wish we could. We are only human. But please know that our hearts grieve with you. We also offer our web site as a tool for you to use. It may help you with some of the specific problems you are facing. God has and is using it in miraculous ways. Beyond that, we are praying for you. Please put your hope in and focus on God.

We serve a God who created the heavens and the earth and everything else within it, out of nothing. He is not restricted by our human limitations. He can resurrect the dead (including dead dreams and feelings). And God can also infuse hope, where things look hopeless. “With God nothing is impossible.” We encourage you to lay your burdens and your crushed dreams at His feet. Ask Him to help you to live as He would direct.

Don’t be impatient, because you’ve done that and so far nothing has happened as you thought it should. Die to your plans and pick up His. Quit looking at your time-table and accept His. Don’t limit what He can do by putting your human limitations upon Him. If you do, you will continue to live in disappointment. Trust, believe, and anticipate what God can do.

“Trust in the LORD with all your heart and lean not on your own understanding; in all your ways acknowledge Him, and He will make your paths straight.“ (Proverbs 3:5-6)

We pray that what we were able to share from what Ravi Zacharias wrote, will plant seeds in your heart to further seek God in centering your life and your marriage around His ways. Keep pursuing God’s ways and His purpose for your life. We serve an AWESOME GOD!!!