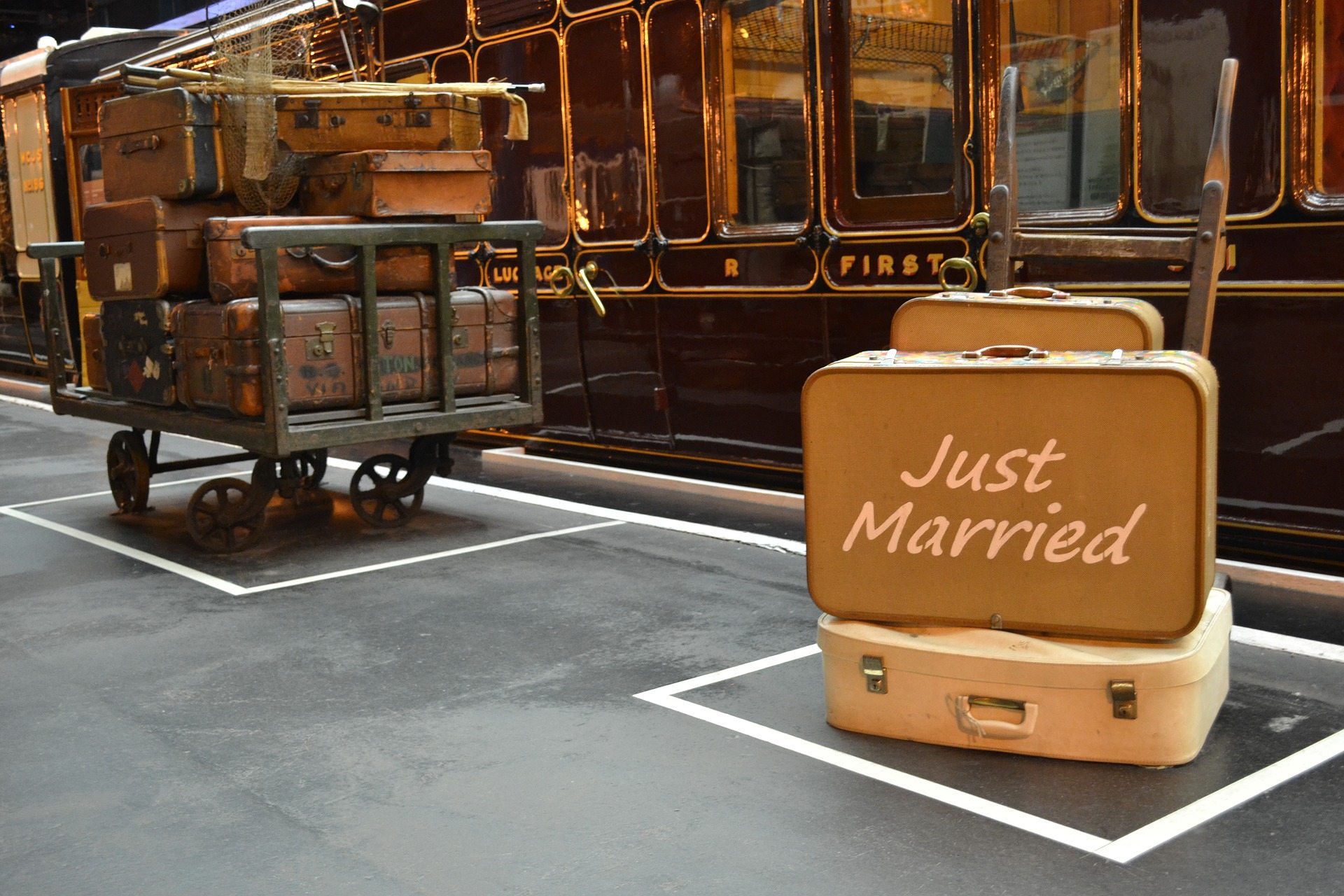 One thing Steve and I realized soon after the wedding is that we both dragged a lot of emotional baggage into our marriage. (And it was not the healthy kind.) Everyone accumulates some type of emotional baggage. Life is messy. But ours —particularly mine, was pretty toxic. It’s difficult to build any type of healthy relationship when emotional garbage keeps getting in the way. I had a lot of unhealthy thoughts that needed to be dealt with.

It seemed that every time we turned around we were tripping into some type of situation, which caused some type of emotional wound to re-emerge and rear its ugly head. And then when it was given energy, it would cause further wounds. But this time it was causing marital relationship wounds.

When we first dated (for 2 ½ years), we were able to skirt around some of the issues. After all, we had quite the biochemical, hormonal rush going on. It’s amazing what we bury and overlook during the “honeymoon” stage of knowing each other.

But it’s like trying to push beach balls down into a pool of water. You can push and push, but eventually they’re going to find a way to the surface. It happens whenever you let your guard down. After all, you can’t keep your guard up indefinitely.

So it is with the emotional wounds we had buried. It caused a LOT of havoc in our relationship when they emerged. The woundedness emerged stronger than ever because it had time to work below the surface to complicate matters all the more.

We learned some things, much like Thomas Bartlett, and Thomas Whiteman brought out in their book (“The Marriage Mender”):

“Whether our family-of-origin issues are significant, such as abuse or alcoholism or more subtle, such as low self-esteem or performance pressure, we all come to marriage with needs replayed from our childhood. And most of us expect marriage to meet our needs. This is what makes the stage of shattered expectations so difficult.”

And they were very difficult for us. But eventually, Steve and I realized that either we would keep dragging around all that accumulated emotional baggage, and allow it to possibly destroy our marriage, or we could deal with it. Thankfully, we woke up and chose the latter.

It was a difficult ride at times (A LOT of times).  And it was not one that was settled quickly. When you have a lot of dirt that embeds itself in a wound, it takes time, effort, and can involve a lot of pain to get it all out there. When you do get it out there, it can be cleaned up and discarded properly.

But as each wound was reopened (at different times), and properly dealt with it so healing could begin, we kept making steps towards true partnership. We also found that we started treating each other with love and respect —TRUE love and respect.

Dr Greg Smalley gives the following advice, when it comes to digging out the bad stuff that gets in our way of being great marital partners:

“Replace lies with the truth. Behind every argument you and your spouse ever have are lies that have entered your minds because of emotional wounds you’ve each suffered. Seek healing by identifying what attitudes you each have that don’t reflect biblical truth. Pray for the wisdom you need to discern what lies you’ve believed. Then ask the Holy Spirit to renew your mind, and read and meditate on the Bible to fill your mind with the truth.

“Going forward, have the confidence that you never need to be controlled by lies again. Make a habit of reminding yourselves about God’s deep and unconditional love for you. Additionally, rely on the help God offers you to grow stronger every day.”

I recommend that you read Dr Smalley’s Crosswalk.com article because you may find some things that you could adapt to help you in your marriage:

• HOW TO FIGHT YOUR WAY TO A BETTER MARRIAGE

We have other articles posted throughout this web site that you may find helpful too. Here’s one in particular that might help you to start replacing some of the myths you have going on in your head. These are myths that could be sabotaging your marital closeness:

• MYTHS WE BELIEVE ABOUT OURSELVES AND MARRIAGE

I hope this blog inspires you to put yourself onto a path towards replacing any unhealthy thoughts with truth, which will lead to deeper love for one another.

Leave a Reply to Jane from United States Cancel reply