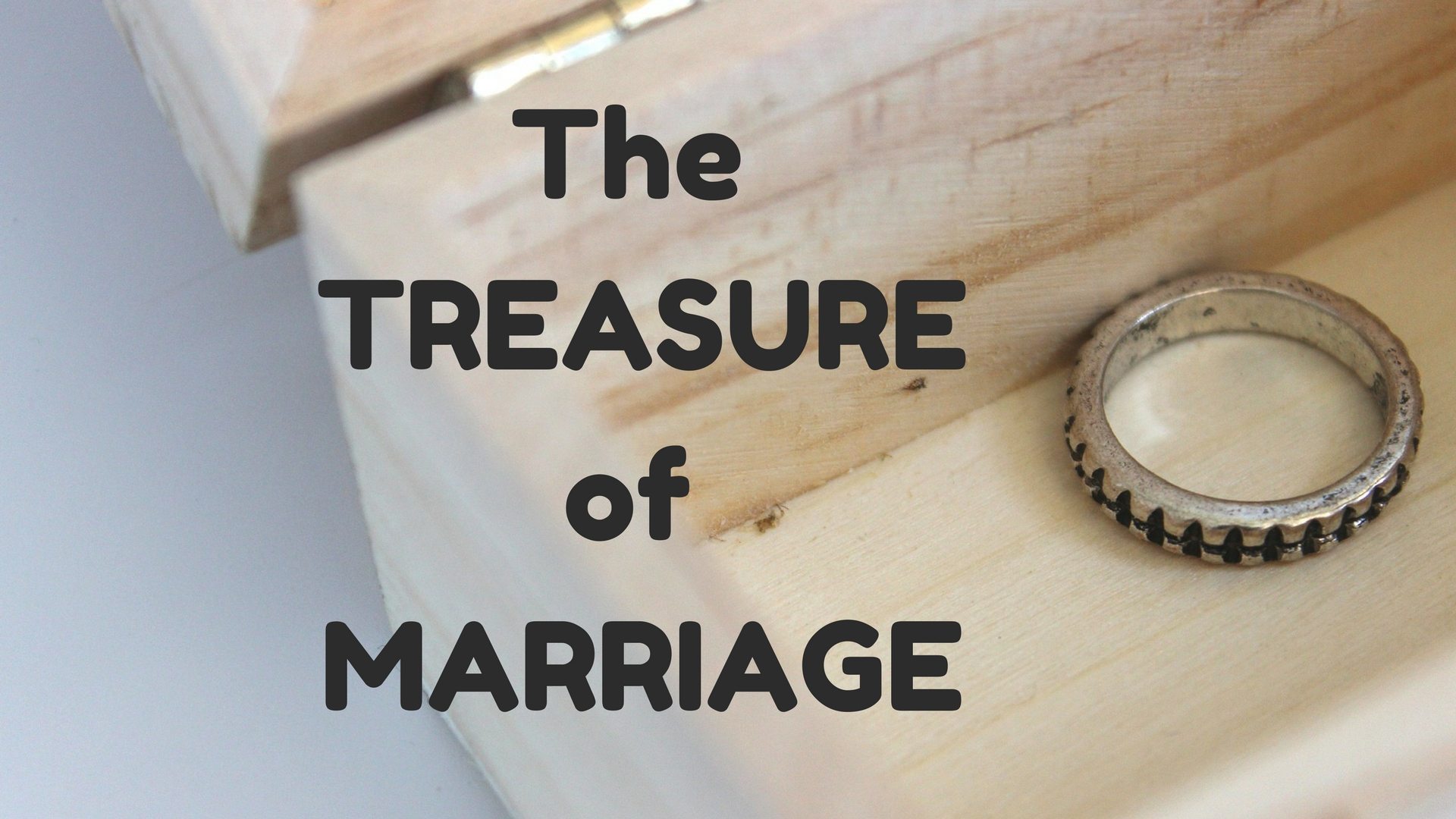 I’ve met many women [and we’ve met many men] who don’t realize what a treasure their marriage is until it’s stolen from them. STOLEN HOW, you may wonder? Marriages are stolen by our comparisons —our endless wishing that things might somehow be different, more romantic than they actually are. Marriages are stolen by our lack of appreciation. As women [and also as men], we often focus on what isn’t being done, rather than on all that is being done and done well, if we’re truly honest. (Cindy Dagnan, from article “In Search of the Perfect Husband,” posted on Hearts-at-home.org.)

Allowing Treasure of Marriage to be Stolen

The enemy of our faith is called a thief, and a liar, and is continually trying to get us to believe things that aren’t true. And one of the things we too often allow to be stolen from us, is the view that our spouse is a gift from God to help us to become more like Christ. We fail to see him or her as if they are autographed by God. God can use our spouses to not only bless our lives but to smooth down our rough edges.

We allow our eyesight to become focused on the negative so that we don’t see the positive and acknowledge it. We don’t realize that as we encourage each other we “spur” one another on to “love and good deeds.”

Think about the things you said to your spouse today and/or yesterday. Was your “talk” wholesome and did it benefit him or her and those around you as they listened?

That doesn’t mean you can’t be truthful and confrontational. But was it truthful and “spoken in love” where your motivation was to help your spouse and help your marital partnership?

The Bible says (in Galatians 6), “If someone is caught in a sin, you who are spiritual should restore him gently. But watch yourself, or you also may be tempted. Carry each other’s burdens, and in this way you will fulfill the law of Christ.”

And then there’s the temptation to be prideful when our spouse does something “wrong” and we feel proud and think, “at least I didn’t do that!” But is that an attitude, which God would want you to hold on to? The Bible also says in Galatians 6:3-7:

“If anyone thinks he is something when he is nothing, he deceives himself. Each one should test his own actions. Then he can take pride in himself without comparing himself to somebody else, for each should carry his own load… Do not be deceived: God cannot be mocked. A man reaps what he sows.”

Are you allowing your marriage to be robbed of being people, who “give thanks in every situation” knowing that God can “work good” even out of that, which appears to be bad on the surface?

Are you looking so intently at the “speck” in your spouse’s eye that you over-look the “log” in your own? Is it possible you are forgetting the Matthew 7:3 principles?

Our pastor said in a message recently that he confessed to his family that he came to realize he minimizes the “logs” in his own way of looking at things. He goes right past them to point out the “specks” others have in their vision of reality.

Ouch! When I thought about it, I realized that I’m guilty of the same thing. How about you? Is your view of your spouse’s good habits less visible because of what you choose to focus on as you look past your own bad habits?

The Treasure of Marriage

As Cindy Dagnan also said (which applies to this Marriage Message),

“Not putting our marriage at the top of our earthly priority list is a mistake we cannot afford to make. Now that we can admit that our marriage is a treasure and gift from God [“He who finds a wife finds a good thing.” Proverbs 18:22], what can we do so it won’t lose its luster?”

That’s a good question that each of us should ask God to help us to answer.