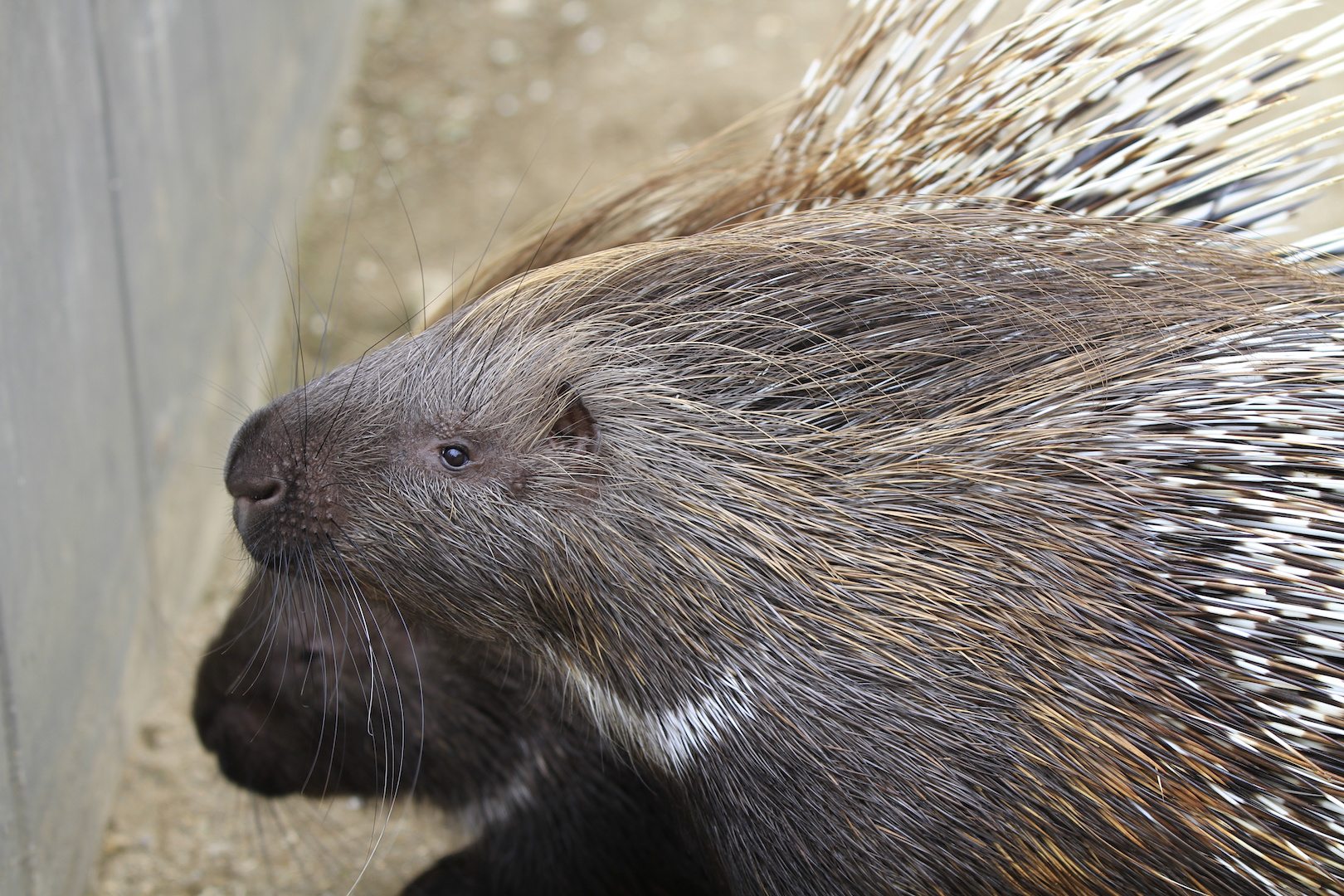 Do you find that you and your spouse sometimes throw verbal barbs at each other, when you’re upset? Sometimes do you or your spouse hurt each other, even when that was never the intent? That’s called “The Porcupine Process.” It can also make yours a porcupine marriage.

Dr Steve Stephens describes this issue in his book, “Experience the Difference.” He talks about porcupines and how they try to move closer together when they need warmth. Yet when they do, their quills poke each other, and it hurts. As a result, they’re in a dilemma. Do they brave out the cold shivering alone, or do they find a way to come together somehow, to warm up?

Concerning the Porcupine Marriage He Writes:

“Deep in the forest there was a clearing where two porcupines shivered in the cold; one was on the east edge and one on the west. As the snow grew deep and the wind took a sharp bite, the porcupines slowly drew together. The closer to each other they moved, the more heat was conserved and the more protected they were from the wind.

“However, there was a problem in getting too close—their quills poked each other. Pain shot through each body and they quickly parted. Escape from the stabbing quills felt so good, but soon the cold pressed in again, and the two found themselves slowly and cautiously moving together. It was comforting to be close until the quills pricked, and the pain once more seemed greater than the cold.

As the Night Progressed…

“The porcupines pulled together—then apart, over and over throughout the night. Many marriages are this way. Certain forces bring us together and we hope that is the end of the story. Boy meets girl, they fall in love, marry, and live happily ever after. Unfortunately, life rarely goes smoothly. Nobody is perfect and no relationship is made in heaven. Putting together two imperfect beings will create difficulties. As soon as we come together, something happens and we pull apart.

“The key for the porcupines is to learn how to lay down the quills so they don’t stick out and poke their partner. This is also true of marriage. The porcupine next to us is not our enemy, but our friend and ally, confidant and encourager, and a whole lot more.”

adds other thoughts to consider that relates to porcupines:

“Porcupines must get physically close to each other. If they didn’t, there wouldn’t be any little porcupines. I wondered, with their quills and all, how they accomplish being close.

“Well, it happens by creating a safe environment that allows them to lower their quills. The male porcupine takes the initiative in this process. He sits down in front of the female and puts his paws on the side of her face and gently touches her face. During this course of action, their quills are lowered. They find a way to make it work.

“Marriage is like this. We have our emotional ‘quills,’ and we don’t always do a good job lowering them. Consequently, we stick each other and inflict pain. We experience conflict. However, there is a way to make it work. How does it happen? I believe it requires a conscious decision to be neither aggressive nor passive. Porcupines in marriage are intentionally assertive. They are honest about what is bothering them, knowing that if we don’t talk it out, we will usually act it out by being overtly aggressive or passively aggressive.

“Porcupines also speak the truth in love so that the other person can hear them and receive what they’re trying to convey. They carefully choose the time and place for conflict as well as the words they uses.”

We completely agree! We’ve lived it in our marriage for over 45 years together. Because we’re so different from each other, it’s only natural that our differences sometimes irritate and even hurt the other. But we’ve learned to find ways to find ways to work through those differences as a team (even though many times it’s not easy).

If you look around on this web site, you’ll find a lot of Communication Tools and articles that have helped us build a great marriage, despite our differences. We even wrote a Marriage Message that can help further for you to avoid a porcupine marriage. You can learn more by reading: THE PORCUPINE PROCESS. We encourage you to read, pray, glean through and apply that, which will work for you in your marriage.

Personally, we work hard NOT to have a porcupine marriage. But for that to be true, we have to change up some of our communication skills. That’s true for you too!

Still Learning How NOT to Have a Porcupine Marriage…

Please know that we’re still learning how to be better marital partners, along with you. We don’t want to damage each other. Jimmy Meacher gives this insight (that we agree with):

Despite our “spiky” times, we have found that when we apply ourselves to work as a marital team, rather than two “porcupines” continually sticking it to each other, marriage can be good –very, very good. It can also be safe, and peaceful. We pray that for you too. Here’s something that Lee Ezell said that we’ve found to be true. As you read this prayerfully consider whether you have a porcupine marriage:

“Porcupine people don’t look like that’s what they are on the outside. But they’re hard to embrace because when you do, they can stick you with that which can hurt. God wants us to learn how to love these people even though they’re difficult to embrace. Loving them requires a thick skin and a soft heart, which IS something we can develop.

“But the real truth is, all of us have a little porcupine person in us that can rear its ugly head at some time. In every one of us there’s a beauty and some beast.” (Lee Ezell)

In closing, consider what God tells us:

May God bless every effort you put into your relationship as you look to NOT have a porcupine marriage!

If you’d like to have a Marriage Insight emailed to you each week,
we invite you to SUBSCRIBE.