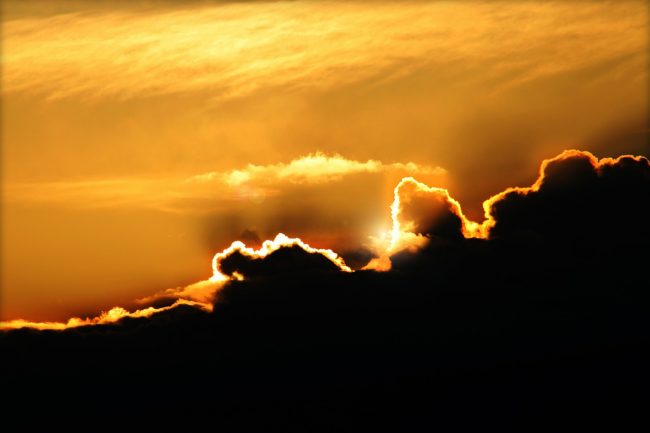 “Be careful,” the Apostle Paul warns, “that the exercise of your freedom does not become a stumbling block to the weak… Never do anything offensive to anyone“ (1 Corinthians 8:9; 1 Corinthians 10:32). Those are pretty tough words to live out —especially in marriage. That is because you’re together in such a close, intimate way when you are married. Think about it —you live together day in and day out. You see each other in not only the best of circumstances, but also the worst. It’s only natural that you’re going to offend each other at some point (often at MANY points). Overcoming problems are an important part of being married.

In the above-mentioned scripture, we are urged to find ways to work THROUGH our problems and BEYOND them. That’s all a part of being a marital team. That is what we become when we “leave and cleave” (as we’re Biblically told to do) after the wedding.

One of the things Steve and I have learned is that our “problems” become growth opportunities. They are, at least, when we allow them to be. As Mike Mason says in the book, The Mystery of Marriage

“Marriage is a natural place to begin to practice daily, the curbing of our own freedoms wherever they prove offensive (or troublesome) to each another.”

He goes on to say something that is very biblical.

“The point is that each tries to surrender as much as it is possible for the sake of the other. This is so that the love between them may be honored and built up in every way.”

We’re told in God’s word in Philippians 2:3-4, “Do nothing out of selfish ambition or vain conceit, but in humility consider others better than yourselves. Each of you should look not only to your own interests, but also to the interests of others.” And then we’re told that our “attitude should be the same of Christ Jesus.”

A Mission of Our Marriage

Whenever you and your spouse have problems, make it your MISSION to find ways to work them out together. This is for the betterment of your marriage. But it also reveals and reflects the heart of Christ, as a result.

When we serve and look for ways to bless each other, we not only please the heart of God, we also disarm the enemy of our faith from using our “problems” to cause further harm. It’s important to recognize that it delights the powers of darkness when we hurt each other. And we don’t know about you, but we would rather gladden the heart of God —furthering His Kingdom work, than the enemy of our faith!

Mike Mason goes on to give an example of “curbing freedoms” by saying:

“If Mary really cannot stand the noise of the power saw, then is it John’s place to question her reasonableness? Or is it his place to make slighting comments or to point out that her food mixer makes even more noise? Or is it rather to refrain, in love, from using the saw when Mary is around? That’s all there is to it. It’s a simple question of how much John loves Mary. Does he love her enough to stop annoying her with his saw? Is the fact that his wife’s peace is being disturbed of greater importance to him than the completion of a birdhouse?

“For Mary’s part, naturally, she needs to make every effort to adjust to the noise of the saw, knowing that an innocent pleasure of her husband’s is at stake.”

And then he writes:

“Who wins this battle of wills and whims is NOT the point. The point is that each tries to surrender as much as possible for the sake of the other. This way the love between them may be honored and built up —even at the expense of birdhouses and headaches! We need to learn to see that a simple hobby such as carpentry (or anything under the sun) may actually become an instrument of the devil if it’s allowed to disrupt the harmony between two people.

“This is the gist of Paul’s advice to the Corinthians, concerning the attitude a Christian should take toward his ‘weaker brother.’ It is a rule that cannot be applied too vigorously in marriage. For it is often the case that each partner assumes the other to be the weaker one.

“But if the other really is weaker, argues Paul, then that is all the more reason not to maintain our own rightness. We are not to be stubborn and overbearing, but rather to surrender for the sake of love. Rightness, whenever it seeks to dominate, becomes wrongness, no matter how right it may be. Would we rather be right than happy?”

The term, “right fighting” comes to mind in the way some spouses approach conflict. The feeling of being “right” seems to be their main goal. Right-fighting happens when someone is caught up in the emotionality of the fight. The person willing to go to any length, to prove that he or she is “right.” They continue to fight, even if it means that the relationship is damaged, as a result.

Prayerfully consider —are you a “right-fighter” in how you approach disagreements with your spouse? Or are you someone who remembers that you are to “look not only to your own interests, but also to the interests of others” (including your spouse) in humility?

“Much has been made of the fact that Paul’s advice to wives is to ‘submit to your husbands,‘ while his advice to the husbands is to ‘love your wives‘ (Ephesians 5:22-25). Some interpreters have delighted in pointing out that distinction between these two commands. They enjoy pointing out the implications this has for the roles of husband and wife. However, the entire passage is prefaced by the command to ‘submit to one another‘ (v. 21). It is clear from the context that Paul intends these words to be directed first of all to Christians, but then for the married couple.”

“In fact, the point seems to be that the married couple is to set the pattern of mutual love and submission for the whole Christian community. If a man cannot lovingly serve his own wife, after all, whom then can they serve? If they cannot bring happiness to one another, how can they bring happiness to anyone else? Poor Christian marriages, in which willfulness rules in place of sacrifice, make a laughingstock of the whole church.”

So there’s the choice for us. Are we willing to turn problems into blessings? Are we willing to do this for God’s kingdom work, laying aside our own comfort, as Jesus did? Or do we cling to our own “rights” and comforts as the world says we should do? If we cling to our own rights, ignoring Christ as our example, our marriages will be the same as what the world offers. Our marriages then become a “laughing stock” to those who watch God’s “followers.”

Let’s face it, who will be attracted to knowing our God better when God’s spirit isn’t manifested any differently in our lives than in a non-believer’s life? But when we show ourselves to be Christ Followers and who knows what God can do with that?

We hope you’ll join us in doing what you can to turn problems into blessings in your marriage. It’s an important mission.