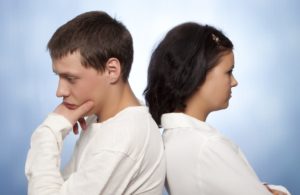 I would venture to say that most marital difficulties center around one fact. Men and women are TOTALLY different. The differences (emotional, mental, and physical) are extreme. Without a concentrated effort to understand them, it is nearly impossible to have a happy marriage. A famous psychiatrist once said, “After thirty years of studying women, I ask myself, ‘What is it that they really want?'” If this was his conclusion, just imagine how little we know about our wives.

You may already be aware of some of the differences. Many, however, will come as a complete surprise. Did you know, for instance, that every cell in a man’s body has a chromosome makeup entirely different from those in a woman’s body?

How about this next one? Dr. James Dobson says there is strong evidence indicating the “seat” of the emotions in a man’s brain is wired differently than in a woman’s. By virtue of these two differences, men and women are miles apart emotionally and physically. Let’s examine some of the differences between men and women.

Women tend to be more personal than men.

Why would a woman be less interested in a boxing match? It’s because close, loving relationships are usually not developed in the ring! Also, watch what happens during many family vacations. He is challenged by the goal of driving 400 miles a day. On the other hand, she wants to stop now and then to drink coffee, relax and relate. He thinks that’s a waste of time because it would interfere with his goal.

Men tend to be less desirous and knowledgeable in building intimate relationships, both with God and with others.

Do you realize that your wife’s natural ability for developing relationships can help you fulfill the two greatest commandments taught by Christ? I’m talking about loving God and loving others (Matt 22:36-40). Jesus said that if we obey these two commandments, we are fulfilling all the commandments. Think of it! Your wife has the God-given drive and ability to help you build meaningful relationships in both of these areas.

God knew you needed special help. He stated, “It is not good for the man to alone. I will make him a helper [and completer] suitable for him” (Genesis 2:18). If you let her, your wife can open up a new world of communication and deeper relationships.

Dr. Cecil Osborne, in his book The Art of Understanding Your Mate, said women become an intimate part of the people they know and the things that surround them. They enter into a kind of “oneness” with their environment. Though a man relates to people and situations, his identity is not usually entwined with them. He somehow remains apart. That’s why a woman, viewing her house as an extension of herself, can be hurt when it’s criticized by others.

Because of a woman’s emotional identity with people and places around her, she needs more time to adjust to change. She sees that changes may affect her relationships. A man can logically deduce the benefits of a change. He gets “psyched-up” for it in a matter of minutes. This is not so, with a woman. She focuses on immediate consequences, and needs time to overcome the initial adjustment before warming up to its advantages.

Men tend to express their hostility through physical violence. Women tend to be more verbally expressive.

Dr. Paul Popenoe, is the founder of the American Institute of Family Relations in Los Angeles. He dedicated many years to the research of biological differences between the sexes.

Some of his findings are listed below:

These basic differences usually surface soon after the wedding. They are the source of many conflicts in marriage. From the start, the woman has a greater intuitive awareness of how to develop a loving relationship. Because of her sensitivity, she is initially more considerate of his feelings. She is also enthusiastic about developing a meaningful, multi-level relationship. That is, she knows how to build something more than a sexual marathon. She wants to be a lover, a best friend, and an appreciated partner.

Since he doesn’t have an understanding of these vital areas through intuition, he must rely solely upon the knowledge and skills he has acquired prior to marriage. His only education may be the example he observed in his home. For many of us, that example might have been insufficient. We enter marriage knowing everything about sex. And yet we know very little about genuine, unselfish love.

I am not saying men are more selfish than women. I’m simply saying that at the outset of a marriage a man is not as equipped to express unselfish love. He isn’t as aware of how to nurture a marriage into a loving and lasting relationship as a woman is.

This article comes from the book, If Only He Knew: What No Woman Can Resist. It is

written by Dr Gary Smalley and Steve Scott, and is published by Zondervan Publishing. This is a “how-to” book for men that clarifies distinctions between the sexes. It gives a fresh outlook on building a stronger marital relationship. In this book, Gary Smalley explains a woman’s deepest needs. He shows a man how to meet those needs. Plus, he gives ten steps to strengthen any marriage. He helps men understand not only how to respond to a woman’s feelings. In addition he tells how to make her feel important.

Authors, Shaunti Feldhahn and Robert Lewis explain more concerning the differences between men and women in the Crosswalk.com web linked article below:

• THE WONDERFUL DIFFERENCES BETWEEN MEN AND WOMEN

65 responses to “Understanding the Differences Between Men and Women”