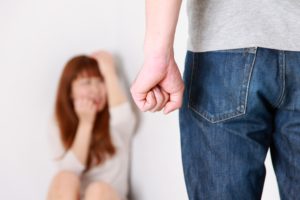 The question is why DO Christian spouses abuse their marriage partners? How can you wrap your mind around Christ “followers” doing this to their spouse?

There is hardly a subject more confusing than trying to figure out the reasoning behind why one Christian marriage partner could ever even think it’s acceptable to abuse their spouse. This is the marriage “partner” who they vowed before God to “love and honor.”

It’s amazing how a Christian can so deeply hurt the one they say they love. They hide behind the Bible and the slanted logic of blaming their marriage partner to justify wrongful behavior. How do you make sense of something so bizarre?

To help you to work through this confusion, we will lead you to some resources that you may find helpful. Below you will find links to several articles that could possibly explain why Christian spouses abuse their mates. It doesn’t justify it, it just gives some insight into it.

We would love it if you could add comments at the end of this article. It might help other readers in their understanding of this issue. Perhaps what you write will minister to at least some of the needs.

Please click onto the links provided below to read articles on the following subjects:

From the Web site, Soencouragement.org:

The Department of Justice reports that approximately 95% of the reported victims of violence are women. But we can’t neglect the fact that many men are abused by their wives. Some of them are even battered, severely. It’s one of those “lesser discussed” subjects. But every abuse victim needs to have their voice heard.

It seems to be something that most battered men don’t discuss. This is so, for a variety of reasons. Some of them are: pride, teasing from other men, shame, and it’s a “guy” thing not to discuss such things. Another reason is because of the fear of incurring further wrath of their wife.

Resources for this Abuse:

However, to read an article that might help men in this situation, please click onto the Sounds of Encouragement web site link provided below:

• Why Do Men Stay in Abusive Relationships?

For additional insight into this issue, the following article, written by Patricia Jones, would be a good one to read:

• MEN ARE ABUSED AS WELL

If you know of additional articles and resources that could help others, we’d appreciate it if you could share them with us. THANKS!

79 responses to “Why Do Christian Spouses Abuse Their Marriage Partners?”