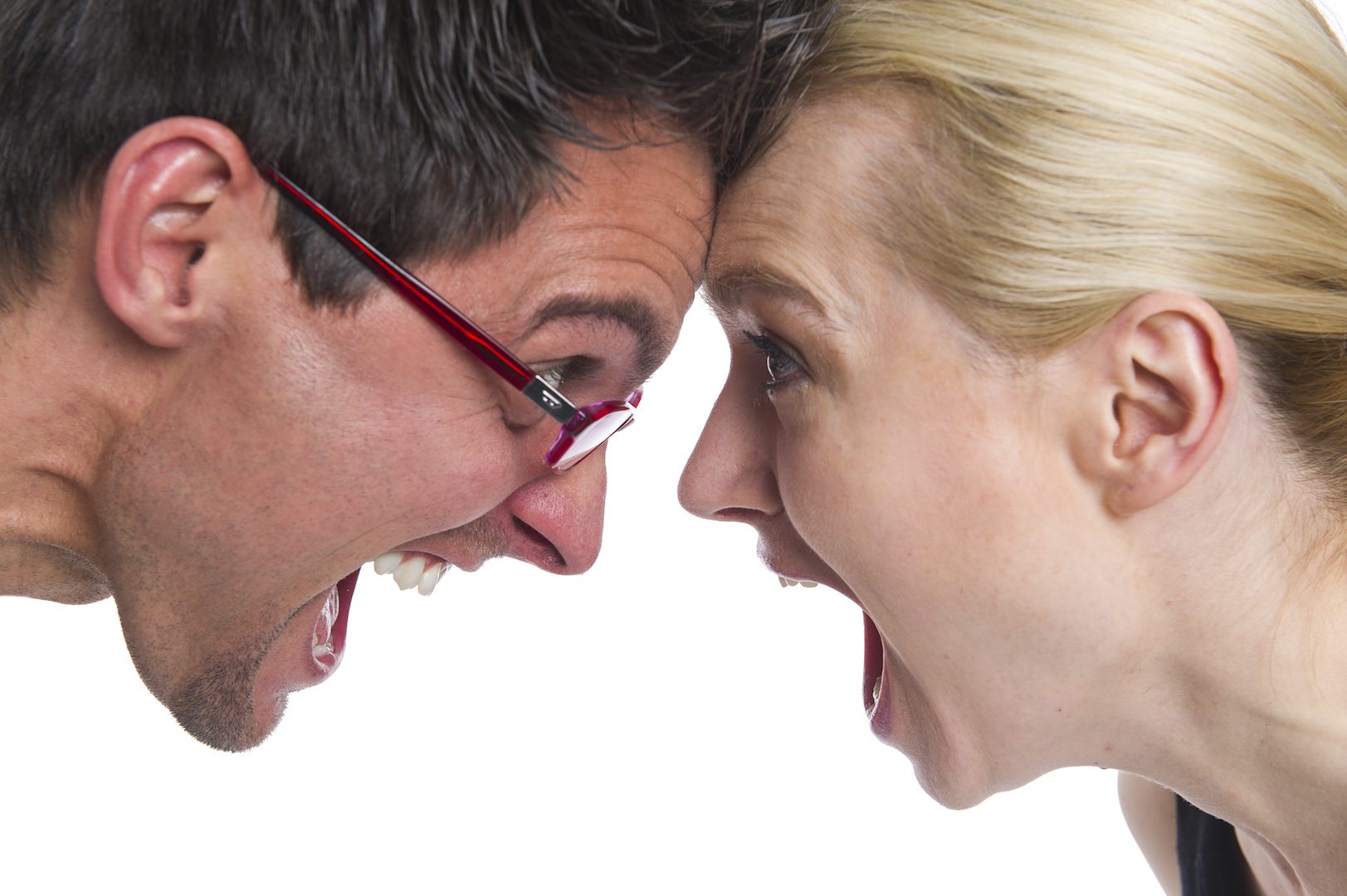 Did you read that right? Yes! It’s been proven scientifically that when yelling starts there is a part of the brain that goes offline. It’s much like a computer goes offline when its circuits become overloaded.

That proves all the more how true it is when the Bible says, “A fool gives full vent to his anger, but a wise man keeps himself under control.” (Proverbs 29:11) In other words, a fool yells, but a wise person stops, listens, and is then able to better reason.

The Ability to Pause

Dr. Dan Siegel, who is an associate clinical professor of psychiatry at the UCLA School of Medicine, and author of the book, The Mindful Brain

, talked about this on a Dr Phil television program. He told Dr Phil McGraw that there is a part of the brain called the prefrontal cortex that “allows us to think and pause before we act. It’s what makes us human. It lets us think, and plan and actually look at other people and think about what’s going on inside of them.” This cortex houses our reasoning centers.

Dr Siegel then points to a diagram of the brain and says:

“This is where the more animalistic brain is centered. In general, our higher human brain controls that. But if we get really upset, if these emotional centers are getting active, it will literally shut that off, and this won’t be functioning. What do you think life would be like if we try to talk to each other, just from an animal brain?”

“When you start yelling, these other centers become pervasive. They grow and take control, and so all reasoning stops. Now, it’s animalistic: attack, fight, flight, survive, and that’s not a problem-solving mode.”

, you’ve got to stop reacting and start reflecting and looking for something called attunement.”

Dr Siegel explains that when a person stops before he or she acts or speaks, it gives them the opportunity to reflect and then better tune into what the other person is trying to communicate. In essence, what this means is that when you’re being yelled at, the reasoning stops. Then the more animalistic part of the brain takes over. Along with this comes fear and frustration, and you react rather than think things through in a rational way.

There’s a Proverb that speaks of this concept. In it we’re told, “There is a way that seems right to a man, but in the end it leads to death.” (Proverbs 14:12) We may think that when we yell, we’re getting our point across in a stronger way. Yelling may make sense to us. It may seem to be the only way that we’ll get our spouse to grab onto the gravity of what we’re saying. “But in the end,” it really leads to the death of the conversation going in a productive a direction. This can eventually lead to the death of the relationship if contempt enters in.

It ushers in chaos and frustration in the other spouse to try to defend rather than listen. It proves all the more that, “He who guards his lips guards his life. But he who speaks rashly will come to ruin.” (Proverbs 13:3)

Shutting Down Our Spouse

We may rationalize that yelling “is the only way I can get them to listen to me!” And it may seem to be effective. Although I wonder if we reduce ourselves to a lower level when we do this. I also wonder if our spouse really listened, or if instead, they shut down because of your reaction. I believe, that the Lord would rather have us find ways to act wisely and use all the parts of our brains. We should also allow others to do the same, to come to a more peaceable solution.

“A wise man fears the Lord and shuns evil. But a fool is hotheaded and reckless. A quick-tempered man does foolish thing…” (Proverbs 14:16-17)

“Do not let any unwholesome talk come out of your mouths, but only what is helpful for building others up according to their needs, that it may BENEFIT those who listen. And do not grieve the Holy Spirit of God, with whom you were sealed for the day of redemption. Get rid of all bitterness, rage and anger, brawling, and slander, along with every form of malice. Be kind and compassionate to one another, forgiving each other, just as in Christ God forgave you.” (Ephesians 4:29-31)

As you read all of this, please consider what you’re doing when you yell at your spouse. I know it’s tempting to yell when you’re frustrated, angry, and don’t know what else to do. I’ve been there. Both Steve and I have done that, much to our shame.

But when I’ve found myself getting heated beyond reason at Steve, that is when we need to take a break for a time. That way I can compose my thoughts and listen, as well as talk. When we’ve done that, I’ve never been sorry. Eventually we come back together in a more reasonable way and work out a solution that is satisfying for both of us.

I realize that not all of you have a spouse who will allow this type of “break” to occur. And for that I’m so sorry. I encourage you to persistently ask God to give you guidance on this. We’re told in God’s word, “Do not repay anyone evil for evil. Be careful to do what is right in the eyes of everybody. If it is possible, as far as it depends on you, live at peace with everyone.” (Romans 12:17-18)

That doesn’t mean that you just let them run over you with their words, but that you look for healthier ways to resolve things, to the best of your ability.

I also realize that some of you have allowed yourself to give into the habit of lowering your impulse control. You have yelled when you knew you shouldn’t. Again, my heart goes out to you. I’ve done the same and deeply regret it. But I also know that God will show us a “way of escape” from even our own impulses when we sincerely pursue His help.

“Because He himself suffered when He was tempted, He is able to help those who are being tempted.” (Hebrews 2:18)

“God is faithful. He will not let you be tempted beyond what you can bear. But when you are tempted, he will also provide a way out so that you can stand up under it.” (1 Corinthians 10:13)

I pray this gives you “food for thought.” Please work to find ways not to yell at each other. This shuts down the parts of the brain that helps reason to come through. We have many articles and recommended resources posted on our web site that can help you with this mission. We’ve found it to be freeing and helpful to our marriage to work through this issue in our lives. We hope you will also.