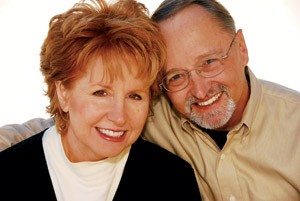 MARRIAGE MISSIONS BEGAN in 2001 when God gave Steve and Cindy Wright a vision of Jesus standing over Jerusalem (Matthew 23) crying on behalf of His people. He was longing to embrace them and be a part of their everyday lives —but they “were not willing.“

God Spoke to Our Hearts

In our mind’s eyes we saw Christ weeping over His children, who were rejecting Him by their actions. God began to speak to our inner being saying,

“This is what my children are doing to marriage —to the visible picture of Christ’s love for the church, that I have entrusted with them to live out.“

We sensed God’s heart breaking as we looked at marriages around us that were ripping apart in divorce. So many others were obviously unhealthy in how they interacted with each other. These were married couples who claimed to love Christ and yet were not living out His life-giving principles for loving each other within the sanctity of their homes.

We also sensed God giving us a vision to reach out to help others embrace the love God has for them. It is our passion to help married couples reveal and reflect the heart of Christ within their marriages.

We recognize that God doesn’t do this with everyone, but He has with us. We’re not anymore “special” than anyone else; it’s just that this is the path God is taking us. God has different paths for each of us to take in this mission. As Steve often says, “We don’t want to deny God anything.” It’s important to answer God’s call, when He gives it, in the timing He gives it. God asked us to stretch ourselves and start mentoring to couples, as a married couple.

So, we started meeting with a few other married couples to share with them the vision to pro-actively take a stand in our own marriages. We felt the call to inspire them to grow their marriages so they reflect the love of Christ in every way. We decided to meet once a month to “spur one another on to love and good deeds” (Hebrews 10:24).

Then God began to show us how much we’re bombarded with the “world’s” views of how they believe love is to be lived out, and how absolutely contrary it is to His own. We started to see how important it was and is to pro-actively put God’s ways of loving continually in front of us. It’s important to combat the world’s ideals and to be pro-active in preventing problems that occur in our marriages rather than just being “re-active” (trying to fix problems once they’ve revealed themselves). We realized that all of us needed to be doing both.

We started reading and listening to everything on marriage that we could. Both of us threw ourselves into becoming students of marriage from God’s perspective. God began teaching us and in 2001 led us to write down some of the “marriage tips” we’d been learning. We started to e-mail them to our friends once a week so we could all benefit from God’s teachings. From there it has expanded.

Marriage Missions got its name when God laid it upon Steve’s heart to call it Marriage Missions. He revealed it first to Steve and then to Cindy, that every one of us become missionaries when we marry. It starts first with us, to continually live out the love of Christ in our own marriage, and then to reach out beyond to help others as well.

We then knelt together to commit this ministry to God to take it where He would want it to go. It has been an awesome journey!

Marriage Missions grew from e-mailing “marriage tips” to a few couples to sending Marriage Messages to multiple tens of thousands throughout the world.

And because of this growth we eventually commissioned to have this web site put together. We needed to do this because we couldn’t keep up with the many requests for past marriage messages. This way everyone has access to them by just going to the web site.

It wasn’t long before we had to have the web site re-designed so we could post additional marriage material. We felt led to help answer some of the questions we were receiving. We also point our readers to additional resources that could further help them.

Since that time we have revised and updated the web site several times. We’ve done this to expand the information it provides. It is our continual goal to do the best we can to partner with God in what He is doing through this ministry.

We feel blessed that He allows us to participate with Him in this awesome way!