THE LOVE STORY OF STEVE AND CINDY WRIGHT 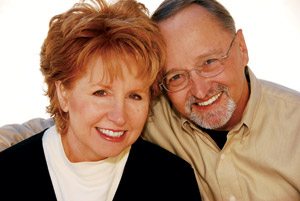 This love story is told by Cindy and Steve Wright. Every married couple has a love story of how they met and eventually married because of their love for each other. We’re no different —except for God. We both know beyond a shadow of doubt that if it wasn’t for the grace of God our “love story” would have a very sad ending. Knowing what was going on in our hearts, we are sure there is no way we would still be together.

We want to tell you “Our Love Story” hoping it will bring hope to those who need it. We hope it provides Godly inspiration of the miracles God can bring to those who reach out to Him.

The Love Story of Steve and Cindy Wright

It all started in a small college community in Big Rapids, Michigan. Steve was a sophomore at (what was then called) Ferris State College. He was also a “disc-jockey” at a student run radio station. Late one evening (October of 1969), he was on the air playing song requests for those who were listening. That’s where I (a freshman at the same college) came in. Having just come back to my dorm room after a bad “blind date”, I turned on the radio.  I decided to call in a song request (feeling a bit sorry for the “guy on the radio” who by that time was begging for someone to call).

After telling Steve my song request we started a phone conversation. This became the starting point for our personal love story. As I tell everyone —I fell in love with Steve’s voice before I ever even saw his face. That night we talked on the phone for several hours. We then agreed to meet at the radio station the next day. From that moment on, a loving (although sometimes turbulent) connection was made. Eventually  our love for each other led to marriage two and a half years later in March of 1972.

As in most “fairy tale” romances (which we thought ours was) the ending line goes, “and they all lived happily ever after.” It would be great if that were true in this case. But it wasn’t. Actually, our first year was pretty smooth sailing —a real honeymoon time. But after the birth of our first child the serious realities of life started to upset our peaceful home.

And when turbulent circumstances started to hit (like Steve being diagnosed with Type 1 Diabetes and the upset that can bring with it), we began to sink into having continual arguments and misunderstandings. Unbeknownst to everyone around us, our marriage became a continual battle ground. We found ourselves unhappy and disillusioned with married life.

There are hundreds of reasons why our marital relationship suffered as it did. Some of them were because of immaturity, and self-centeredness. We also had unrealistic and unmet expectations set in place on both of our parts. And neither one of us had a clue as to how to resolve conflict in healthy ways. All of these “reasons” plus others, played a part of what caused almost irreparable damage to our marital “union.”

The “D” Word Became a Weapon

Eventually, along with other negative communication missiles we threw at each other, we were using the “D” word (divorce) continually as explosive bombs against each other. Our marriage was in serious jeopardy of being forever destroyed.

In the midst of that time my dad needed to have back surgery in another part of the state. My mom asked me if I would come home for a short while to help care for my younger brothers and sister during his hospitalization. I saw this as a way of escape to run away from the turmoil. Neither Steve, nor my mom (or anyone else) was aware that I saw this as a way to get away from Steve for a while. I wanted to see what it would be like to live apart from him.

I took our then 15 month old son David back to my parents’ home and stayed to help my family out. After a short while, I decided to tell everyone that I wouldn’t be going home to Steve. I decided to start looking for employment and a different place for David and me to live.

And that’s where we saw God coming into the picture. Jessie (my best friend all while growing up), found out that I was in town. She called and asked me to go out for coffee with her to “talk.” We did. And as we were talking, I could see a pleasant change in Jessie’s countenance. There was a peaceful change in her that I’d never seen in her before. Eventually, I told Jessie of my marital problems and of my plans to leave Steve. Jessie then started to share with me what was happening in her own life.

Jessie had recently become a “born-again” Christian. She told me of the many positive changes God was bringing about in her life. It was changing the way she perceived everything that came her way.

As Jessie was talking, it’s as if a huge blindfold fell off my eyes. I began to see everything in my own life in an entirely different light than I’d ever seen any of it before. I didn’t understand much about this “born-again” relationship with Jesus Christ. There is one thing I did know, however —I wanted whatever it was more than I’d ever wanted anything else in my life.

And so later that evening I prayed for God to change me as He had Jessie. I asked Him to forgive me for everything I’d ever done that was wrong. I then asked Jesus Christ to be my own personal Savior and the Lord of my life. That prayer, because of the miracles God alone can bring into being, started a whole chain of events. Some of them were pleasant, and some of them very difficult. But they have entirely transformed, in a positive way, the relationship that Steve and I now have with each other.

Jessie’s counsel was to “go home to Steve and let God work in his heart also.” I was a bit concerned because even I didn’t understand what this spiritual change would bring about in our lives. I wondered, how would I explain this to Steve? But somehow I just knew Jessie’s advice was sound.

So I went home and didn’t preach at Steve or even tell him of this “born-again” experience. I wanted to read the Bible and learn more about it myself. It was then that I just started living out the principles for loving as I was learning them. I prayed that someday I’d be able to explain to Steve what had happened in my own spiritual life, in a more intelligent manner.

It wasn’t long before Steve started to sense something positive was happening within my heart toward him (and all of life in general) and he began to ask questions.

Steve’s View of What Happened

The following is what Steve says about this whole experience after I came home:

“I wasn’t aware, at the time, of what had transpired in Cindy’s life since she’d gone to her parent’s house. But, when she came home I knew, practically from the second she walked through the door, that something was different —very different. And I liked it. Her whole countenance —her attitudes and behavior towards me, had changed. It took me about two weeks of living with the “new” Cindy (okay, I can be slow —but I’m not stupid) before I sat her down. I asked her what had happened. Why was she so different, than before she’d left?

She shared her experience of asking Christ to personally come into her life to forgive her, and to change her heart. It was then that I knelt beside our bed and asked Jesus to come into my own heart and life, as well.”

An Ideal Ending to Our Love Story?

If this was a movie, the credits would start rolling here. We would then walk off hand-in-hand into the sunset. “The End” would then appear on the screen. But the reality is —this was just the beginning. God, at this point, began to reveal to both of us what needed to be done to build a healthy relationship with each other.

We’ve been working to throw out the garbage we dragged into our marriage. It’s taken no less than sheer determination and perseverance to learn how to live a loving, God-honoring relationship with each other.

And though it’s been an extremely difficult process at times —it’s been worth every single effort we’ve put into it. God has truly, miraculously transformed our lives with each other. 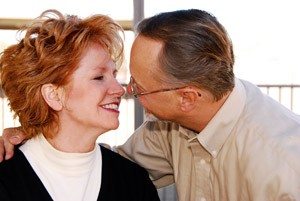 The Love Story is Still Being Written

And the work and the miracles never end. As it is with all married couples, there’s still “life to contend with” in the daily grind of living. It still pulls at us in every direction. But by pro-actively choosing to grow together as a marital team, reflecting the love of the Lord, life together at this stage of marriage is very good —VERY good indeed!

And this is our prayer for every married couple we come in contact with. We pray they will experience the deep, abiding love of Jesus Christ as we have. We also pray this love becomes attractive to others who are married. It is our hope that they will also want to experience the love of God. As a result, the miracles will never end…