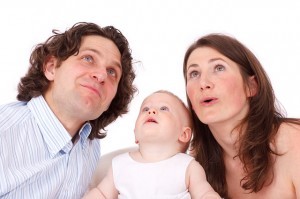 Because of the celebration of Mother’s Day, here in the U.S last week, we’re concentrating on the influence a wife and mother can bring into her home. She brings either a softening or a hardening touch to most every situation, involving her children and her husband. As author Melanie Chitwood says,

Concerning the Influence of a Wife, the Bible says:

“A wife of noble character who can find? She is worth far more than rubies. Her husband has full confidence in her and lacks nothing of value. She brings him good, not harm, all the days of her life.“ (Proverbs 31:10-12) However, “A quarrelsome wife is like a constant dripping on a rainy day; restraining her is like restraining the wind or grasping oil with the hand.“ (Proverbs 27:15-16)

Do you see the influence a woman can bring into her home? So, for this Marriage Message, we’d like to give our women readers a number of quotes to read that can affirm, challenge, and help as you participate with God as His colleague, in ministering within your home. (Next month Steve will address the men on Father’s Day. So don’t think this will stay one-sided forever.)

Influence of a Wife and Mother

• “Your greatest temptation to sin is when someone first sins against you. But their sin never justifies your sin.’ This is as true for spouses as it is for siblings. Fighting your husband’s irresponsibility with irresponsibility of your own is like pouring gasoline on a fire. It just makes things that much more explosive, that much worse. The Bible recommends a more subversive approach: ‘let love conquer evil. Let responsibility shame irresponsibility.'”

…”It’s a spiritual fact that kindness kills wickedness far more effectively than nagging, complaining, or disrespect. Remember, God won us with grace when we were his rebellious enemies. He doesn’t ask anything of you that he hasn’t already done himself. God says that we are responsible to love, even in the face of another’s irresponsibility.” (Gary Thomas, “Sacred Influence”)

• “Have you ever heard it said that some people brighten a room just by their presence, while others brighten the room by leaving? We want to be room lighters, not gloomy grumblers. Jesus told his followers, ‘Let your light shine before men, that they may see your good deeds and praise your Father in heaven.‘(Matthew 5:16) He wasn’t saying we should be ‘Sally Smiles’ or ‘Frieda Fake’ or ‘Polly Perfect.’ He was saying that God has placed his gospel of truth, joy, and hope in our hearts. And we shouldn’t hide it. We should let it radiate from our lives. And as we shine with the Lord’s love, others will be drawn to him.” (Karol Ladd, “The Power of a Positive Wife”)

• “Only one perfect man ever walked this earth, and he never married. Since every wife is married to an imperfect man, every wife will have legitimate disappointments in her marriage. Are you going to define your husband by these disappointments, or will you pray that God will open your eyes to the common blessings that your husband provides and to which you often become blinded?” (Gary Thomas, “Sacred Influence”)

• “Many women I meet at our seminars ask me how they can change their husbands. I gently remind them that the Holy Spirit —not the wife —is the change agent. Speaking to this same situation, Ruth Graham wisely says, ‘Tell your mate the positive, and tell God the negative.’ Talk to God about your marriage. Ask your heavenly Father to work change through His Spirit —and know that He may change you as well as your spouse!” (Bob Barnes, “Your Husband Your Friend”)

• “Make a point of listening carefully to yourself during an hour spent with your husband. Then try to put yourself in his shoes and evaluate the way you behaved and the words you spoke. Try to assess whether you helped draw him closer to yourself as his wife, and to God’s kingdom, or whether you pushed him further away” … “Reflect honestly about your life, and think about any of your actions or attitudes that probably make it harder for other people to believe in Jesus. Repent when you are ready, and ask God to help you change” (Michael and Diane Fanstone, “Praying for Your Unbelieving Husband”).

Plus, on the Issue of One’s Influence:

• “Let me make it perfectly clear that the power of a praying wife is not a means of gaining control over your husband. So don’t get your hopes up! In fact, it is quite the opposite. It’s laying down all claim to power in and of yourself, and relying on God’s power to transform you, your husband, your circumstances, and your marriage.

This power is not given to wield like a weapon in order to beat back an unruly beast. It’s a gentle tool of restoration appropriated through the prayers of a wife who longs to do right more than be right, and to give life more than get even. It’s a way to invite God’s power into your husband’s life for his greatest blessing, which is ultimately yours, too.” (Stormie Omartian, “The Power of a Praying Wife”)

• “Many difficult things that happen in a marriage relationship are actually part of the enemy’s plan set up for its demise. But we can say, ‘I will not allow anything to destroy my marriage.’ ‘I will not stand by and watch my husband be wearied, beaten down, or destroyed.’ ‘I will not sit idle while an invisible wall goes up between us.’ ‘And I will not allow confusion, miscommunication, wrong attitudes, and bad choices erode what we are trying to build together.’ ‘I will not tolerate hurt and unforgiveness leading us to divorce.'”

“We can take a stand against any negative influences in our marriage relationship and know that God has given us authority in his name to back it up. You have the means to establish a hedge of protection around your marriage. Jesus said, ‘Whatever you bind on earth will be bound in heaven, and whatever you loose on earth will be loosed in heaven‘(Matthew 18:18). You have authority in the name of Jesus to stop evil and permit good. And you can submit to God in prayer whatever controls your husband. This includes alcoholism, workaholism, laziness, depression, infirmity, abusiveness, anxiety, fear, or failure —and pray for him to be released from it” (Stormie Omartian, “The Power of a Praying Wife”).

The Prayer of Our Hearts

• Lord, help me to be a woman of God who, with your guidance and strength and empowerment, pokes holes in the darkness that the enemy of our faith tries to bring into my marriage and into our home. Help me to remember that my husband is not perfect, but neither am I. And for that reason, in partnership with you, it is my privilege to pray for BOTH of us. Lord, help me.

• “Rejoice in the Lord always. I will say it again: Rejoice! Let your gentleness be evident to all. The Lord is near. Do not be anxious about anything, but in everything, by prayer and petition, with thanksgiving, present your requests to God. And the peace of God, which transcends all understanding, will guard your hearts and your minds in Christ Jesus“(Philippians 4:4-7).

May God bless, as you minister in your homes “as unto the Lord.”

Is your spouse an unbeliever? Here is an article that may help you in the influence you have within your marriage. We recommend you read it:

• YOUR INFLUENTIAL PLACE WITH AN UNBELIEVING SPOUSE