Where Does it Say in the Bible Sex Outside Marriage is Wrong? 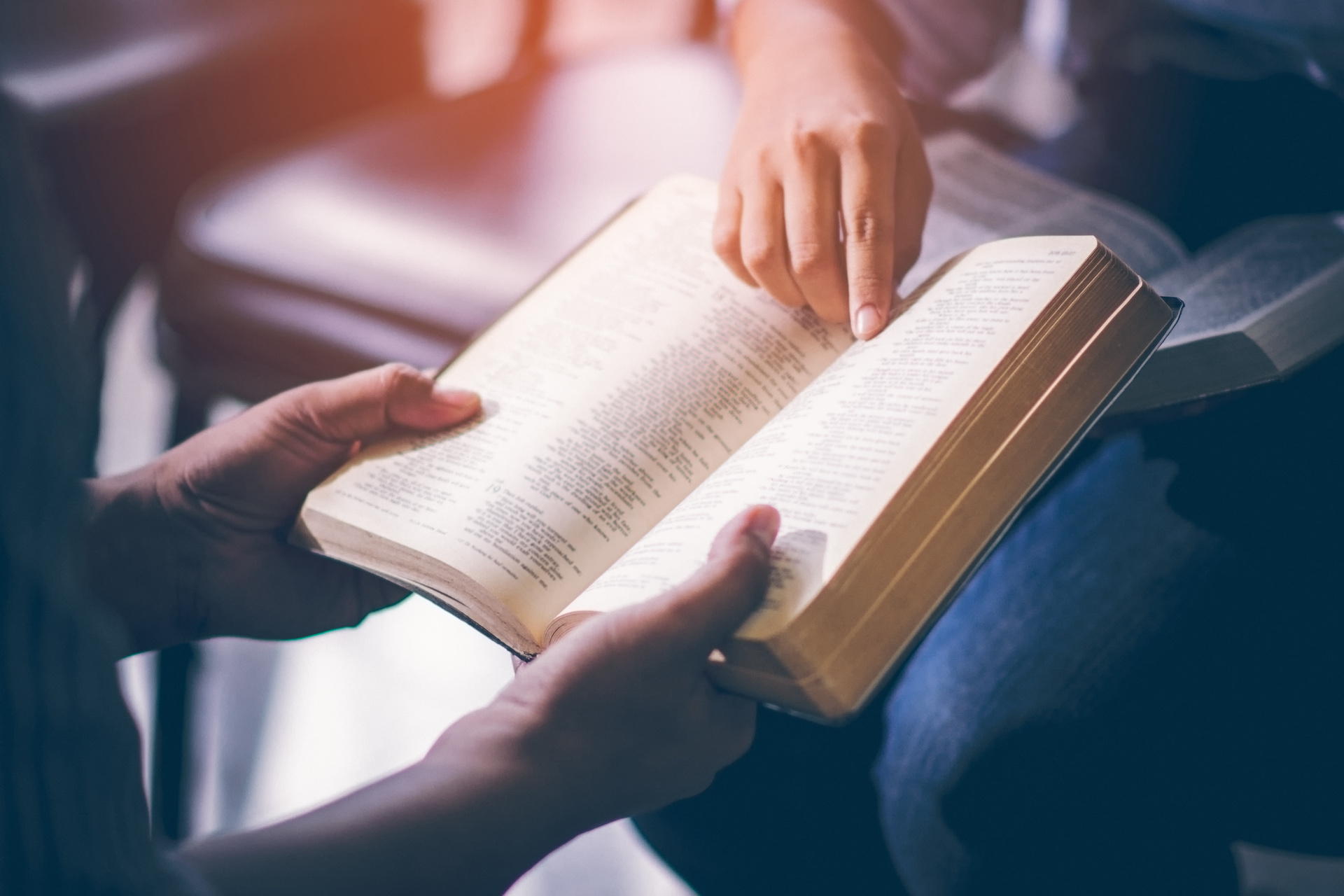 “Marriage is honorable among all, and the bed undefiled; but fornicators and adulterers God will judge.” (Hebrews 13:4)

We preachers state that sex outside of marriage is wrong. But that is because it is our duty to teach as God decreed.

“If anyone speaks, let him speak as the oracles of God. If anyone ministers, let him do it as with the ability which God supplies, that in all things God may be glorified through Jesus Christ, to whom belong the glory and the dominion forever and ever. Amen.” (I Peter 4:11)

So, let’s analyze your arguments. You claim that the Greek word porneia means idolatry or harlotry, a definition counter to every Greek lexicon of which I know, yet you offer no evidence that your restrictive meaning is true. A claim alone is not evidence.

New Testament Usage: The New Testament continues the metaphoric understand in some texts. Revelation, in particular, uses the imagery of licentious sexual behavior (porneia) as a figure of religious idolatry. … Literal uses of porneia include a reference in Jesus’ teaching on divorce. Porneia (“habitual sexual immorality”; illicit sex; cf. moicheia, “adultery”) is the sole justifiable cause for divorce (Matthew 19:9; cf 5:32). Porneia is closely related to moicheia (Matthew 15:19; Mark 7:21); both come from the heart.

And then there is:

Classical Greek and Septuagint Usage: In classical Greek porneuo is used to describe sexual intercourse outside of marriage. The papyri follow this classical usage. The Septuagint uses porneuo literally in a few instances (Deuteronomy 23:17; Hosea 3:3; Amos 7:17). More often the term is used metaphorically for idolatry (see Hosea 4:10,13,18, for examples).

New Testament Usage: … Paul used the term literally in reference to the problem of sexual immorality in the Corinthian church. John used porneuo both literally of those who committed “fornication” (Revelation 2:14,20) and metaphorically of those who had united themselves with the “Great Harlot” (17:81), with merchandise (18:2f.; 19:2), and with those who persecute the saints (17:6).

Thus, we see that your definition is at best incomplete; porneia and related words are not exclusively used for harlotry and idolatry as you attempted to imply. You are attempting to deceive others by artificially narrowing information to make your cause seem to be supported.

“Now the works of the flesh are evident, which are: adultery, fornication, uncleanness, lewdness, idolatry, sorcery, hatred, contentions, jealousies, outbursts of wrath, selfish ambitions, dissensions, heresies, envy, murders, drunkenness, revelries, and the like; of which I tell you beforehand, just as I also told you in time past, that those who practice such things will not inherit the kingdom of God.” (Galatians 5:19-21)

Your second argument is of the same style. You selected a chapter, which mostly lists relationships which are forbidden and then claim that because sex outside of marriage, in general, is not mentioned in this particular chapter it implies it wasn’t forbidden at all.

“Moreover, you shall not lie carnally with your neighbor’s wife, to defile yourself with her.” (Leviticus 18:20)

“If a man is found lying with a woman married to a husband, then both of them shall die-the man that lay with the woman, and the woman; so you shall put away the evil from Israel.” (Deuteronomy 22:22)

Fornication with Someone Engaged:

“If a young woman who is a virgin is betrothed to a husband, and a man finds her in the city and lies with her, then you shall bring them both out to the gate of that city, and you shall stone them to death with stones, the young woman because she did not cry out in the city, and the man because he humbled his neighbor’s wife; so you shall put away the evil from among you.

Fornication with Someone Uncommitted:

“If a man entices a virgin who is not betrothed, and lies with her, he shall surely pay the bride-price for her to be his wife. If her father utterly refuses to give her to him, he shall pay money according to the bride-price of virgins.” (Exodus 22:16-17)

“If a man finds a young woman who is a virgin, who is not betrothed, and he seizes her and lies with her, and they are found out, then the man who lay with her shall give to the young woman’s father fifty shekels of silver, and she shall be his wife because he has humbled her; he shall not be permitted to divorce her all his days.” (Deuteronomy 22:28-29)

You asked where it was forbidden, and numerous passages were cited above. So, in case these weren’t enough:

“I wrote to you in my epistle not to keep company with sexually immoral people. Yet I certainly did not mean with the sexually immoral people of this world, or with the covetous, or extortioners, or idolaters, since then you would need to go out of the world. But now I have written to you not to keep company with anyone named a brother, who is sexually immoral, or covetous, or an idolater, or a reviler, or a drunkard, or an extortioner — not even to eat with such a person. For what have I to do with judging those also who are outside? Do you not judge those who are inside? But those who are outside God judges. Therefore ‘put away from yourselves the evil person.‘” (I Corinthians 5:11-13)

Additionally, it is written:

“But fornication and all uncleanness or covetousness, let it not even be named among you, as is fitting for saints; neither filthiness, nor foolish talking, nor coarse jesting, which are not fitting, but rather giving of thanks. For this you know that no fornicator, unclean person, nor covetous man, who is an idolater, has any inheritance in the kingdom of Christ and God. Let no one deceive you with empty words, for because of these things the wrath of God comes upon the sons of disobedience. Therefore, do not be partakers with them.” (Ephesians 5:3-7)

“For I fear lest, when I come, I shall not find you such as I wish, and that I shall be found by you such as you do not wish; lest there be contentions, jealousies, outbursts of wrath, selfish ambitions, back-bitings, whisperings, conceits, tumults; lest, when I come again, my God will humble me among you, and I shall mourn for many who have sinned before and have not repented of the uncleanness, fornication, and lewdness which they have practiced.” (2 Corinthians 12:20-21)

“Therefore, put to death your members which are on the earth: fornication, uncleanness, passion, evil desire, and covetousness, which is idolatry. Because of these things the wrath of God is coming upon the sons of disobedience.” (Colossians 3:5-6)

“For this is the will of God, your sanctification: that you should abstain from sexual immorality; that each of you should know how to possess his own vessel in sanctification and honor, not in passion of lust, like the Gentiles who do not know God.” (I Thessalonians 4:3-5)

You keep referring to sexual immorality as sex outside of marriage, yet you keep referring to adultery. Look up porneia, on Wesley web site. Why would God care if I’m in a monogamous relationship and no one is in my bedroom? Do I need to show you the meaning of porneia? Seems to me to be prostitution or idolizing other gods.

“And He said, ‘Go, and tell this people: Keep on hearing, but do not understand; keep on seeing, but do not perceive.’ Make the heart of this people dull, and their ears heavy, and shut their eyes; lest they see with their eyes, and hear with their ears, and understand with their heart, and return and be healed.’ Then I said, ‘Lord, how long?’ And He answered: ‘Until the cities are laid waste and without inhabitant, the houses are without a man, the land is utterly desolate.’” (Isaiah 6:9-11)

But even the attempt at distraction fails:

“… The word porneia signifying unchastity in general, either in the married or unmarried state…” [John Wesley, “Upon Our Lord’s Sermon on the Mount, 3”, Sermon No. 23].

This work by the La Vista Church of Christ is licensed under a Creative Commons Attribution-Noncommercial 3.0 United States License. Permission is given in advance to use the material and pictures on this site for non-commercial purposes. We only ask that you give credit to the original creators. A link back to this site is not required, though it is always appreciated.