The following are quotes from various resources that concern communication tools, which a couple can use to build bridges of communication between themselves in how they relate to each other. We pray they will minister to your marriage. 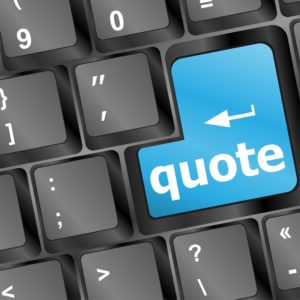 • The most important marriage skill is listening to your partner in a way that they can’t possibly doubt that you love them. (Smartmarriages.com)

• Learning constructive ways to handle your differences is one of the most powerful things you can do to protect the promise that your marriage holds. (From the book, A Lasting Promise, A Christian Guide to Fighting for Your Marriage, by Stanley, Trathen, McCain, and Bryan)

• Watch what God does, then do it, like children who learn proper behavior from their parents. Mostly what God does is love you. Keep company with Him and learn a life of love. Observe how Christ loved us. His was not cautious but extravagant. He didn’t love in order to get something from us but to give everything of himself to us. Love like that. (Ephesians 5:1-2 from The Message)

• Never let the problem to be solved become more important than the person to be loved. (Barbara Johnson)

• Two “Simple Reminders”: hinting, pouting, and sighting won’t get the desired results. YOU HAVE TO ASK CLEARLY. Families are often spared heartache when the husband isn’t required to read his wife’s mind. (Sandra Aldrich, Men Read Newspapers Not Minds)

• When conflict begins to escalate, we will call a Time Out and either try talking again, using the Speaker-Listener Technique, or agree to talk later at a specified time about the issue, using the Speaker-Listener Technique. If we could get the attention of every Christian couple and have them all agree to only one key change in behavior, this ground rule would be it. It’s that important! This one simple rule can protect and enhance relationships. Why? Because “A fool gives full vent to his anger“ (Proverbs 29:11). Scripture clearly teaches us that escalating and venting at one another is foolish. Furthermore, research on marital health, and physiological health simply does not support the idea that venting is healthy. In fact, it’s deadly for relationships and for your own health. (From the book, A Lasting Promise, A Christian Guide to Fighting for Your Marriage, by Stanley, Trathen, McCain, and Bryan)

• WHEN YOUR SPOUSE HAS A TENDENCY TO OVER-REACT: Create awareness and accountability. Your spouse may not realize how reactive he or she has become. Habits aren’t just hard to break; they’re often difficult to recognize. Next time your spouse overreacts, change the way you respond. If you typically overreact, turn and walk away. If you usually don’t say anything, bring it up later and describe how it makes you feel. If your spouse is volatile, allow at least an hour to pass before you bring up the conflict. This allows him or her to calm down and return to a normal heart rate, blood pressure, and other physiological levels. In extreme cases, you might try writing your mate a letter and making him or her aware of how much of a problem this really is. Writing a letter underlines that you’re addressing a real difficulty, and allows your spouse to read it without your presence or the pressure to immediately respond. It also gives you the opportunity to pray and think about what you’re trying to communicate —not just settle for what typically comes out of your mouth during a heated exchange. (Mitch Temple, one of the authors of the book, The First Five Year of Marriage)

• Sit down with your spouse at a time when you’re not upset with each other and make a list of what is and isn’t acceptable to say and do during a time of conflict. This provides a safer and more mature way of working through your disagreements so you come to a healthier understanding of each other. Put into writing that which you’ve agreed upon. Both of you are to sign the agreement. Then display it somewhere so you can read through it each time you need to resolve conflict.

• You may want to come to an agreement that certain times are never good for bringing up important things. For example, we have worked with many couples who have agreed that neither will bring up anything significant within thirty minutes of bedtime. Other couples also include the time getting ready for church, transition times when preparing for or arriving home from work, date times, mealtimes, and so forth. (From the book, A Lasting Promise, A Christian Guide to Fighting for Your Marriage, by Stanley, Trathen, McCain, and Bryan)

• A GOOD GROUND RULE: We can bring up an issue at any time, but the listener can say “This is not a good time.” If the listener does not want to talk at that time, he or she takes responsibility for setting up a time to talk in the near future (usually within 24 to 48 hours). This ground rule ensures that you will not have an important or difficult talk about an issue unless you both agree that the time is right. There is no point in having a discussion about anything important unless you’re both ready to talk about it. (From the book, A Lasting Promise, A Christian Guide to Fighting for Your Marriage, by Stanley, Trathen, McCain, and Bryan)

• If your spouse has a strong aversion to discussing conflicts, ask him or her to try an experiment with you. It will take just 20 minutes once or twice a week. During the first 10 minutes of that time, one of you will talk about issues that are bothering you. The other will only listen, with no argument or debate —no seeking to set the other person straight or change anyone’s mind. The only response allowed is to ask for clarification. During the second 10 minutes, the other spouse will talk. Again, a request for clarification is the only response allowed. At the end of the 20 minutes, take a time-out from each other. Reflect on what your spouse said. Does it help you understand some of the reasons for his or her feelings? If, having tried this, your spouse still seems intent on avoiding all conflict in your relationship, it’s time to seek professional help. Seek the services of a Christian counselor who can help the two of you gain perspective on what’s happening beneath the deceptively calm surface of your marriage. (Phillip J. Swihart, one of the authors of the book, The First Five Years of Marriage)

• Rather than avoiding conversation or withdrawing altogether, take time-outs when things get dicey. When you’re not making progress by talking, when you feel emotionally exhausted, or when the conversation becomes negative, step back and take a break. Time-outs can help you get a new perspective. Agree to continue the discussion constructively or end it until you and your spouse can handle it well. Here’s the process of calling a time-out: • Stop the conflict. • Express your need to take a time-out. • Affirm your intention to solve the problem together later. • Communicate your respect and love to your spouse. • Give each other “space” to gain perspective and think clearly. • Establish a time to resume the discussion later the same day, if possible. (James Groesbeck with Amy Swierczek, from the book, The First Five Years of Marriage)

• Honor is one of the most important skills you can master. One marriage expert, Dr John Gottman, says that “without honor, all the marriage skills one can learn won’t work”. Another expert, Dr. Scott Stanley, says that “honor is the fuel that keeps the life long marriage loving and functioning. If only a spark of respect or adoration remains, the spark can be turned into the flame in a few days.”

• The “Fifteen Minute Time-Out Rule”: [My husband] Toben promises that he won’t say a word for 15 whole minutes. And at that point I am able to calmly explain why my feelings are hurt as well as being able to listen and understand as Toben explains his side of the story [when it’s his 15 minute turn to talk]. We don’t use the “Fifteen Minute Time-Out Rule” very much anymore, but it helps me immensely to know it’s there if I need it. And it saved a lot of hurt feelings and words that couldn’t be taken back during our early years of marriage. I hate to admit it, but when I start feeling backed into a corner, I lash out. I say mean, hurtful, and ugly things that I end up regretting. And as Meg Ryan’s character said in the movie, You’ve Got Mail, there’s no reason to say those kinds of things to someone —no matter what he’s done (or what you think he’s done) to deserve it. Paul said much the same thing in 1 Thessalonians (as interpreted in The Message): “And be careful that when you get on each other’s nerves you don’t snap at each other. Look for the best in each other, and always do your best to bring it out” (1 Thessalonians 5:15). (Joanne Heim, Happily Ever After)

• One of the most practical things to do [when talking about a sensitive issue] is to start your discussion with prayer. This habit can transform your marriage as you invite the Holy Spirit to guide your conversation. It also helps you steer clear of the pothole of confronting your spouse impulsively. Speaking of steering, remember that driving along a cliff is even harder going in reverse. In other words, don’t bring up past issues while trying to resolve new ones. If many of your old conflicts lack closure, get a mediator —a pastor or Christian counselor —to help bring your marriage up to speed and moving forward again. (Rob Jackson, one of the authors of the book, The First Five Years of Marriage)

• Say what you mean, mean what you say, but don’t say it mean. “But, speaking the truth in love, we will in all things grow up into him who is the Head, that is, Christ“ (Ephesians 4:15).

7 responses to “Quotes on “Communication Tools””