We Almost Married But We Didn’t Have Peace 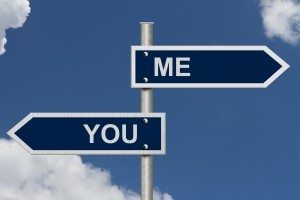 Kathy looked at me with tears in her eyes and pain in her voice. She said, “Just six days before our wedding, after being engaged for six months, we called our wedding off. We felt it was the right thing to do, even though it definitely wasn’t the easiest thing to do. As you can imagine, it was really hard to make that decision. We had already had two wedding showers, a bachelor party, a bachelorette party. And worse yet, our extended families had already come into town for the wedding. Some of them had flown in that week from other states. But in spite of all that, we knew if we went through with the ceremony, we would have been making a huge mistake. We almost married, but didn’t have peace so we called it off.”

Three years earlier, Bob and Kathy had met at a popular local restaurant. They, along with sixty other twenty-somethings, had come there to eat dinner and hear about a singles’ study their church was starting. It was related to dating and marriage. As single adults who were looking, this study sounded as if it could be helpful and a lot of fun.

As it turned out, they ended up not needing that study to find their special one. After that night, it seemed that they might be a perfect match for each other. In the two weeks that followed, they went out on a couple of dates. After those two dates, they decided they weren’t ready for a serious relationship with each other. As a result, they made a commitment to “just be friends.”

Over the next year, Bob and Kathy’s friendship grew. Since they enjoyed each other’s company, it was only natural for them to continue their friendship by e-mail and phone when Bob went away to college. It’s said that absence makes the heart grow fonder, and that certainly was the case with Bob and Kathy. Although they were living in separate cities, the distance actually drew them closer together. Their e-mails and phone calls changed their relationship from being that of just friends to being each other’s boyfriend and girlfriend.

After a year away at school, Bob moved back home and continued dating Kathy, in person. This time they hit it off and seriously dated each other for the next year and a half. Their dating ultimately led to engagement, which was followed by six months of preparation for their wedding.

Everyone who knew them thought they were perfect for each other. That, in part, was what made it so hard for them when they began to feel that they shouldn’t get married.

“When you did begin to have doubts about whether or not you should get married?” I asked Kathy.

“Three weeks after we got engaged,” Kathy said.

“What happened?” I asked.

Kathy replied, “We were on a three-week trip together. It was actually a trip where we were ministering together in a third world country. A few days into the trip, I began to see a side of Bob that I had not seen before. We started having conflicts. Huge conflicts. We were far from meshing in our ministry together. I also began to realize that if I married Bob, because of these conflicts, I wouldn’t be able to do what I believe God made me to do. So I began to feel like red flags were popping up all over the place.”

“So what did you do after that trip to deal with your feelings?” I asked.

“We talked about it when we got back to the States, and we also brought it up in our premarital counseling sessions because both of us were feeling like we shouldn’t get married.”

“What did your counselors say?”

“The couple who was doing our counseling said that what we were feeling was probably from Satan. They said that he would try to rip us apart by attacking our feelings. And then the wife added, ‘I’ve heard from the Lord. You’re supposed to be married.'”

When I heard Kathy tell me that, my heart sank. This may be strong, but as a pastor who does a lot of premarital counseling, I’d call that stupid advice. After I shared with Kathy my feelings about the counsel they received, I said, “So how did you respond to their advice?”

She replied, “Their counsel pretty much calmed us down for a while. But then some other issues came up. I once again began to seriously question if I should marry Bob. I began to see things in him and in our relationship that gave me uneasy feelings about going forward. After a couple more months, it finally came to a point where we both agreed to take a day off from our jobs and just pray about whether or not we should go through with the wedding. At the end of that day, both of us knew we couldn’t get married. Neither one of us had peace that this was the right thing to do. So we called it off.”

After Kathy and I spent some time talking about how she is doing now. I then asked, “If you were to help someone who is struggling with ‘should I or shouldn’t I go through with getting engaged or married?’ what would you say to them now?”

Without hesitation she replied, “I’d tell them to pay attention to what your heart says. If you don’t have peace, don’t get engaged until you do. And if you’re already engaged, don’t make a mistake and get married, no matter how hard it might be to call it off.”

I agree with Kathy 100 percent. … If your heart feels heavy, tense, confused, uneasy, or pressured, you need to find out what’s wrong. Something isn’t right and it needs to be checked out. It’s in your best interest not to ignore any of those relational warning signs.

Look for peace. Not just peace relationally, but peace emotionally too. It’s obvious you as a couple need to be at peace with each other. You need to get along. But internal emotional peace is also necessary. It is one of the key ways God reveals His will in our lives.

Paul wrote about the importance of relational and emotional peace in Colossians. He said, “Let the peace of Christ rule in your hearts, since as members of one body you were called to peace.“

…Peace must be the final authority in your heart. Without it you could be making a mistake. Peace is like a relational green flag that tells you to keep on moving forward —full speed ahead. A lack of peace should be like a yellow caution flag. For safety’s sake, you need to slow down and proceed with caution. A red flag could be telling you to pull over and stop before you put yourself in harm’s way.

…If your heart is at peace and rest, that’s good. That’s a sign that you may be ready to move forward with the relationship. Something good may be in the future for you as a couple. …Pay attention to your heart. It could be the difference between relational life and death.

This testimony is written by David Gudgel, and can be found in the book that he and his son Brent Gudgel, and future daughter-in-law Danielle wrote. It is titled Before You Get Engaged

and is published by Thomas Nelson. This book offers advice and direction for those who are dating who are considering whether or not they will want to eventually marry. This can be seen as a pre-engagement book —which makes it unique. It aims at equipping you with insight, confidence, and peace to make one of the biggest decisions of your life.

Pastor Gudgel says about this book, “My prayer is that whatever the future holds for you, this book will help you be sure that you are getting engaged, and ultimately married, to the right person.”