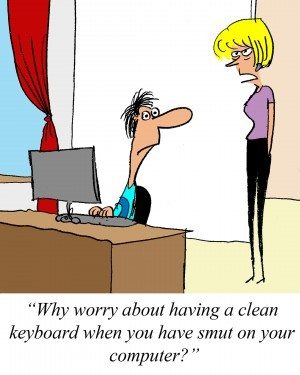 So how do you change your mind when it comes to investing it in places where you shouldn’t? That’s the question we’d like to address as a follow-up to the Marriage Message series we just completed on Adultery of the Mind. In this Message we’re talking about the sexually abusive mind.

We received the following note, regarding the past Marriage Message, which we’d like to answer for all to read:

“This is sobering stuff. It would be even better in future articles to write on how to get out of sexual sin. Somehow I doubt whether ‘rubbing it in’ will help those who are acutely aware of the sinfulness of pornography. They are desperately trying to escape this sinful behavior without much success.”

We agree. But those who are hurt by this type of behavior are so glad that we are putting voice to this issue. We’ve been contacted by many who are saying in essence: “Finally, someone in the church is addressing this issue.”

And others are saying, “I feel like you have looked into my life. You are acknowledging the pain I’m going through.” So for those we have personally touched, we’re glad to bring this out into the light and expose the darkness. We pray these messages will bring help and hope.

For those who feel we are “rubbing it in” instead of giving “how-to’s” in addressing this problem, we’re truly sorry. That isn’t our intent. But these Marriage Messages cannot be all-inclusive. We have a lot of “helpful” articles posted on this web site. Please look around. They concern the sexually abusive mind and other sexual issues.

In all of this, you have to admit that there is a lot of rationalizing, justifying and denying the tug of the Holy Spirit that goes on, for one who gets snagged.

The downward spiral in justifying and “mixing” a person’s standard with their own happens in the same way as most any addictive behavior. The first time someone gives into addicting behavior, a door opens to invite the next time. Each time addictive behavior is invited in some type of mind shift is involved in order to justify this type of cheating.

Mixing Our Standards in With God’s

Author Fred Stoeker, who was once caught up within the snares of pornography, puts it this way concerning the sexually abusive mind:

“We aren’t victims of some vast conspiracy to ensnare us sexually. We’ve simply chosen to mix in our own standards of sexual conduct with God’s standard. Since we found God’s standard too difficult, we created a mixture. We created something new, something comfortable, something mediocre.

What do we mean by ‘mixture’? Perhaps a good example is the muddled definition of ‘sexual relations’ that surfaced in the sex scandal involving President Bill Clinton. After the president stated under oath that he did not have sexual relations with Monica Lewinsky, he later explained that he didn’t view oral sex as being in that category. So by that definition, he hadn’t committed adultery.

That represents quite a contrast to the standard Christ taught: ‘But I tell you that anyone who looks at a woman lustfully has already committed adultery with her in his heart‘ (Matthew 5:28). (From the Familylife.com article, “God’s Standards on Sexual Immorality)

So, these Marriage Messages are meant to be a STARTING PLACE to inspire people to get help. It’s like what author Gary Thomas says,

“While how-to marriage books and seminars [as well as Marriage Messages] certainly have their value and place, on their own they miss the key issue. It’s not really about HOW to. Far more often, it’s about whether we have the HEART to.”

We must have the heart to change before we will truly take the initiative to find out how to change wrong behavior. That is what it will take for any time of real change to occur over the long haul. If we don’t make an intentional shift in our thinking and our actions, we will eventually go right back to it.

It is our prayer that this series has been a catalyst into getting some people closer to changing their minds. When that happens, a lasting change is possible. So below are a few tips for those who DO have the “heart-to” stop doing what is wrong.

To Change a Sexually Abusive Mind:

“Those who live according to the sinful nature have their minds set on what that nature desires. But those who live in accordance with the Spirit have their minds set on what the Spirit desires. The mind of sinful man is death but the mind controlled by the Spirit is life and peace. The sinful mind is hostile to God. It does not submit to God’s law, nor can it do so. Those controlled by the sinful nature cannot please God.” (Romans 8:5-8)

“I urge you, brothers, in view of God’s mercy, to offer your bodies as living sacrifices, holy and pleasing to God. This is your spiritual act of worship. Do not conform any longer to the pattern of this world. But be transformed by the renewing of your mind. Then you will be able to test and approve what God’s perfect will is —his good, pleasing and perfect will.“ (Romans 12:1-2)

“Set your minds on things above, not on earthly things. For you died, and your life is now hidden with Christ in God. When Christ, who is your life, appears, then you will appear with him in glory. Put to death, therefore, whatever belongs to your earthly nature: sexual immorality, impurity, lust, evil desires and greed, which is idolatry.“ (Colossians 3:2-5)

“Flee from sexual immorality. All other sins a man commits are outside his body, but he who sins sexually sins against his own body. Do you not know that your body is a temple of the Holy Spirit, who is in you, whom you have received from God? You are not your own; you were bought at a price. Therefore honor God with your body“ (1 Corinthians 6:18-20)

Gary Kinnaman gives this insight on this issue:

“What God has created for good, human beings are distorting and prostituting. That which came from God, for husband and wife to ‘know’ each other more intimately, is becoming like a god to so many. Its temporal pleasures are driving people into a personal hell of sexual addiction and spiritual oppression. Flee from its grasp as you would flee from a poisonous snake.

“… When you play with anything that even hints of immorality (see Ephesians 5) you’re playing with fire. It sears the conscience and scars the soul.”

“Submit yourselves, then to God. Resist the devil, and he will flee from you. Come near to God and he will come near to you. Wash your hands, you sinners, and purify your hearts, you double-minded. Grieve, mourn and wail. Change your laughter to mourning and your joy to gloom. Humble yourselves before the Lord, and he will lift you up.” (James 4:7-10)

Did you get that? Flee from sin —don’t keep playing with fire. It is a losing proposition. Flee, submit to God, and you will be free.

As a matter of fact, the following are some resources we’d like to point you to concerning the sexually abusive mind. The first one comes from the ministry of Family Life Today, which is posted on their web site. It gives “five steps that will help you break free,” and written by Dave Boehi and Mike Pickle. Please read:

• HOW DO I ESCAPE THE TRAP OF PORNOGRAPHY IN MY LIFE?

To help change the sexually addictive mind, here’s an additional article for wives to read:

For the Sexually Addictive Mind:

You can’t protect yourself against everything all the time. But the rule can be: “As for me in my house, we will honor the Lord.” Here’s a great standard to hold onto as told in Psalm 101: “I will set before my eyes no vile thing.“ That’s a good rule for us all —no matter who we are or where we are!