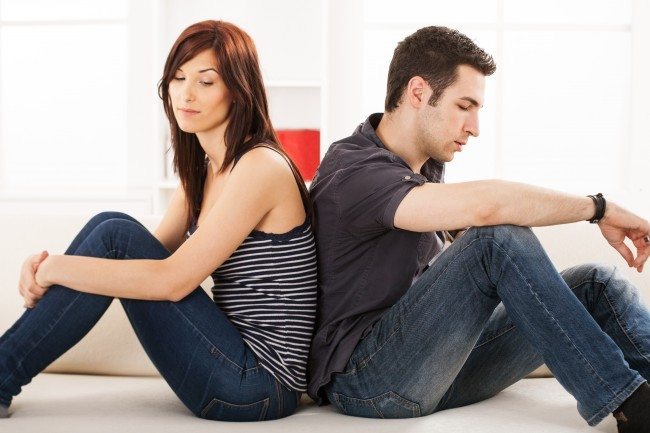 Does God help save marriages? With all our hearts we believe He does. We personally know of many (including our own, which you can read in The Love Story of Steve and Cindy Wright), and have heard of a lot of others where God helped them turn their marriages completely around. They now have great marriages, where before their relationships looked doomed and hopeless. (You can read and view of many of the marriages we have heard about in the Save My Marriage Testimonies topic.)

Does this happen often? Not as often as it should.

Why not? We believe it’s because it takes humility, a renewed commitment, and a willingness to approach issues completely differently –God’s way instead of ours. But first, it begins with prayer. Sadly, many would rather give up on their marriages than humble themselves and persevere to that extent.

The Marriage Insight we want to share with you is especially appropriate this week as the movie “The War Room” just came out… dealing with prayer and the war we are to wage against the enemy of our faith –not with each other. (It’s a movie we highly recommend.) If the enemy of our faith can get us to keep fighting with each other, we aren’t fighting him, and the forces of darkness. Sadly, the strategy is working.

Sometimes There IS Victory

But something that David Clark writes in his book, A Marriage After God’s Own Heart

shows that sometimes there IS victory. In it, he writes of a couple he counseled, “whose marriage was over. At least, they thought it was over. Years of neglect and unresolved conflict” had done its damage. They talked with him at great length, and from the outside, it all looked hopeless. But Dr Clark “asked them to spend the next week thinking, praying, and soul-searching about their marriage.” He then scheduled another appointment with them for the following week.

Please don’t miss that important point. He “asked them to spend the next week THINKING, PRAYING, AND SOUL-SEARCHING about their marriage” TOGETHER, humbling themselves before God.

When they walked in the next week, their countenance was completely different. “They were holding hands, smiling, and laughing —just as couples do when they’re in love.” They then told Dr Clark their “incredible story.”

“They said that they had gone home after the previous week’s session ready to end their marriage. After three days of silence, the husband suddenly asked his wife to pray with him. He told her that he was desperate and the only option left was to turn to God.

“And so they prayed, and prayed, and prayed. For three solid hours, they cried out to God on their knees in their bedroom. They confessed their sins in the relationship and repented of many things they had done to hurt each other. They admitted their resentments and gave them all to God. Through tears they asked for forgiveness—from God and from each other.”

“They told me that something amazing happened after those three hours of prayer. Forgiveness and healing happened. They felt cleansed, and felt hopeful. They felt love for each other for the first time in years. With God’s help, they knew they could start over. To be sure, this couple still had hard work to do in therapy. We spent several months clearing away old debris and building a new marriage. But their prayer marathon was the beginning of their journey.”

The Need for Hope

What this couple needed was a beginning… a beginning of hope. They needed hope in the fact that God can not only raise people from the dead, but He is also a God of resurrection in marriages. And He is. This couple (and Steve and I and many other couples) know this to be true.

But then another journey to a miracle begins. It’s the tough journey of “clearing away the debris” as Dr Clark refers to in his book. You then need to put into its place the good stuff that will help you to grow a truly good marriage. It’s a journey that also depends upon prayer as you look to the Holy Spirit, our “Wonderful Counselor” to lead. Sometimes we need to learn new skills, and sometimes we need to “unlearn” some things that are causing problems.

One of the things that has to be “unlearned” is to throw away the “D” word —considering divorce as an option. It’s like what R.C. Sproul wrote:

“For this pattern to change, a new commitment must be made. If the two options are status quo or redemption, that commitment is not difficult to make. But if the options include divorce, commitment is extremely difficult. As long as divorce remains a serious consideration, even if a person has not yet chosen it, he or she is usually paralyzed and cannot make the kind of commitment necessary to change the direction of the marriage.”

I’m reminded of something that Jay Kessler once said. He said, “the absence of alternatives clears the mind marvelously.” Once you no longer consider the “alternative” of divorce (or entertain the enemy of our faith by considering it an option), it’s amazing how much more open we are to other options. We’ll actually work on fixing what’s broken that is causing the problems. It’s not a matter of finger pointing to WHO is the problem, but rather WHAT is the problem we can work on together, as a marital team. A whole new mindset has been birthed.

I want to make one more point about throwing the option of divorce out.

“Consider the following illustration of what marriage commitment should be. If you were on the 10th floor of an apartment building and you smelled smoke you would naturally look for a fire escape. But if there were no fire escape, the only sensible thing to do would be to put out the fire. When a couple makes a commitment that divorce is never an option, they give themselves no fire escape. The foundations of trust are strengthened. If threat of divorce is used as a tool of manipulation, the relationship is in serious trouble.

“During the first few years of marriage, there were a few times in the heat of arguments when either Roxana or I would threaten a divorce. We were smelling smoke and were ready, if necessary, to head down the fire escape. I don’t believe either of us really considered divorce an option. We both hold strong beliefs against it. Yet even the threat of divorce was eroding our trust in each other. Each of us began to be afraid that the other was serious.

“We talked about this one day and agreed never to use the threat again, regardless of how hurt or angry we were. Our trust is very strong now because we know that we’re committed to putting out the fires. We have no fire escape. We can therefore depend on the fact that we’ll have each other regardless of what happens.” (From the book, “Why Just be Married When You Can Be Best Friends”)

Once you get to the place where you are both praying, in humility, and once the divorce option is out, it’s amazing all that God can bring your way to help you, in your resurrection marriage journey.

The most important point we want to make in this Marriage Insight is that a resurrected marriage IS possible.

And then, for your marriage to be all it can be, with God’s help, the journey starts (and continues) on one’s knees —praying. Sometimes it’s just one spouse praying in the beginning; sometimes it’s both. But we dare not be so prideful and independent that we overlook or dismiss God’s miracle working power. We pray you won’t. We pray that you will look to God to help you in the ways you most need it.

Once the renewed commitment is made, we have a lot of Marriage Tools and all kinds of topics and articles posted on this web site that can be good starting places to help you with the particulars of what you need to work through in your marriage. Please take advantage of all we make available for your use. Read, glean through, and use whatever you think will best help you.

14 responses to “Does God Save Marriages?”