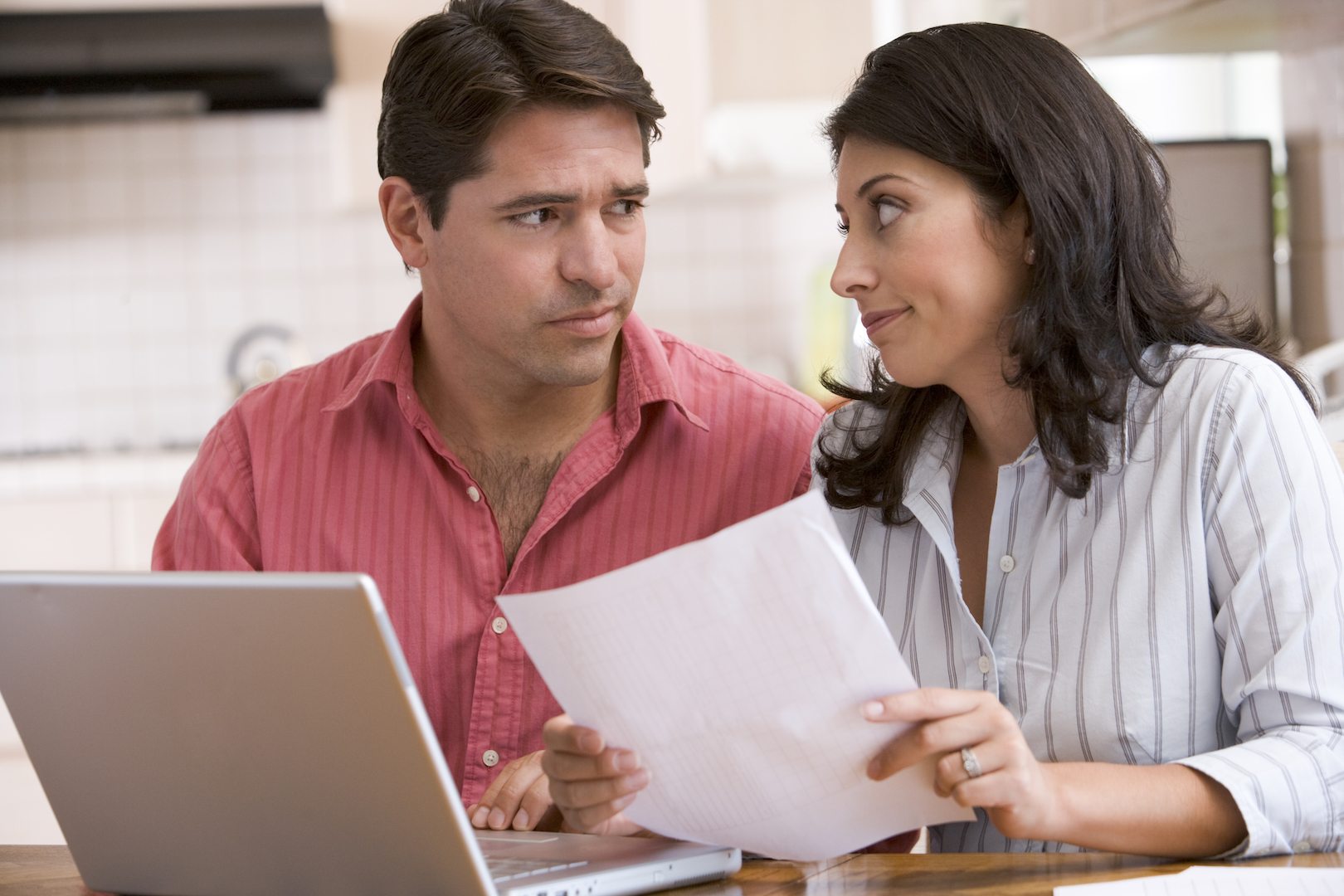 Most of us have had the occasional heart-to-heart talk with our spouse over family finances. It probably comes as no surprise, then, that arguing about money is one of the most common arguments married couples experience. It’s not unusual at all for couples to disagree about money.

However, when a married couple continually argues over money, it puts a tremendous strain on their relationship. This is true regardless of how much or how little money is coming into the home.

Disagreeing about money isn’t the problem. It’s how you work through your disagreements and differences so you both eventually become satisfied with the outcome. After all, it’s only natural that you find things you disagree with. You both came from different vantage points in spending money before you married. But as a marital team you need to work through your differences.

So, how do you deal with your differences when it comes to money? You need to make sure it doesn’t destroy your marriage (like it does in so many cases). It’s important to instead build relationship bridges together.

Authors, Bethany and Scott Palmer and Jim Burns, tell us that:

They then go on to explain more about each personality type and how to move toward agreement. Interested in learning more?  Here’s a web site link where you can read about this issue:

Another article that could help you deal fairly with each other concerning finances is written by Ellie Kay. In this article, Ellie brings out the point that “Research indicates that couples who argue the most about money often end up accruing greater debt. They then consequently have less in savings.”

She gives several “Savings Schemes.” Here’s one of them:

“There’s an old saying, ‘If you aim at nothing, you’ll hit it every time.’ Decide to limit your ATM or debit card withdrawals to a specific date and amount. If someone violates this boundary, agree that the guilty party will take the additional money from his or her ‘luxury fund.’ When you realize you won’t have enough saved to have the anticipated manicure, then you might be more inclined to avoid spending in order to hit the savings target.”

• WHAT FIGHTING ABOUT MONEY WILL COST YOU

In addition, the ministry of Focus on the Family has an article written by Dave Ramsey that may help you in this area of your marriage as well. In this article he gives the following tip that has helped him in his marriage.

“My wife and I have made a pact that nothing major financially will be done without agreement from the other. This pact is sometimes a real pain. There are times I really want to spend money on something. I feel like I’m going into the principal’s office to get permission. Sometimes she feels the same way.

“Yet that short-term pain and relinquishing of ‘rights’ has brought us closer and closer together.”

To read more, please click onto the web site link below:

I realize this article took you to several web sites away from this one to learn more about this issue. But I’m hoping by leading you to do so, you have a different (and hopefully better) insight into how to view money matters.

I know that the above articles taught me (and my husband Steve) some things we hadn’t considered. Hopefully, they did the same for you.

If you have additional tips you can share, please “Join the Discussion” by adding your comments below.
Cindy Wright of Marriage Missions International wrote this article.

One response to “Five Ways Couples Disagree About Money”