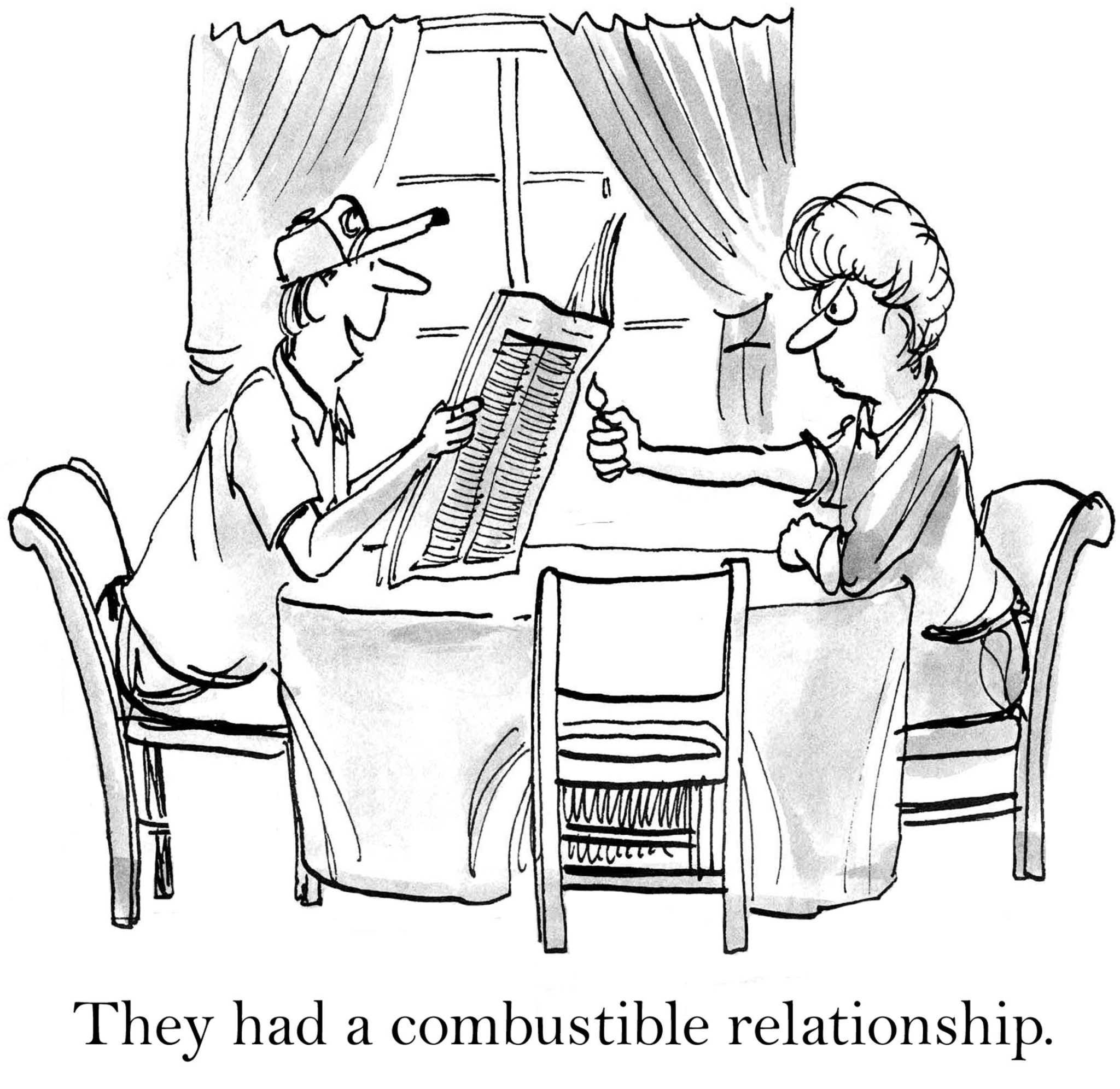 When faced with a problem in your marriage, what do you do? Hopefully, you face it and look for a way to resolve it, so you are fixing marital dilemmas, rather than ignoring them.

I had a “funny” incident that happened the other day, that caused me to look for a tool to resolve it. It wasn’t a marital problem, but it was frustrating, and it showed me that using the right tool, at the right time, in problematic situations can bring about the needed results.

It was our clothes dryer that was giving me a fit. I put a load of clothes into it, turned the knob, and a horrible squealing noise came out of the innards of the dryer. This wasn’t the first time it had happened, but this was the loudest and the longest that it squealed. Grrr… Something obviously, needed to be done!

When this had happened before I asked Steve to open the back end of the dryer so he could see if there was anything that seemed obvious that could be fixed. But he got occupied with other matters and forgot.

So, here I was with this squealing dryer again. This time it was noisier than ever.

I decided that my husband probably wouldn’t remember if I just asked him again to look at it. I felt he needed a more impressive reminder. So I called him up, and talked to him while the dryer was squealing away in the background. He said, “WHAT is that noise?” I told him, “oh, is that irritating for you to listen to? Well, it’s sure irritating to me. I just wanted you to listen to what I’m hearing when I turn on the dryer. That’s the dryer I asked you to try to fix previously.”

He then promised to look at it when he got home. I asked him, “But what do I do in the meantime about the wet things in the dryer?” (We hang most things out on a clothesline, but towels and sheets seem to feel nicer when they are fluffed dry.) Steve told me that one time the dryer was squealing when he was home. So he opened it, and rearranged things within it. He then pushed on the back of the dryer. It stopped squealing when he started it up again. He concluded that the drum may be out of alignment.

After hanging up the phone I thought, “Why not give it a try, for at least this time?” I knew, however, that with a bad back I couldn’t very well push on the back of the dryer in that bent over position. Then I would add an additional problem of having a back out of whack. So I wondered what I should do. And then I thought, “why not try pushing at the back of the dryer with the back of a hammer?” It seemed unconventional, but perhaps, just perhaps it would work.

I did it —with a bit of gentle force. (I knew better than to whack on it. But if it was an alignment problem, it seemed like this just might work). Guess what? It did! I couldn’t believe it. That load go through just fine. I also had another load of sheets that also needed drying that went through with no problem after that. Who would have thought?

Steve laughed about it, when I told him what happened. He said that if any of our friends have dryer problems in the future, they can just call me. Obviously, I can get out my trusty hammer and get the job done.

I’m not sure about that, but I can say that when we’re faced with a dilemma, sometimes we need to go the conventional route. But sometimes we just have to be resourceful. We need to reach for whatever tools appears to make sense. It’s a matter of being resourceful.

I had a problem. I had a washing machine full of wet clothes, that needed drying. Now, I realize in the big scheme of things, this is not that important. But a problem solved, is a problem solved!

Are you reaching out to God? Are you being resourceful in the Communication Tools you look for, find, and use? You not only can help your marriage, but you can cause a positive ripple effect in the lives of other people as you find ways to work through your marital dilemmas. This is healthier than allowing them to fester (or squeal, and cause others around you to notice the dysfunction).

Plus, and this is a BIG PLUS, as a follower of Christ, you are giving God the platform to use your life together, as a tool to draw others to Himself. As others see you working on your marriage, and living out a “life of love” as we’re told to do in Ephesians 5:1-2, it may inspire them to want to know our God better.

It’s something to think about, and pray about. Perhaps you need to do more than just push about the marriage dilemmas you and your spouse are going through. Perhaps you need to be resourceful, pick up some Communication Tools, and work it all out someway so you are approaching these matters in healthy ways, as God will gladly show you (if you ask Him, and look for the ways He guides you).

Just consider this a friendly “whack” (reminder) to stop the “squealing” noise in your marriage.