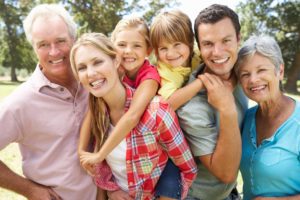 People on every side of the in-law question ask for guidelines for relating to each other. There seems to be a continual tug and pull all throughout the world.

So, to address this dilemma, the following suggested guidelines are listed below.

We encourage you to pray, read, and glean through the following guidelines to see what you can use (or adapt and then use) that will work for your marriage and family situation. If something won’t work, don’t use it. But if it does… then do so. First:

1. Be careful in the way you complain to your spouse about the person to whom you have trouble relating.

It won’t help for you to complain about your mother-in-law to your husband, her son. Sons have said, “I wish my wife wouldn’t complain to me about Mom, and how bad she is. I know she can get overly involved at times; but she’s my mom and I don’t really like anyone bad-mouthing her.”

Neither will it help if the mother-in-law complains to her son about his wife, or to her husband about their daughter-in-law. I’ve heard fathers-in-law say, “I wish she wouldn’t try to enlist my support for her cause. I don’t feel the way she does and besides, I get along all right with my daughter-in-law.”

2. Include your in-laws in significant family events.

Even if the others live so far away they could never attend, they would appreciate being thought of. Purposeful exclusion because of problems and hurts serves only to deepen the distance between everyone.

3. Give the grandparents plenty of time with their grandchildren.

Remember that they can enjoy and learn from one another. If the parents have a concern over different styles of discipline, safety features, health factors, differences in lifestyles and philosophies of living, these should be discussed together—including the most awkward and painful.

I heard of a family in which the father-in-law had sexually abused his own daughters. It had never been reported, and the mother-in-law wasn’t aware of it. When this young couple had a daughter, the two sisters-in-law told them about what had happened, and expressed their concern. For years this couple worked on making sure their daughter was never left alone nor stayed overnight with the in-laws. The mother-in-law could never understand, and the relationship became very strained. I don’t know if the issue was ever resolved.

I have seen both the parents-in-law as well as the younger couple appeal to the other to take their side in an argument. It doesn’t work. Keep your conflicts and resolution in your own family. Avoid triangular patterns; for example, going through one person to communicate with the other.

5. Respect each other’s privacy, and the amount of time the other family would like to spend alone.

Don’t invite yourself to outings and get-togethers. And if you weren’t invited, don’t pry or make comments about it. Assume that the event didn’t involve you, that there was a legitimate reason not to invite you, or that it was an unintentional oversight. Give everyone the benefit of the doubt.

6. When your in-laws do something that is really upsetting, discuss it with them.

Reinforce all the behaviors that you appreciate, and don’t dwell on those that are different or that you don’t understand.

All of you are joining a foreign culture in a sense. Just as people in a blended family who have children from different marriages may take 5 to 6 years to adjust to each other, count on in-law relationships taking at least that long. Give the relationship time to grow.

7. If you find some interests in common, enjoy them.

If not, accept the fact without trying to force the other to like what you like. Do not feel obligated to engage in activities you couldn’t care less about. Don’t compare any other in-law style with your own.

8. Don’t blame any in-law for a problem that you may have in your own marriage.

And don’t blame them when your spouse isn’t as supportive of you as you’d wish. It will only spread your difficulties to others.

9. Be sensitive about informational boundaries.

Some questions just don’t need to be asked. Don’t get into how much each other earns, what you pay for major (and even minor) items, how much interest you’re paying, what you give to the church and so on, unless both parties are comfortable with the discussion and agree that it won’t affect the relationship. Before asking a question on a sensitive topic, ask yourself, “Is this going to benefit the relationship? Is it something I need to know?”

10. Anticipate that your relationship will grow and continually improve.

One of the best ways for this to happen is to ask how you can pray for each other, and to let the other know you’re doing just that.

BEING OF THE SAME MIND:

One last suggestion remains. Actually it’s not a suggestion, but a directive written by the apostle Paul as directed by God. Think what could happen if these words guided our relationships!

“Fill up and complete my joy by living in harmony and being of the same mind and one purpose, having the same love, being in full accord and one harmonious mind and intention. Do nothing from factional motives —through contentiousness, strife, selfishness or for unworthy ends—or prompted by conceit and empty arrogance. Instead, in the true spirit of humility (lowliness of mind) let each regard the others as better than and superior to himself—thinking more highly of one another than you do of yourselves.

Let each of you esteem and look upon and be concerned for not [merely’ his own interests, but also each for the interests of others. Let this same attitude and purpose and [humble] mind be in you which was in Christ Jesus. —Let Him be your example in humility” (Philippians 2:2-5).

“Be gentle and forbearing with one another and, if one has a difference (a grievance or complaint) against another, readily pardoning each other; even as the Lord has freely forgiven you, so must you also [forgive]” (Colossians 3:13).

“And whatever you do —no matter what it is—in word or deed, do everything in the name of the Lord Jesus and in [dependence upon] His Person, giving praise to God the Father through Him“ (Colossians 3:17).

This material can be found in the book, THE OTHER WOMAN IN YOUR MARRIAGE …Understanding a Mother’s Impact on Her Son and How it Affects His Marriage -by H. Norman Wright, published by Regal Books. This book is no longer in print. It’s a resource for mothers, sons, daughters-in-law or counselors. It will help couples learn practical ways to establish healthy boundaries with relatives and in-laws.