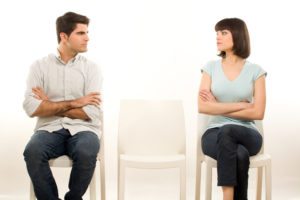 I heard a Focus on the Family radio interview on October 8 and 9, 2015 that spoke deeply to my heart. The title was, “God Used Our Friends and Family to Save Our Marriage.” It was an interview with Jeremy and Tiffany Lee (Tiffany is popularly known as the singer, Plumb). In that 2-part radio broadcast the Lee’s talked about having marital problems to the point that they separated. But what grabbed us was what happened after the news came out that they had “officially” separated.

They were asked, “What gave you hope” that this separation would take a good turn?

“Immediately there were a group of 40 of our friends around us that grabbed us, like this isn’t happening. They were for us as a couple, not us individually. None of them were for just for Jeremy or just for Tiffany. They didn’t want to see ME succeed. They wanted to see US succeed.”

“Let me just say, there were a couple of friendships that did take a side and we had to quickly prune them out. And there was definitely conflict there, of, whoa, why aren’t you talking to me anymore? It was because you’ve said, this, this and this.

“At one point that was my own parents. They were so devastated by this breaking. Both of them were so angry at Jeremy that they without meaning to, just loved their daughter. They were taking my side saying, ‘You know, he did this and you should,’ da, da, da stuff. So, I had to disconnect from my own family for a while.”

The interviewer, Jim Daly, remarked that this took a lot of courage, to which she replied:

“It was really scary —especially when they’re the ones in your corner. So often we as human beings —would say yes, stay in my corner. Keep talking to me like that.”

I thought of the bravery it took because who among us doesn’t want our loved ones to side with us? We want them to tickle our ears in what they say —especially when we’re upset with our spouse. It DOES take courage to push those voices aside that we WANT to hear. And yet we shouldn’t, for the sake of our marriage. It’s vital that we let “no man (nor woman) separate that, which God has joined together.”

We hope you’ll prayerfully consider something else Jeremy said if you’re at oppositional points in your marriage. Most of us will be, at some time or another.

“One of the good things is, we went to a Christian counselor. And one of the first things she said is, that if anyone’s in your corner, then they don’t need to be the ones you’re talking to. You need no one in YOUR corner. Everyone needs to be in BOTH of your corner.

“And if they’re not supporting both of you, then don’t have conversation with them. You can come back to that relationship later after your relationship is mended. But anyone that is just an advocate for you, is really not an advocate. They need to be advocating for your marriage.”

And that’s what they did. As a result, through a long process of different efforts, they eventually came back together. They renewed their wedding vows, and are now stronger than ever. Praise God!

If you’re looking for a safe support system, here are a few articles for you to read that may give you much needed insights.

Concerning their marital problems Jeremy, further in the interview, stated that they gained hope because:

‘The community around us that was saying, God can work this out. They kept reinforcing it, even if there was a time that I didn’t think so. We had a group of friends that thought, believed, prayed and spoke it into our lives, saying, ‘God can work this out.’ I don’t think that I had any of my friends that I could’ve gone to and complained about Tiffany, because they would’ve reminded me about all of my issues. God used the community around us to say, ‘I can do a miracle.’”

There are 2 main points we hope you’ll grab onto:

(1.) Don’t allow others to contribute to separating you.

It doesn’t matter how close you’ve been with them in the past. Seek Truth, rather than what you want to hear. Seek out marriage-friendly mentors, counselors, friends, family members, resources and such to help. Even if you can’t immediately find anyone, cling to God, believing in the help HE will bring your way.

(2.) Don’t contribute to the separation of other marriage partners.

Within the marriages around you make sure that YOU are the friend or a family member who is part of the “community” of those who are marriage friendly. Be the one who is contributing hope and help, rather than toxicity. Don’t say or do that, which can divide and separate. Become part of the miracle God can bring as you participate as His colleague.

We hope and pray you will.

As it concerns friendships, the following are some articles that we believe will help you. Please read them whether you’re reading it as someone who has friends, or you are the friend:

You can find additional articles posted in the topic, Marriage Counseling and Mentoring. We hope and pray this Insight and the articles you read will help your marriage and the marriages of those God brings into your life.

7 responses to “Let No One Separate You”