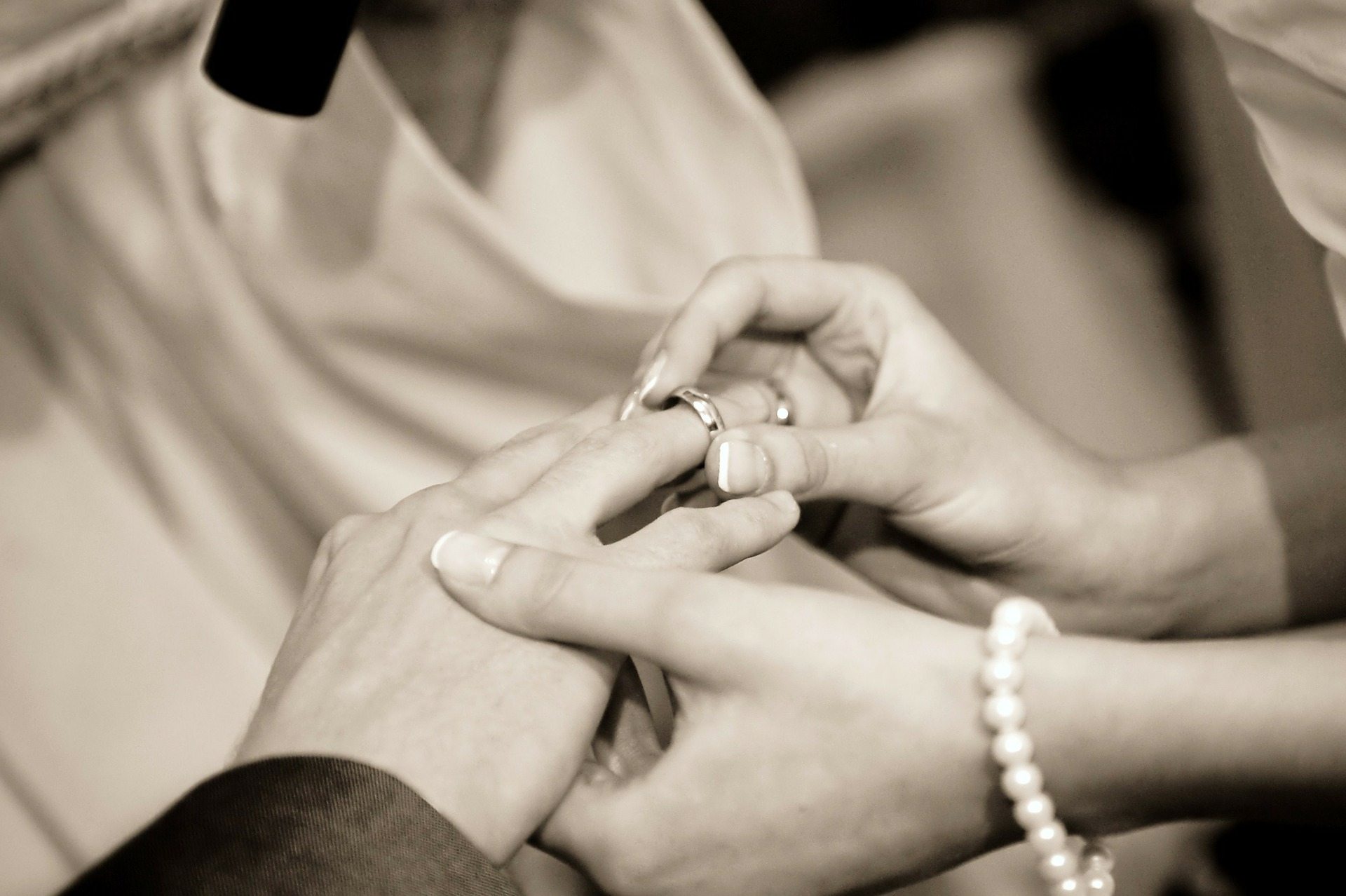 On March 18, 1972 we married each other. Thankfully, we just celebrated our wedding anniversary. I say thankfully, because we know we have MUCH to be thankful for. Not everyone makes it to this remarkable stage of marriage and can testify to love each other more today than ever before. To that blessed state of marital union of our two lives, Steve and I both say, “I do” or “we do.”

I have to say though, that it has been a rocky road at different times in our marriage. Even now we can’t just sit back and say, “We made it!” That is because we’re still two very different individuals that can spoil the love we have if we don’t keep working on our relationship. We’ve known of couples married longer than us that have slid downhill into divorce because they stopped making the effort to grow their relationship together. All we can say is how sad, not to finish well.

Reflecting on Our Marital Union

As I reflect on the many years we’ve had together, I’m reminded of something Michele Weiner Davis wrote titled, The Marriage Map. (We recommend you use this link to read the article in its entirety.) In this article Michele points out the various stages of marriage. Stage One is the beginning point where you’re (usually) “head over heels in love” with each other. Stage Two is where you begin to wonder, “What was I thinking?” This is an unsettling stage indeed!

Stage Three is where you begin saying to each other, “Everything would be great if YOU changed!” Stage Four is where you start to realize “that’s just the way he/she is.” It’s where it’s possible to reconnect and accept your differences more readily. And then Stage Five (if you both persevere this far) is where you’re able to say (like us), “Together At Last!”

Hopefully, prayerfully, you will arrive at this stage. Here’s what Michele says about the Fifth Stage of marriage that might inspire you through the tough times.

“It’s really a tragedy that half of all couples who wed never get to Stage Five, when the pain and hard work of the earlier stages begins to pay off. Since you’re no longer in a struggle to define who you are and what the marriage should be, there can be more peace and harmony. Even though you’ve always loved your spouse, you start to notice how much you really like him or her again.

“And then the strangest thing starts to happen. …You’re pleased to discover that the qualities you saw in your partner so very long ago never really vanished. They were just camouflaged. This renews your feelings of connection.

“By the time you reach stage five, you have a shared history. And although you’d both agree that marriage hasn’t been easy, you can feel proud that you’ve weathered the storms. You look back and feel good about your accomplishments as a couple. You feel more secure about yourself as a person and you begin to better appreciate the differences between you and your spouse. And what you don’t appreciate, you can better accept. You feel closer and more connected.

“If you have children, they’re older and more independent, allowing you to focus on your marriage again, like in the old days. And you start having ‘old day feelings’ again. You’ve come full circle. The feeling you were longing for during those stormy periods is back, at last. You’re home again.”

A Great Place to Be!

I wish everyone could get to this stage of marriage. It truly is so satisfying and wonderful. I know that not everyone can do that. Some spouses, despite their most valiant efforts, are never given the opportunity because of the destructive choices their “partner” makes to go in another direction.

To those who are in this place, we want to express our deepest sorrow. We’re so sorry your spouse (at this point in time) hasn’t participated in making your marriage a good one. We pray the Lord comforts, strengthens, and helps you in the ways you need it.

In other marriages, one spouse is able to hold things together for a season of time. Eventually, the other spouse finally comes around to make healthier choices. He or she finally participates in making the marriage a good one, with joint effort. They then can realize the benefits of living in that fifth stage of marriage. (It’s not a perfect stage but it’s still very good.) To those who are able to get to this place we celebrate together! Yeah God!

In the concluding thoughts of this Marriage Message we want to share something that was written for a wedding ceremony. We know that God has a very special message in it just for you! Please read the following and ask the Lord what He wants you to apply to your marriage:

“Marriage is a mystery. An old Rabbinic writing says that, ‘The man is restless while he misses the rib that was taken from his side, and the woman is restless until she gets under the man’s arm from whence she came.’

“Sometimes it is said that when two people marry they become one, but the question becomes, which one? The answer is ‘neither one.’ Marriage is God’s mathematical miracle where one plus one is still one.

“Marriage is a bond, which blends and binds two together into one. Each receives what the other is. It is the fusion of two hearts, the union of two lives, the coming together of two tributaries, which after being joined in marriage, will flow in the same channel in the same direction, carrying the same burdens of responsibilities and obligations. It is a one-flesh union.

“But the selfishness of our hearts sometimes blinds us to God’s beautiful plan of marriage. As husband and wife, we must remember the words of Saint Paul in his letter to the Philippians, ‘With humility of mind, let each of you regard one another as more important than himself.’

“Lord grant that we seek not to be consoled, but to console, not to be understood, but to understand, not to be loved, but to love. For it is in giving that we received, in forgetting that we find ourselves, and in dying that we are born to eternal life. Amen.”

May it be so in your marriage and in ours “from this day forward.”
Cindy and Steve Wright