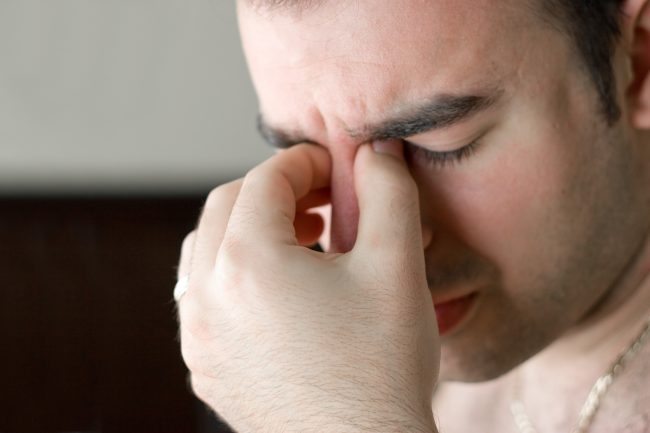 Are you looking for a soul cure to deal with the marriage problems that are before you? Please read the following:

We had barely been seated and handed our menus when Alan began to pour out the details of his marriage problems in agonizing emotional heaves. We learned his wife, Diane, suffered from terrible premenstrual syndrome as well as bouts of depression. When she wasn’t depressed and withdrawn, she was angry and hostile, given to unpredictable behavior and fits of temper.

Alan’s wound was raw and deep from 20 years of married hopelessness.

For more than an hour, we listened and empathized completely. After lunch we found a more private place nearby and together prayed with him. Valerie penciled the names “Alan and Diane” in her calendar at the top of each month. And for the next year, she prayed for them whenever she saw their names.

“Oh God, heal Diane’s PMS,” she’d pray. “Heal their family. Bring wholeness to this home.” It was a prayer based in a certain amount of ignorance, a prayer prescription telling God how we’d like to see him work.

A year passed and we saw Alan again. As before, he skipped the usual social banter and plunged into serious conversation. But his story had changed.

Was this the same man?

We wondered. Now we were hearing a different version about his marriage. It wasn’t so one-sided or cut-and-dry as before —that is, “Diane’s the cause of all our problems, and the kids and I are her undeserving victims.” We asked specifically about how Diane was doing and waited for the PMS war stories. But surprisingly, he didn’t complain about her. Instead, he was excited to tell us about some of the changes in his life.

“Now I can see that I have some ‘hidden sins’ —addictions, really,” Alan explained. “I’ve realized I’m a bona fide workaholic. While I’ve been married for more than 20 years, I’ve chosen not to build my relationship with Diane through those years. No wonder she’s frustrated and sad!”

Alan explained he’d experienced a year of seeing himself from God’s perspective. As a result, no longer did he blame his marital problems primarily on Diane. He’d had a personal awakening —to the point that he was regularly praying on his own and spending time with God alone.

“Never before had I been consistent in initiating toward God, nor slowed down enough to hear from him,” Alan continued. “And now our marriage is improving. I wouldn’t have believed it was possible.

“Diane still struggles with PMS, but she’s less hostile since I’ve turned around and decided to ‘be there’ for her. It’s interesting; during this year I’d fall back into my old routines, giving in to the fast-paced daily pressures that lead me toward workaholism, which would squeeze out my focus on God. When I did that, I noticed the dynamics in our marriage would revert to some of the same old patterns as well. But I’m excited to know an active personal spiritual life can make an enormous difference in my marriage and my family.”

What was happening here? Although everything was essentially the same, everything had changed. A spiritual rebirth occurred.

We don’t want to be misleading. Of course, all marriages have their tensions and conflicts. Even good marriages —those operating with a positive spiritual dimension and fully engaging both spouses —won’t be problem-free. But there’s a definite before and after perspective in relationships to which God’s been invited to be an active participant.

Jack, a young married man, confided in us about the weak condition of his marriage. He described the symptoms of their problems, all indicating the relationship was in need of a rebirth. When we told him he needed to let God bring his spiritual resources into their problem solving, he agreed; but he also expressed hesitancy.

“Sounds good,” Jack responded. “I can understand on a cognitive level that spiritual intimacy with God would be good for our marriage. But I have a problem with what you’re telling me. How do I access God into our lives? I’ve tried the traditional approaches. I read the Bible and don’t get much out of it. I’m not good at prayer, especially in front of someone else, most of all my wife! To me, God’s like this vast, lush, harvestable field. I’m thrown into the field and told to harvest, but I don’t have a tool, a sickle, or anything. I’m hungry but I’m not able to eat.”

Most of us can relate. It’s difficult at times to know how to bring a spiritual interest and pattern into our marriages. So how do you access God in your marriage? How do you have a spiritual rebirth?

After we listened to Jack, we assigned him a faith exercise to help him develop spiritual intimacy in his marriage. We asked him to devote ten minutes a day to prayer for two weeks. Importantly, he would pray in a different way: He would pray without words, or “receptively,” listening keenly to God’s voice, hearing the promptings of encouragement and care from the Holy Spirit.

The Soul Cure: God’s Change Within

The next time we saw Jack we asked how it went. He smiled. “I felt so uncomfortable at first. I couldn’t imagine God would want to say anything good about me. But I think something is beginning to change in me. Though I can hardly put God’s love into words —or describe what God might possibly love about me —I sit and receive.”

We need to experience God’s unconditional love, because someday we’ll have to draw upon his supernatural love to minister to a spouse who’s unlovable and unworthy. By definition, marriage is a commitment —a commitment to be the one, and maybe the only one, who loves a mate who’s become unlovable, who perhaps embraces one who seems now repulsive. We’ll need to know how to lavish God’s love on a partner when our human love has run dry.

How will you love the crying wife hiding in a shower stall? The angry husband living on his own with his pain and his midlife-crisis red convertible sports car? How will you love the overly controlling wife who has a past of sexual abuse or the husband who “can’t let down the guys” when your own resources of love are so limited?

We can’t give a love that heals if we ourselves have never been healed. The “glue” of a long successful marriage isn’t the love we wives and husbands have for each other. Staying power comes from God’s love. When we understand experientially what we’ve received from God—if we’re aware of our unworthiness, unloveliness, and small-heartedness and yet receive God’s love —then we can offer that kind of spiritual love to a husband or wife.

The first step to a spiritually re-birthed marriage may seem like a distancing move, a step away from your spouse. But by abandoning your expectations of your spouse and stepping closer to God, you can find the resources to be a better lover in the end.

Why not try what Jack did? For the next two weeks, take ten minutes a day to pray wordlessly and receptively. Be aware that it may take a while for your mind to stop racing, until you stop thinking of words and are calmed enough to hear God. If you need help to focus, begin by meditating on verses, hymns, or spiritual songs that emphasize God’s love for you.

As you pray, listen to God’s voice. Listen to those inner promptings through his Holy Spirit that encourage or affirm, that tell you God cares. Then allow those affirming thoughts of God’s love to sink in.

Take what’s wounded, undeserving, what’s angry and unlovable about yourself to God, and let his love consume the dross that’s weighing down your marriage. At the end of the two weeks, tell your spouse about your experience. Share what you learned about God and yourself through this exercise.

Letting God love you is the first step toward authentic spiritual intimacy in your marriage. When you begin accessing God’s love—a love that will eventually bring greater intimacy, love, and acceptance in your marriage—you’ll have a better marriage than you’ve ever experienced.

This article was adapted from the book, Made to be Loved: Enjoying Spiritual Intimacy with God and Your Spouse

, written by Steve and Valerie Bell, published by Moody Press.

Below is a link to an article that also deals with a godly approach to marriage problems that pertain to our families of origin. It is a good beginning to a journey to find the soul cure that is needed. We encourage you to read and apply what is recommended:

• THE 2 QUESTIONS THAT DESTROY MARITAL DYSFUNCTION

For a humorous, yet helpful look at the “soul cure” in dealing with a troubled situation within a marriage, we recommend you watch the following You Tube video with Pastor and speaker, Mark Gungor. He addresses some false notions we sometimes pick up in life that we might want to re-think (and change, if necessary). The title has “Finding a Soul Mate” in it, but actually, it addresses much more than that, as it pertains to working on marriage —God’s way. Please click on the link below to address: