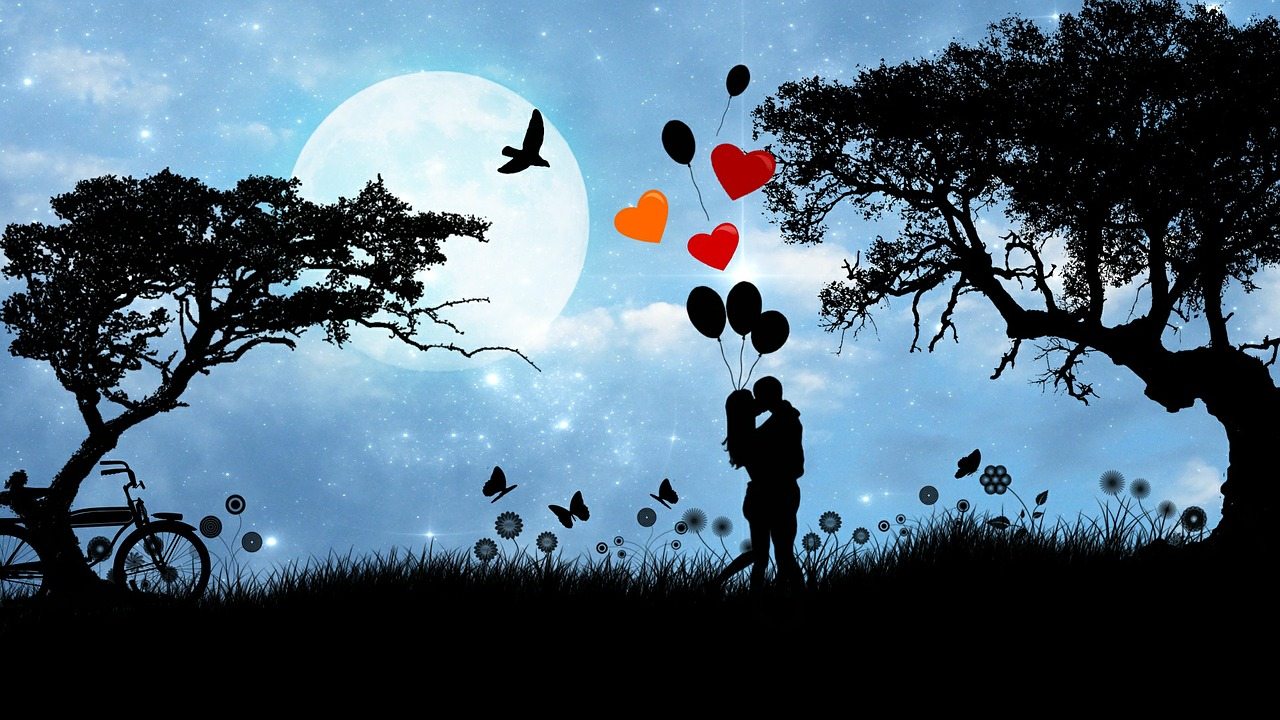 Here’s an all too familiar scenario: You “fell in love” with your spouse before marrying and then AFTER marrying, you look at him or her and think, “Who IS this person?” He or she is totally different from the person you thought you married. You wonder is this a mythical mate that I married? Did I marry an illusion of a person, or the real thing? He or she is sure different!

You feel deceived —either by your spouse, or by your own ability to see what you should have. You wonder if it could be that you didn’t ask enough questions. Or maybe it was that you didn’t pay attention to the red flags that were popping up to warn you before you walked down the aisle.

Yes, those are possibilities, but guess what?

Your spouse probably feels the same way about you —that YOU are the one who switched personalities on him or her. You appeared to be one type of person before the wedding, and then another sometime afterward. And my guess is that you are both right.

That’s what happened with Steve and me too (and countless people we know). I thought Steve had totally changed. And what’s ironic is that he thought I had been the one to change. What happened to those sweet, forgiving, totally starry-eyed people who didn’t pick at each other constantly?

We became real. It’s like what I heard Dr Archibald Hart say one time. He described marriage as “two imperfect people in an impossible relationship.” Now, I’m not thinking he’s saying that marriage is impossible, but that it’s impossible to remain as “perfect” as we thought we were. That is because life brings the “real” out in us. And when life becomes real, it’s what we do next that is important.

“Over time, we try to find the beauty of the beginning of the relationship. It wasn’t as beautiful as it seemed. We were seeing a ‘mythical mate.’ We created fantasy images of the person we desired out of a few characteristics we were drawn to. This delusion met our needs.”

The more I’ve lived with my husband, the more I see how disillusioned I was at the beginning of our relationship. What I thought was real was actually more of my fantasies (hopes and dreams) making it appear real.

A while ago, I heard a pastor talking about new love. He said issues of the heart try to fool you into thinking that it’s REAL love. In reality it’s really a fake, surface type of “love” instead. This illusional love really isn’t love at all but the love of a certain type of feeling, disguised as love.

He said that many people think that the tingly, goose bump, “I can hardly think or eat or sleep because of the intoxicating feelings I have for this person feeling” is true love. And when that type of feeling goes away, then the “I love you, but I’m not IN love with you” dialogue rears its ugly head. It then devastates the person to whom it is aimed.

So often people fall in love with the idea of love. They love the feeling of love, rather than the real person. They’re in love with an image of a person —the myth, the illusion of the person they projected them to be. That is because of the feelings they brought out in them —feelings they wanted to feel. In reality, that is a surface type of relationship. It’s more about “me, me, me” rather than biblical love. Biblical, true love is sacrificial, serving, and WALKING in love. It’s about showing the person love and grace, rather than just voicing it without the actions to back it all.

True love demands more of a person than sunshine little moments of pleasure. Surface “love” never plumbs to the depths of what it is to show love to someone that isn’t showing love in return. And it doesn’t serve the other spouse with a gracious attitude when they are tired, and they don’t want to do what they could or should.

True love goes beyond the surface of that which we are facing and becomes a matter of love in action —loving the other as Christ does and would want us to do.

It’s like what I said before, when we’re faced with the “real” of living together in marriage, what do we do? Do we gripe, complain, cry “it’s not fair” and look for someone else to fulfill our fantasy of how we think our life should be going? Do we break our vows and leave? Or do we look to Christ to teach us how to truly love? And then do we become “imitators of God” as His “dear children” and “live a life of love” —love in action “just as Christ loved us and gave Himself up for us as a fragrant offering and sacrifice to God“? (See Ephesians 5:1-2.)

I’ve come to realize that:

♥ When Steve is sick and I have to shoulder more of the load of things that need to get done, even though I’m exhausted yet I do it anyway… that is love in action.

♥ Love in action is exhibited when Steve is patient with me, despite my bad attitude. It’s when he decides NOT to give in and argue with me. Yet instead, he gives me grace and space. He sometimes even gives me a hug even though I’m not very huggable.

♥ When Steve leaves his insulin or his cell phone at home and I drive it in to him at work, that is love in action. I do this even though it is totally inconvenient. I THOUGHT my day was full before, but Steve is more important than my schedule.

♥ Love in action is shown when Steve is talking to someone and I want SO BADLY to say, “That’s not the way it was…” but I don’t. I decide to leave his dignity in tact. And if it’s important we talk about it later. But for now, I leave it alone.

♥ When Steve wants to finish off a dessert all by himself, but offers it to me instead… that is love in action.

♥ And when I say, “No, you have that dessert; I’m fine” even though I want it SO bad… that is love in action. (We usually split it at that point.)

♥ When a scantily-clothed gal comes on a commercial and Steve turns away, and intentionally does not look… that is love in action. I know he is tempted. But he chose to honor me and honor God by not to going the way of temptation. Oh, how I love that!

I think you get the point… It’s 1 Corinthians 13 lived out in real life… THAT is real love.

For a while, I saw Steve differently than I thought he was before marrying him, and I hated what I saw in him. But eventually, God brought me to the point where I hated what I saw in me, instead. I treated Steve badly after the “reveal” of my mythical mate. I wondered, could I trust God with this? Could I learn to love Steve for the man he really is, as our “God of Love” teaches me? Do I trust God enough for that?

I’m so glad I decided to do just that. I made the choice to act in loving ways every day as the “real” comes out in both of us.

I agree with something that John Thomas wrote in the Boundless.org article, “The Sacrifices of Marriage”:

“Sadly, most Christian marriages represent nothing more than re-packaged psychology. It is Hollywood nonsense wrapped in a few Bible verses, with a vision so low it’s no wonder half of them end in divorce. How I long for Christ-followers to experience the stunning views of God from the top of the peak of marriage! Unfortunately, most are stuck in the climb, whining and complaining about not getting his or her ‘needs met,’ which is for each of them the highest goal of marriage.”

I don’t know about you, but I’d much rather struggle to love and then find true love in action. It’s better than running for that, which doesn’t honor God.

I’m not throwing stones at anyone else, just sharing what I’ve learned. When I started to love Steve for the man he is, rather than the man I thought he was, and I applied what God keeps teaching me, I have been amazed by the love I have discovered.