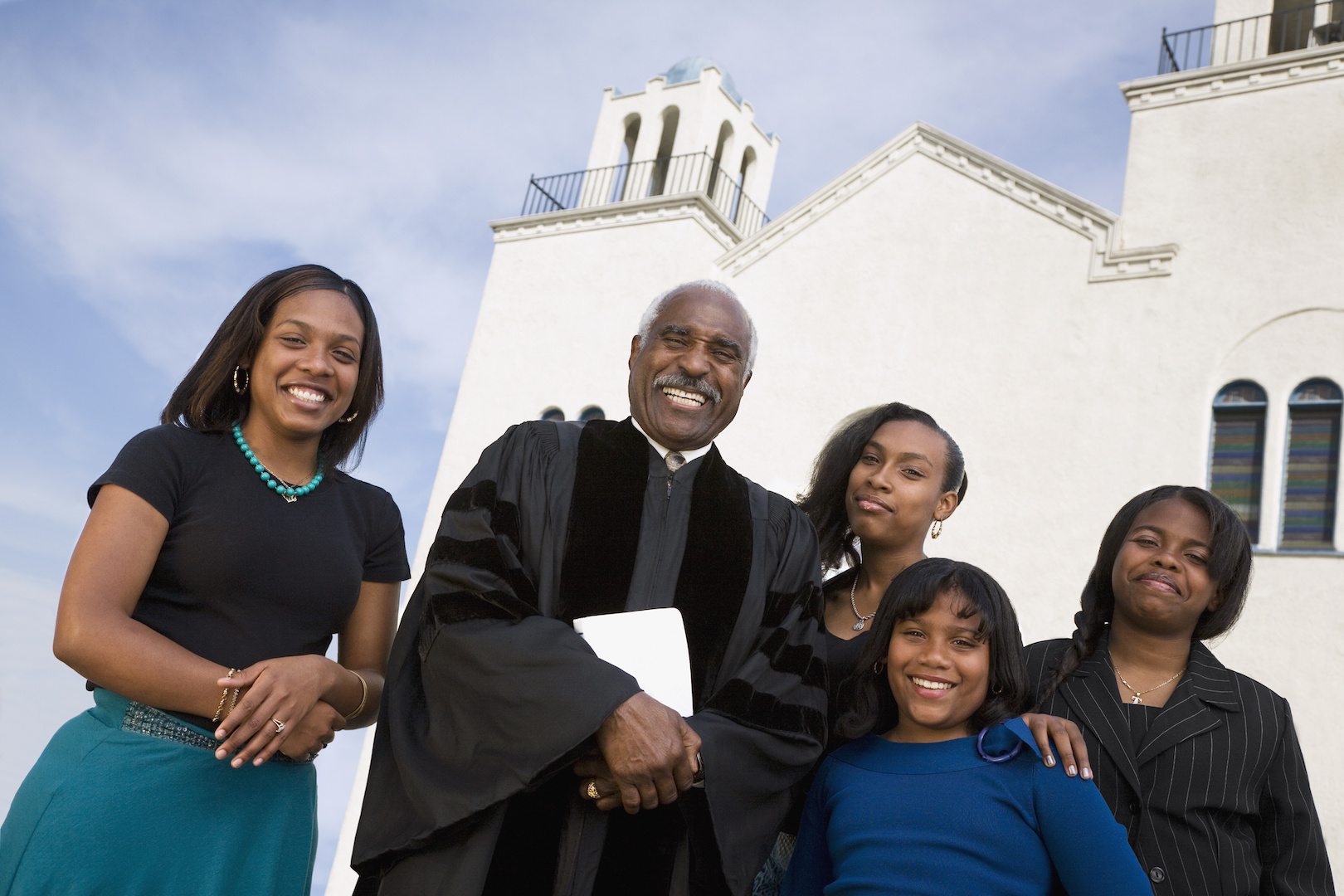 Nearly 60 percent of all ministers’ wives are in the work force. But what happens to their careers when their husbands are called to ministries in other cities, states or time zones? What happens when they have to move?

Three women candidly discuss their experiences with the sudden setbacks and unexpected rewards of relocating.

For Mary Clark, the upheaval of relocation is all too fresh. Just last spring, she and her husband, Jay, then pastor of a large United Methodist church in the Washington, D.C., area, and were called to Onancock, a small town on the Virginia shore. Their move in June was their fourth in 19 years.

It was also the fourth time for Mary to redirect her nursing career. Admittedly, the change came at their request. The new congregation was much smaller than the church Jay was serving, and the lifestyle of the friendly, coastal peninsula appealed to the couple.

“It was a quality-of-life move,” Mary says, one that offered a more wholesome and relaxed environment in which to raise their three children, ages 15 to 9.

But even though they sought this change, the stress on the Clarks was intense, especially as Jay’s paycheck shrank by 30 percent. Mary’s income also declined —a reality she has encountered more than once.

Peppered with different job experiences, Mary’s resume reflects part-time and full-time teaching positions and even a stint as a public-health nurse. “I have always wanted —always needed —to work,” she says. “The hardest thing about moving is not being able to find a job at the same salary. We continually have financial problems.”

To overcome her repeated loss of income, Mary takes advantage of educational opportunities in her new locations. She is currently completing a family nurse practitioner program at Marymount University in Arlington, Va. Her third degree, it will provide job flexibility in both rural and metropolitan areas. “It will greatly increase my marketability,” she explains.

Although pastors and their working wives face many of the same challenges as other two-career couples, Mary thinks those in the ministry have an advantage.

“In some ways it’s easier for us because we walk into a faith community,” she says. “We’re pulled into a group of people that’s already committed to us.”

Faith is the glue that has held Ruth and Stephen Boardman of West Chester, Ohio, together during their ministry-related moves within the Wesleyan denomination. Ruth, who lived in the same house for 18 years before going to college, has always clung to Jeremiah 29:11: “‘For I know the plans I have for you,’ declares the Lord, ‘plans to prosper you and not to harm you, plans to give you hope and a future.‘” That promise has given her the strength to move four times in 24 years of marriage.

Like Mary, Ruth is a registered nurse. Yet unlike Mary, Ruth has been able to enjoy a flexible work schedule through the years, one that allowed her to stay home with her children when they were infants. Though these times were intertwined with part-time nursing, Ruth’s income today is more important than ever, now that 20-year-old Phillip is in college and 15-year-old Stephanie is a few years away from high school graduation. Their most recent move, however, had a big impact on Ruth’s career.

They were living in Bryant, Ind., where Stephen served a medium-sized church for 14 years. Ruth managed an Alzheimer’s unit at a nearby Christian nursing home, a job she loved.

“It was ministry,” she says. “The church was involved, and many times my kids would play games with the residents. It was like a big family.”

Then in 1996 the Boardmans were called to West Chester, just north of Cincinnati. Ruth was excited, but grieved leaving her job. Their savings freed her from having to work right away, and she was able to help her daughter adjust to a larger school. “I wanted to be there for her,” she says. It helped lessen Ruth’s loss.

As the fall progressed, however, Ruth began a series of jobs that left her unfulfilled. Job-hopping was not her style. But that’s exactly what she did.

“I’d take a job and find that there were things I just couldn’t work with. I was frustrated, but I wouldn’t lower my standards,” she says.

Three jobs later, Ruth now works part time at what she calls “a very nice Christian facility.” She also occasionally fills in as a school nurse and runs a home-based business. It is a balance she finds rewarding.

But how does she feel about making career compromises because she is a minister’s wife?

“Some pastors’ wives feel called into the ministry with their husbands,” Ruth says, “I can’t say that.

“When I married my husband, I promised to stand with him and help him. God placed us together. I love him, and I do all I can to support him in the ministry.”

The Transition of a Move

For Diane Torriani Greer and her husband, Thomas, life has not been filled with ministry moves. In fact, they only recently entered the pastorate.

In 1990, less than a year after they married and blended their families, Thomas, then a chief financial officer for a large manufacturing company, was called to Saddleback Valley Community Church in Mission Viejo, Calif., as the pastor of administration. Diane continued her lucrative position in the acquisitions department of an international oil company.

“Working hard, building my career and helping our teens adapt to our new life as a family made the ‘pastor’s wife transition’ far less important,” Diane explains. Yet that transition didn’t totally go unnoticed.

“I was the only pastor’s wife at Saddleback working outside the home. I remember receiving comments about my (business) clothes. Although the remarks were complimentary, I didn’t want to stand out. I wanted to fit in.”

Then two years ago, Diane received what she describes as “the offer of (her) career.” She was to begin as project manager at a telecommunications corporation Nov. 1, 1996. But Diane never sat behind that desk. Instead, her husband was called to the staff of Prestonwood Baptist Church in Dallas. “I let the job go,” Diane says.

Thomas started his new position the same day Diane would have started hers. After staying behind to sell the house and finalize details, she and her then 16-year-old son, Paul, flew to Texas. It was the day after Christmas. The two older children stayed behind; Jeana, then 18, followed later.

“The emotional letdown after the holidays —combined with relocation, ice storms and my lack of transportation —made the move an emotional bomb,” Diane remembers. “It was six weeks before I had a car and our neighborhood was still under construction, empty. I lived in my pajamas! Abandonment, loneliness, loss, anxiety, self-doubt, insecurity — I faced it all.”

That desperate time became a journey of faith and spiritual growth for Diane. “Rather than focusing on putting down roots in Dallas, I decided to establish my home in Christ by minimizing myself, maximizing God and simplifying life,” she explains. “It worked beautifully. God replaced the emptiness with hope, freedom, newness of experience, a sense of adventure and security.”

By July 1997, after seeing her family through the initial transition of relocation, Diane went back to work. Contract paralegal work helped familiarize her with the Dallas marketplace. It also helped build confidence.

“I worked at corporations and law firms on various assignments and tasks, making friends along the way,” she says. After nine months, Diane accepted a full-time position for a real-estate development company.

Through Diane may not have been able to see it at first, there is light on the other side of relocation.

“God continues to confirm our move,” she says. Her husband is seeing the fruit of his labor; her daughter is succeeding in college and is actively involved in ministry to urban children; and her son recently graduated from high school.

What encouragement does Diane offer other women facing relocation?

“Assess your need to work immediately following a move. I found that it takes approximately six months to make an initial adjustment,” she says. “If you have children, factor in six months for them, too.”

Her experience even promoted her to start Women in Transition and Wisdom, or W.I.T. and Wisdom, a ministry at her church to help women face change in a godly manner.

“All our talents, skills and capabilities are God’s. It is our job to use them wisely.”

This article originally titled “Pastors on the Move,” was written by Laura Winter and was featured a past issue of Pastor’s Family Magazine. As a freelance journalist, singles pastor, mother of three and wife to Mark, Laura Winter has written for the Fort Worth Star Telegram and the Arlington Citizen Journal.

Filed under: Pastors and Missionary Marriages