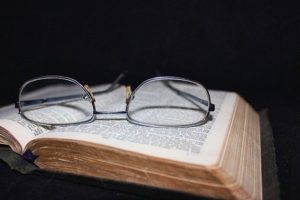 The Bible clearly gives God’s intent for marriage and sexuality. God created our bodies for Him, not so that do with it whatever way we want. God’s will is that no one would use their body in any way contrary to His plan. (Polygamy is not within that plan.)

“The body is not meant for sexual immorality, but for the Lord, and the Lord for the body.” (I Corinthians 6:13)

God’s Plan for sexuality and His definition of marriage:

When asked about marriage and divorce, Jesus said,

“Haven’t you read,” he replied, “that at the beginning the Creator ‘made them male and female,’ and said, ‘For this reason a man will leave his father and mother and be united to his wife, and the two will become one flesh’? So they are no longer two, but one. Therefore what God has joined together, let man not separate.” (Matthew 19:4-6; See also Genesis 1:27 and Genesis 2:24; Ephesians 5:31)

God defines marriage as a man LEAVING HIS FATHER AND MOTHER and uniting to his wife, so that TWO become one flesh. The Lord created the first marriage relationship:

God made Adam, but said, “It is not good for the man to be alone. I will make A helper suitable for him.” (Genesis 2:18)

Why polygamy is not God’s Will or intention for human sexual relationships:

You can only leave your parent’s household once! Notice that God’s definition of marriage involves a man “leaving his father and mother” to be united to his wife. Once a man has left his father and mother’s authority and household to marry, he cannot leave that household again! This means that when a man first marries a woman, he does so upon leaving his parent’s authority. If he were to subsequently marry another woman, he would not be leaving his parent’s authority again, and thus would not fulfill the definition of marriage as outlined in Matthew 19 and Genesis 2:24.

God gives us only two other circumstances where a man can marry another woman:

• Adam and Eve: God created Adam, and provided for him a single wife. He did not provide multiple wives for him, nor do we have any evidence that Adam ever had another wife. This original marriage relationship powerfully exposes God’s intent for mankind’s marriage relationships.

• Noah: Called a “preacher of righteousness” (2 Peter 2:5), Noah was the only family head who was spared during the destruction of the Great Flood. He had but one wife.

• Job: God called Job “My servant.” Though Job was very rich and considered “the greatest man among all the people of the East,” he had only one wife.

• Isaac: The child of the promise had but one wife, Rebekah.

• Moses: Of all the Old Testament saints, Moses was the closest to God. He spoke to God face to face as a man speaks with his friend (Exodus 33:11). Moses is also regarded as the greatest of the Old Testament prophets. God Himself even singled out Moses as a special prophet since He spoke to him face to face rather than revealing Himself in visions (Numbers 12:6-8) Moses had only one wife, Zipporah (Exodus 2:21)

• Joseph and Mary: The Lord’s earthly parents are a prime example of a monogamous relationship.

God’s standard of monogamy for Christians is an absolute requirement for anyone who wants to be a deacon in the church:

“A deacon must be the husband of but one wife and must manage his children and his household well.” (I Timothy 3:12)

What about the Old Testament practice of polygamy?

The practice of polygamy is clearly found in the Old Testament. Abraham, Jacob, David, and Solomon are prime examples of Old Testament saints who practiced polygamy. But it must be clearly stated that just because they had multiple wives, doesn’t make it right! At no time does God condone or place His “seal of approval” upon the polygamous practices of these men. In fact, God warned Solomon well in advance to NOT practice polygamy:

Deuteronomy 17:14-20 is God’s warning against the polygamist practices of Solomon. After stating that the king (Solomon) is not to get riches from Egypt, nor to amass silver or gold, Moses says,

• Abraham’s household was fractured because of jealousy between Hagar and Sarah.

• David’s adulterous tendencies were his downfall, as he approached Bathsheba.

• Solomon’s many wives were a snare to him and drew him into idol worship.

Why didn’t God stop polygamy, or outright rebuke these men for practicing it?

This question has plagued many readers when considering the issue of polygamy. The fact is that many other sins of the patriarchs went unmentioned by God. Abraham’s half-lies about his wife Sarah’s relationship to him, Lot’s selfishness in choosing the better land, Jacob’s scheming, David’s lies in the land of the Philistines, and many more sins went unmentioned in a specific manner by God.

God expects each man and woman to examine his or her own heart and life and to compare it with Scripture diligently to determine if his or her actions and motives are pure and right. We should not expect a word from the Lord on each and every thing we do. Sometimes, even chronic sins remain in a saint who has not become acutely aware of his sinful behavior.

In summary, the lack of a specific rebuke by God is in no way to be taken as an acceptance or condoning by Him of the behavior.

Isn’t polygamy the answer to the problem of divorce?

Polygamists often state that when a man begins to desire another woman, initiating a polygamous relationship prevents divorce of the original wife and subsequent fracturing of the family. The answer to this problem is not to marry another woman, but for the man to exert self-control and love his wife without being given to adulterous lusting after another woman.

Should we outlaw religious beliefs by consenting adults (such as with original Mormonism)?

“The intent of Jefferson’s remarks was that the rightful purposes of civil government are for its officers to interfere when principles break out into overt acts against peace and good order. In this…is found the true distinction between what properly belongs to the church and what to the state.”

Why this is important:

If our society continues to accept non-traditional views of the family, we will see an erosion of the family unit itself. When marriage is devalued, infidelity is accepted, and non-biblical modes of sexual expression are encouraged, confusion and instability will arise within our youth. God has assured us that when we obey Him, we will have joy and happiness:

Let us not forget what God did to the towns of Sodom and Gomorrah:

“In a similar way, Sodom and Gomorrah and the surrounding towns gave themselves up to sexual immorality and perversion. They serve as an example of those who suffer the punishment of eternal fire.” (Jude 7)

“Then the LORD rained down burning sulfur on Sodom and Gomorrah—from the LORD out of the heavens.” (Genesis 19:24)

The above article came from the former web site for Eads Home Ministry.

To read additional articles on this subject please click onto the web site links provided below:

• Why Did God Allow Polygamy/Bigamy in the Bible?

The following also has additional articles you can choose to read on Polygamy, in the Table of Contents on the right of this article:

• Polygamy: What the Bible Says