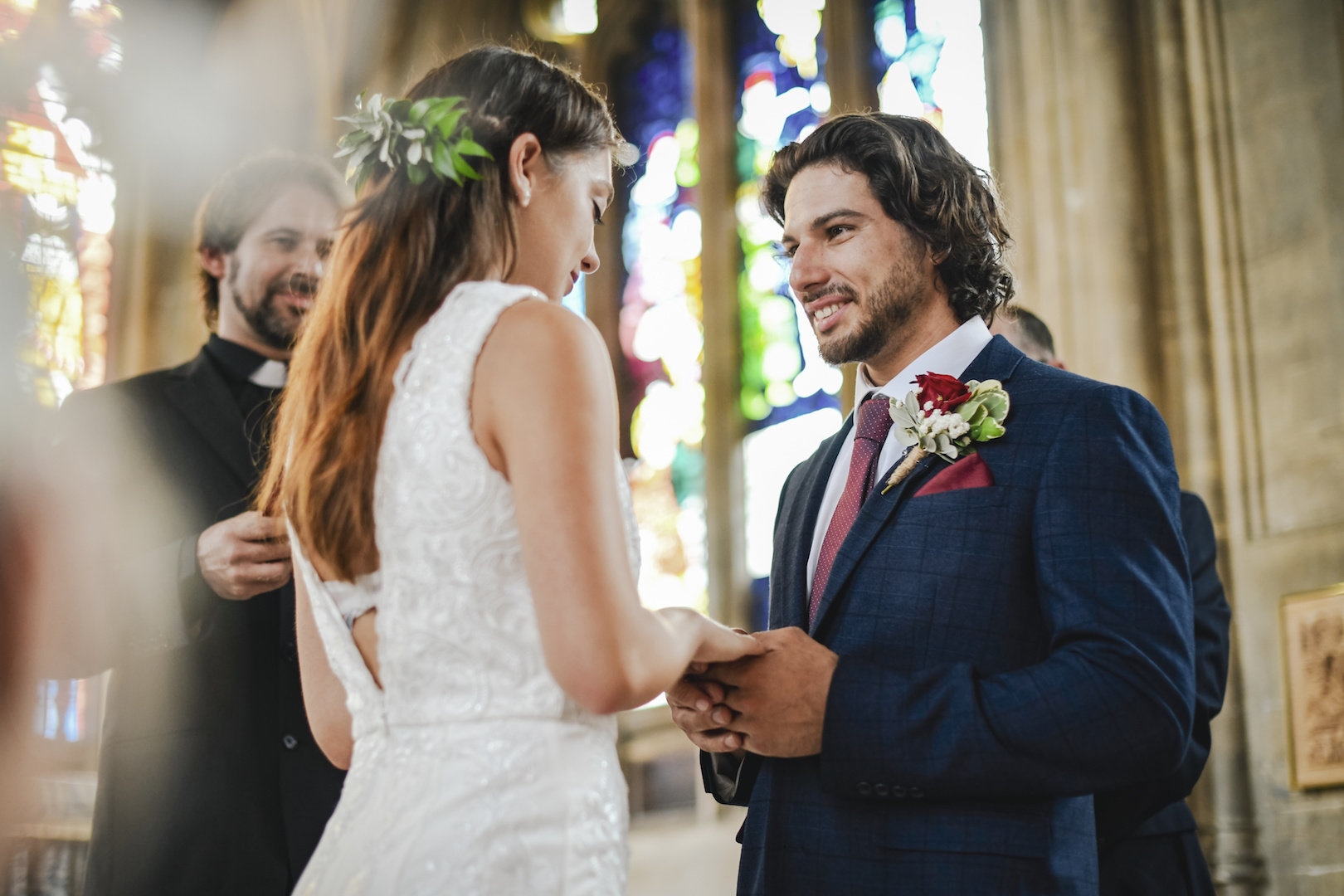 Have you ever forgotten promises that you made to your spouse on your wedding day? We sure have! (That’s especially true after 47+ years of marriage!) There have been many times in our married life when I (Cindy) have looked up to Heaven and said to God, “I didn’t marry this. This is not what I agreed to… This isn’t fair.” And that could be true. It might not have been.

But it isn’t true that I/we didn’t promise to work through “unfair” circumstances within our marriage. We promised to love and work with each other “for better or worse.” I/we just didn’t realize what “worse” involved!

I’ll never forget the day the Lord confronted me about what I promised on my wedding day. He said to me, within my thoughts, “Yes you did. You promised to ‘love, honor, and cherish for better, for worse, until death’ do you part. This is part of the ‘worse’ of it all.” I instantly knew He was right (even though I didn’t like it). I also knew that I needed to work through those forgotten promises with God. He alone could empower me to do what I needed to do from that day forward. And He has as I daily put my life into His hands.

All of this hit home again when a close relative got married. During the ceremony, we heard the preacher helping the couple exchange their vows. I thought to myself, “I hope they remember what they’re promising each other when times get tough!” There’s no doubt that they will go through tough times. And during those times, promises that were made will be tested to their fullest. We had best not make them lightly. They WILL come back to haunt us, if we do.

We came across a few quotes (from unknown sources) that have actually been said during some wedding ceremonies. When you read them, you’ll probably agree with us that they are romantic.

Promises We Vow to Keep

One person said: “There comes a time when you meet someone and you just want to make them smile for the rest of your life. That’s my promise to you.”

Someone else said: “I can conquer the world with one hand, as long as you’re holding the other.”

And then another person said: “I can’t promise to solve all your problems, but I can promise you won’t have to face them alone.”

Wouldn’t it be wonderful if the people, who said these things to their intended, would actually live out what they promised? We hope they can and have done so. And we hope that for you.

Whenever we can we try to get couples to write out their wedding vows and post them on a wall of their home after they marry. It is less likely we will forget that, which we have written, staring us in the face. We also then encourage them to read together what they promised each other at least once a year—maybe on their anniversary. This way they won’t wallow in forgotten promises, but will more likely work on keeping their promises together.

F.Y.I.: You can post your wedding vows too, if you have them handy. They can be a great inspiration and a useful tool to keep your marriage on track. We have some vows posted that are similar to the ones we promised each other. And they truly are inspirational.

Here’s something to inspire you if things turn in a difficult direction in your marriage:

“In studies of 700 miserable, ready-to-split spouses, researchers found that two-thirds of those who stayed married were happy five years later. They toughed out some of the most difficult problems a couple could face… What was their strategy? A mix of stubborn commitment, a willingness to work together on issues, and a healthy lowering of expectations.” (From Prevention Magazine)

We hope you will work on being stubbornly committed together within your marriage.

It’s important to note that when we make promises—especially marital covenant promises, we had better not forget what we vow to do. Yes, it is true that you can’t MAKE your spouse keep his or her promises. But you can keep yours, and allow God to grow you in character as you do. Keep in mind something Paul Tripp wrote:

“Our desire is that our marriages would be the location of our comfort, ease and enjoyment. We often have desires no bigger than this. But God’s purpose is that each of our marriages would be a tool for something that’s way more miraculous and glorious than our tiny, little, self-focused definition of happiness. He has designed marriage to be one of His most effective tools of personal holiness. He has designed your marriage to change you.”

Are you allowing God to do this within you as you work to keep the promises you made to your spouse?

In light of all of this, while researching and writing this Insight, we came across the following linked article that is written by Frank Powell. Please read what he has to say. He makes some very good points:

• 12 TRUTHFUL MARRIAGE VOWS YOU WON’T HEAR AT A WEDDING

Above all, we are to remember that promises are not to be given lightly. God does not forget promises we make and neither should we. When we marry we enter into a covenant agreement with our spouse AND with God. It is a covenant agreement that is MUCH more serious than signing an ordinary contract with someone. That’s why we should take it very, very seriously. God does.

The Bible says, “It is a trap for a man to dedicate something rashly and only later consider his vows.” (Proverbs 20:25)

Here is a supportive point to keep in mind:

“Making a vow is like staking our lives on something so powerful only death can put an end to it. My faith in Jesus Christ is like that. Some days I feel spiritual, and at other times doubts plague me. But I don’t turn away from God, despite how I feel today. Good marriages are built on the same principle. The partners are devoted to each other, but they also have a commitment to something [and especially Someone] higher than themselves.” (Cecil Murphy)

To consider this matter further, below is a linked article written by April Motyl. It’s something we encourage you to read—especially if you’re tempted to tell God:

• THIS WASN’T PART OF THE DEAL

Whatever you do… be a promise keeper. And to the best of your ability, never break solemn promises. They matter to God, and they should matter to you.

We want to close this Insight with something that Dennis and Barbara Rainey wrote and then a scripture. They are especially important to remember when you are considering forgotten promises, and are looking in Truth at your marital commitment:

“Many of us marry with the illusion that the excitement and magic of new love will never fade away. Then, at some point in the first couple years of marriage, we wake up and realize that reality is a bit different. That’s when we enter the season of disappointed love.

“…Commitment is an inner resolve to conform to what you know to be true in spite of your feelings. Your covenant of commitment to God and each other is the heart of what remains once reality has edited the illusion of what you thought marriage would be. At your wedding, you stood before God and promised to never forsake each other, ‘for better or for worse.’ Now, staring ‘worse’ in the face, you have a choice. Will you honor that commitment?”

As you prayerfully consider all of this:

To help you, we give a lot of personal stories, humor, and more practical tips in our book, 7 ESSENTIALS to Grow Your Marriage. We even give specifics on this particular topic. We hope you will pick up a copy for yourself. (It’s available both electronically and in print form.) Plus, it can make a great gift for someone else. It gives you the opportunity to help them grow their marriage. And who doesn’t need that? Just click on the linked title or the picture below to do so:

2 responses to “Forgotten Promises: I Didn’t Marry This”