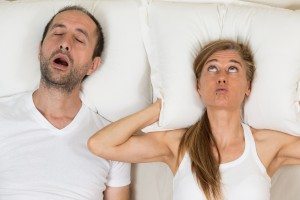 I love romantic movies. I even love the predictable, syrupy sweet ones with the highly unlikely, happy endings. What can I say? I’m a romantic! I believe that fantasy can be fun to jump into within our imaginations sometimes. And apparently, a lot of other people feel the same way. Just look at the millions who go to that type of movie.

But it’s important to remember that it IS fantasy we’re entertaining here. It isn’t real. We need to separate the two and keep them straight. I get that!

However, too many viewers don’t separate the truth from that, which is NOT real. The message they grab onto is that all they have to do as a couple is fight their way to the altar. And then after that, everyone will be happy. They will all live, “happily ever after” from that day forward!

Sigh… if only it were that easy! If only we could automatically have a happy marriage after we enjoy the happy wedding! But the truth is that it just isn’t that simple.

Here’s something that is based on truth:

“Marriages are not made in heaven. They come in kits and you have to put them together yourself.” (Susan Graham Mathis)

Building a good marriage takes effort and a lifetime of work. The problem is that too many couples “get it” as far as that part of the whole marrying thing. They overlook the fact that there is actually a marriage that comes after the grand, expensive party we call a wedding.

Oh, they acknowledge that they can’t wait until they are married. But do they TRULY realize that the party doesn’t continue on for the rest of their lives? We sure didn’t. We thought our love would just automatically grow stronger and stronger. That’s why we made a mess in the beginning of our marriage. We embraced a type of Fantasy Land naivety that if we started out happy together, we would keep going in that direction. But we didn’t. Reality came to live at our house and it almost took us down.

All of this reminds me of a book that is written by Jerry and Judy Schreur titled, When Prince Charming Falls Off His Horse: Keeping the Happily Ever After in Your Marriage. The authors took the original fairy tale and then proposed some ending possibilities. Their titles take you beyond the “living happily ever after” fantasy of new love. And then they gave some practical tips to deal with them. All of this is written in a humorous and yet practical style. As they wrote (which we found out to be true):

“Prince Charming may be good looking, especially in those cute tights. But he also snores, picks his teeth, and has a hundred other annoying habits. And, if Cinderella is perfectly honest, she’s not so perfect herself. Falling in love can be easy. Getting married perhaps is even easier. But staying happily married is much more difficult.”

It’s the “assembly thing” that most couples neglect. Happy couples don’t stay happy if they don’t work at it.

I like the idea behind some of their chapter titles in this book. They help us to realize that as romantic as the courtship can be, there is more to sustaining love than that. And as fun as the party (called a wedding) can be, love doesn’t glide on forever. We have to put some work and intentional effort into it! The fullness of love involves it being lived out as a noun and a verb. It is “a state of being” and that, which we do for one another.

Hunger for Love, Affection, and Being Happy

One of the chapter titles is named, “What Cinderella Really Wanted… Our Hunger for Love and Affection.” I think it’s pretty clever. And it’s very true for most women who marry. They believe their hunger for love and affection will be filled once they find and marry their “Prince Charming.” And then there are men who are looking to marry their “Cinderella.” But in reality, “We take all of our past experiences into our marriages.” And for that reason, there is work that needs to be done so it’s sorted out, and worked through. Then a new future can be built TOGETHER.

I’m listing below some of the other titles. I believe they’re clever AND they’re true!

As you read them you can guess the endings. And if you’re living some of these scenarios, please know that you can work them through with your “Prince Charming” or “Cinderella” with the Lord’s help, to get to a healthier place in your relationship.

Here are the titles:

– Why Prince Charming Is Always Riding in the Woods… Our Need to Rescue Others.

– Our Need to Escape. (Many people can relate to that one. It’s often the reason many people hop from one relationship to another, one marriage to another, etc…)

– When His Kiss No Longer Revives You… Facing the Reality of Boredom and Routine.

– The Empty Castle: Dealing with the Loss of Intimacy

– The Prince Next Door: Understanding the Lure of Another

– Cinderella’s Longings: When He Doesn’t Fill the Hole in Your Soul.

That last chapter title reminds me of something Sandra Aldrich once noted. She wrote, “Warning: another human being can’t meet all your needs. The only person who can meet all our needs is the Lord. And He had to die first!”

And that brings me to my last point. Please realize that a good marriage takes hard work, especially in the beginning (middle and ending). As long as you are both breathing, there is work to be done. Some of it will be the fun kind, but other times, not so much.

My husband Steve and I contend that probably the reason we hardly ever fight anymore (although we do have our times) is because we’ve fought about almost everything under the sun. So we’re running out of stuff. 45 years and counting is a great place to be when you’ve put in the work and still do so. We know that no one except for Jesus Christ was/is perfect.

If you’re dealing with some of the above issues, make it your mission to look around this web site and others we recommend. Plus take advantage of the recommended resources to fight the good fight against the problem —not each other. Keep in mind that you’re supposed to be on the same team. You won’t find it all here. But it’s a good start on your journey to “assembling” your marriage. All of this can help you to reveal and reflect the heart of Christ in your marriage.

Healthy Together and Individually

If you aren’t married to a “Prince Charming” or a “Cinderella” —all is not lost. They say that the marriage is only as healthy as the least healthy marriage partner. Make sure you do your part to be the healthiest one.

Consider what Paul Tripp wrote in his book, What Did You Expect?: Redeeming the Realities of Marriage

Are you allowing God to transform you?

Be Transformed, Not Conformed to the World’s Happy Ideal

Remember the challenge we’re given in Romans 12:2:

“Do not be conformed to this world. But be transformed by the renewal of your mind, that by testing you may discern what is the will of God, what is good and acceptable and perfect.”

I pray the following blessing upon all who read this blog.

“May the God of peace, who through the blood of the eternal covenant brought back from the dead our Lord Jesus, that great Shepherd of the sheep, equip you with everything good for doing His will. And may He work in us what is pleasing to Him, through Jesus Christ to whom be the glory for ever and ever.” (Hebrews 13:20-21)