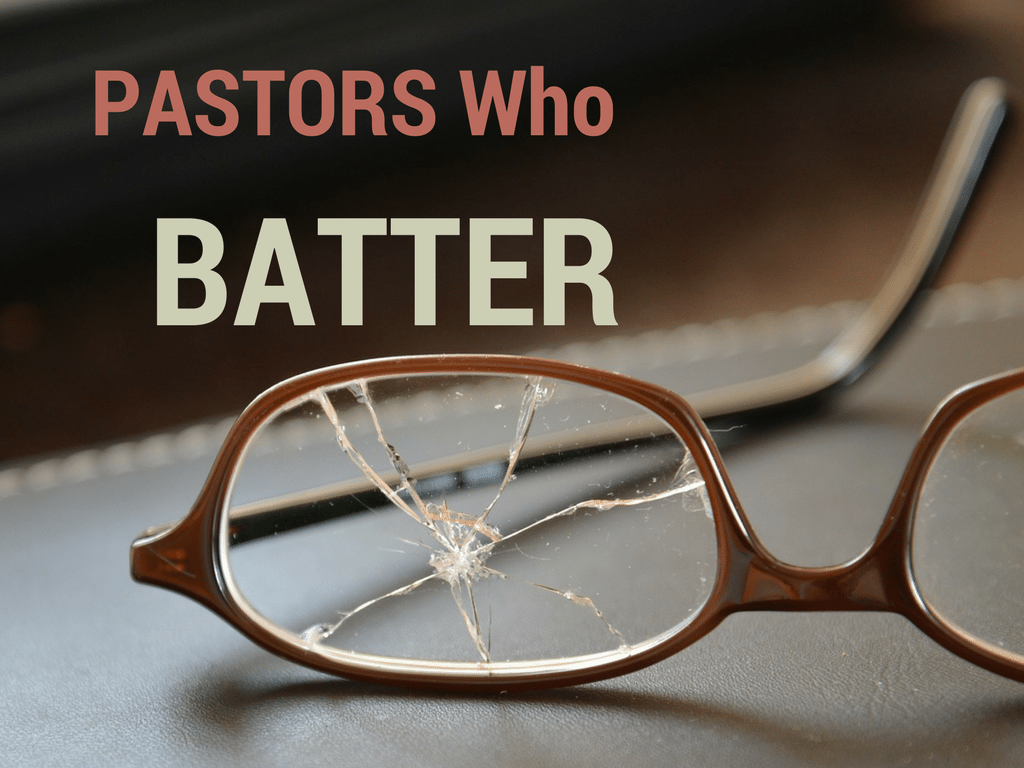 The following is an interview with Paul Hegstrom and the Editor of STEPS, Dale Ryan. Both Paul and Dale will give hope and insight if you are on either end of battering. For the abuse victim, it can give hope that change IS possible. And for pastors who batter—there is hope that they CAN change, and stop their abusive behavior.

Interview Regarding Pastors Who Batter:

STEPS: Your work with men who batter did not begin as the result of some kind of academic interest.

PAUL: Definitely not. Let me give you a brief history. My father was a Nazarene pastor. So, I was raised in a Christian family. To most people I looked like a fine Christian. But I battered my wife for years starting from before we were married. I was physically abusive and very emotionally abusive. I hated being like that. But I could not stop. I even became a pastor in the hopes that it would help me stop the abusive behavior.

STEPS: It must have been really difficult to face the fact that becoming more religious wasn’t going to fix what needed to be fixed.

PAUL: It was. I honestly felt that I would be unable to abuse my wife if I were a pastor. I thought there would be accountability to the church leadership and so on. But there were many Sundays when I would scream and yell and slap the kids around and push, shove or hit Judy and maybe an hour later I would be in the pulpit.

I can remember preaching many a Sunday morning when I’d have flash-backs. My message would not flow and I’d wonder “what am I doing in front of this congregation when less than an hour ago I was abusing my family in the parsonage?” I was knocking holes in the walls of the parsonage. Judy would lock herself in the bathroom and I’d put my shoulder to the door and break it down.

When I left the ministry after three and a half years the parsonage was in shambles. About this time I left my wife and family. I moved away from everything I knew. We divorced. I really thought that I was lost. And since I was already lost for eternity I might as well “party hearty” while I had time.

So, I got into drugs and alcohol, sexual addiction, and live-in relationships. But the battering continued. I almost killed the woman I was living with. That is actually what forced me to finally get help. To avoid being prosecuted for attempted murder I agreed to enter a program for men who batter.

STEPS: I know there are many more resources available today for batterers than were available when you first got help. What was most helpful to you back then?

PAUL: The main benefit of the program for me was that I was forced to recognize that the problem was about me. I had a problem. It wasn’t about my wife, my girlfriend, my parents, the kids, the dog, whatever. It was my problem. So, I started to learn something about me. That was helpful. But it wasn’t really getting to the depths I needed and I became extremely frustrated. I also became extremely angry with God during this time.

A key turning point for me was one night when I was wrestling with God in prayer. I remember screaming at God in the middle of the night until I had no more tears and no more voice. It was then that I heard God say “Paul, you don’t have a teachable spirit.” I knew immediately that we had hit pay-dirt! I knew that I did not have a teachable spirit. All of my life I had been an authority to myself. No one could give me any kind of input. So, I started to pray “God teach me to be teachable.” That was the beginning of the change for me.

STEPS: What do you see as the roots of family violence?

PAUL: Put simply, violence is about arrested emotional development. If the wounds you experienced in childhood have stopped your emotional development, you have never developed your core or real personality and character. What happens is that you develop a pseudo personality that is not a true identity. This personality consists of the expectations of important people in your life of whom you fear rejection. The pseudo personality becomes very changeable, depending on who you are with and where you are. This is the “double minded man” referred to in the book of James.

The primary symptom of arrested emotional development because of a wounded childhood is the insistence that I am my own authority. There is an intense distaste for any kind of authority. If your wife says “How much money is in the checking account? I need to buy groceries.” this is immediately an authority issue. We fight the authority of the boss, the foreman, the authority of the pastor, of God. One of the difficulties with traditional therapeutic approaches to helping batterers is that the therapist can be an authority figure. Batterers will play the game of therapy to get through but the real hidden agenda may remain ‘no one is going to tell me what to do.’

If you have been wounded early in life and your development process has been frozen, you are locked into what I call the ‘age of directives.’ This leaves you very dependent and makes it very difficult for you to make decisions. You can make decisions for other people and control their lives, but decisions for your life are made by indecision, circumstances, situations and other people. You have no control of your life so you try to manipulate and control circumstances, situations and other people. This results in a life of chaos.

If you are stuck in the age of directives, the stage where parent’s fix everything, then you are always looking for a Mommy to make it right for you because you cannot resolve your own conflicts. You grow chronologically, marry and many times you make a Mommy out of your spouse. When you’re in crisis you try to get her to fix it or, in essence, if she’ll get help then everything will be okay. This becomes your way of escaping your own responsibilities and blame-shifting the responsibility to her. This never resolves the core problem because this is an individual issue, not a marriage issue.

The key to recovery is to restart the emotional development process that was damaged in childhood. I call that process ‘developmental reconstruction.’ We don’t need to be driven by childhood wounds for a lifetime. We can develop a real personality to replace the pseudo personality that has led to such chaos.

STEPS: You mentioned earlier that you hated being abusive. Why do you think you did things you hated?

STEPS: Many people are skeptical about the possibility of recovery for abusive men.

PAUL: If I can do it, anyone can. I was deeply lost in the abusive process and deeply wounded by childhood trauma. It’s not an easy thing to recover from. It’s hard work. But it is possible. Even though I abused her for many years, after several years of hard work in recovery Judy and I remarried. We have had to work hard on our relationship but we have broken the cycle of abuse in our generation. I still have to work on my recovery, we still work hard in our relationship. And our kids have had a lot of issues to work on because of all the abusiveness in our family. But my grandchildren now live in homes that have been freed from the dynamics of abuse. That to me is exciting! Recovery is possible because God is a magnificent God. God has made a way of escape!

For Help in Recovery:

Please note that this article is posted on the website for The Clergy Recovery Network Clergyrecovery.com. Clergy Recovery exists to support, encourage and provide resources to religious professionals through personal crisis and early recovery.

Paul Hegstom is the founder of Life Skills International (PO Box 31227, Aurora, CO 80041-1227, 303-340-0598) a network of over 90 programs offering support groups and intensive workshops for men who batter. His latest book is, Angry Men and the Women Who Love Them: Breaking the Cycle of Physical and Emotional Abuse. It is published by Beacon Hill Press.

Filed under: Abuse in Marriage Pastors and Missionary Marriages

3 responses to “Hope For Pastors Who Batter”