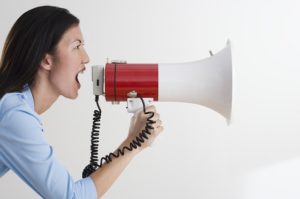 I’m reminded of the night my father was preaching in an open tent service. It was attended by more cats and dogs than people. During the course of his sermon, one large alley cat decided to take a nap on the platform. Inevitably, my father took a step backward and planted his heel squarely on the tail of the tom. The cat literally went crazy, scratching and clawing to free his tail from my father’s 6-foot 3-inch frame. But Dad could become very preoccupied while preaching, and he didn’t notice the disturbance. There at his feet was a panicky animal, digging holes in the carpet and screaming for mercy. And yet that heel did not move.

Dad later said he thought the screech came from the brakes of automobiles at a nearby corner. When my father finally walked off the cat’s tail, still unaware of the commotion, the tom took off like a Saturn rocket.

This story typifies many twentieth-century marriages. The wife is screaming and clawing the air and writhing in pain, but the husband is oblivious to her panic. He is preoccupied with his own thoughts, not realizing that a single step to the right or left could alleviate the crisis. I never cease to be amazed at just how deaf a man can become under these circumstances.

I know of a gynecologist who is not only deaf, but blind as well. He telephoned a friend of mine who is also a physician in the practice of obstetrics and gynecology. He asked for a favor.

“My wife has been having some abdominal problems and she’s in particular discomfort this afternoon,” he said. “I don’t want to treat my own wife and wonder if you’d see her for me?”

My friend invited the doctor to bring his wife for an examination. He discovered (are you ready for this?) that she was five months pregnant! Her obstetrician husband was so busy caring for other patients that he hadn’t even noticed his wife’s burgeoning pregnancy. I must admit wondering how in the world this woman ever got his attention long enough to conceive!

There’s another aspect of the male-female relationship that should also be discussed for the man who wants to understand his wife. Appreciation is expressed to the well-known author Dr. Dennis Guernsey for calling to my attention the research by Rollins and Cannon and others, which reveals a contrasting pattern of “personal satisfaction” by husbands and wives.

A woman’s satisfaction with her home is never higher than at the time she gets married. But alas, her attitude is likely to slide. It typically deteriorates with the birth of her first baby and continues to sink through the child-rearing years. It reaches a low point in conjunction with the empty-nest syndrome — when the kids leave home. Her satisfaction then rebounds considerably and remains stable during the retirement years.

The husband’s job satisfaction follows an opposite pattern. His low point occurs during the early years of marriage, when he accepts a poorly compensated, non-status position. But as he works his way up the ladder, he draws greater emotional rewards (and more money) from his work. This increasing job satisfaction may continue for twenty years or longer, with his work encompassing ever more of his time and energy.

Obviously the point of greatest danger occurs in the late thirties and forties, when the wife is most dissatisfied with her assignment and the husband is most enthralled with his. That combination is built for trouble, especially if the man feels no responsibility to help meet his wife’s needs and longings. (Please remember that these studies merely reflect trends and statistical possibilities. Individuals may respond very differently.)

In the absence of strong and loving support from husbands, how do women cope with the circumstances I’ve described? We all know that behavior does not occur in a vacuum; it is motivated by powerful emotional currents running deep within the personality. Thus, I’ve observed eight avenues of response that may be taken by a depressed and frustrated wife. They are nonexclusive; in other words, more than one approach can occur simultaneously, or one can lead to others.

The Eight are as Follows:

1. A woman can detach herself from home and family, reinvesting her emotional energy in an outside job. The “back to work” phenomenon by Western women is, in part, a product of this coping mechanism (combined with the pressures of inflation).

2. She can become very angry at men and society for their perceived insults and disrespect. This source of hostility helped to power the now defunct women’s liberation movement and gave it an aggressive character. Fortunately, both men and women quickly recognized that that was not the answer.

3. She can remain at home in an atmosphere of great depression or despair. Depression is “anger turned in-ward,” and is usually related to low self-esteem. This woman often becomes a classic nagger.

4. She can attempt to meet her pressing needs by getting into an illicit affair. This disastrous avenue usually becomes a dead-end street, leaving her more depressed and lonely than before.

5. She can turn to alcohol and drugs as a temporary palliative. Many homemakers are yielding to this alternative, as evidenced by the rising rate of alcoholism among American women.

6. She can commit suicide (or make a suicidal attempt as a call for help).

7. She can denounce the responsibilities of mothering, by either remaining childless, or by failing to meet the needs of her kids at home. Or she can run away and let Dad take over.

8. The depressed woman can, of course, seek a divorce in the hope of starting afresh with someone more understanding and loving. Today, more than ever, this final alternative looms as the accepted method of coping with marital frustration.

None of these coping mechanisms is very productive. In fact, each of the eight has specific negative consequences. Not even attempted suicide is certain to attract the attention of a mate. I counseled with one woman approximately two weeks after she was released from the hospital. Having made every possible attempt to make contact with her husband, she slid deeper into depression and despair.

Finally, she resorted to the ultimate decision. In full view of her husband, she brought all available prescription drugs from the medicine cabinet and proceeded to swallow 206 assorted pills. Her husband stood watching in disbelief. She then went to the bedroom to lie down and die. But she didn’t want to leave this earth, of course. It was a desperate method of dramatizing her condition to the man whose love she needed. Unfortunately, he did not respond.

When she realized that he had no intention of rescuing her, she pulled herself together and drove to a nearby hospital. After pumping her stomach, the hospital staff telephoned her husband who came to her bedside. He held her hand for two hours without ever asking why she hadn’t wanted to live! In fact, the day he brought her to my office, more than two weeks later, he made his first comment about the event. As he walked around the car to open her door, he said, “I want you to know that you nearly scared me to death a couple of weeks ago!”

Lack of Attention to Needs

Readers might find it difficult to believe that this man loved his wife, but it’s true. His lack of attention to her needs was related to a potential business failure. This made it difficult for him to “give” to his wife — or even hear her cries. He was facing a crisis of his own, which often occurs in disintegrating marriages.

If the usual coping mechanisms fail to deliver viable solutions to the problems of marital conflict, what is the answer? That brings us back to the promise, that I would offer some straight talk to husbands and wives. Never before have I abandoned diplomacy in dealing with family issues. But I beg your tolerance in this instance.

The current crisis in marriage demands a bold approach that is equal to the magnitude of the danger. You can’t kill a dragon with a pop-gun, as they say.

Men, it is high time you realized that your wives are under attack today! Everything they’ve been taught from earliest childhood is being subjected to ridicule and scorn. Hardly a day passes when the traditional values of the Judeo-Christian heritage are not blatantly mocked and undermined.

All of these deeply ingrained values, which many of your wives are trying desperately to sustain, are continually exposed to the wrath of hell itself. Radio, television and the press — are working relentlessly to shred the last vestiges of Christian tradition. Your wives who believe in that spiritual heritage are virtually hanging by their thumbs! They are made to feel stupid, old-fashioned and unfulfilled. They are fighting a sweeping social movement with very little support from anyone.

Let me say it more directly. For the man who appreciates the willingness of his wife to stand against the tide of public opinion it is about time you gave her some help. I’m not merely suggesting that you wash the dishes or sweep the floor. I’m referring to the provision of emotional support of conversation, of making her feel like a lady, of building her ego, of giving her one day of recreation each week, of taking her out to dinner, of telling her that you love her. Without these armaments, she is left defenseless against the foes of the family — the foes of your family!

But to be honest, many of you husbands and fathers have been thinking about something else. Your wives have been busy attending seminars and reading family literature and studying the Bible, but they can’t even get you to enter a discussion about what they’ve learned. You’ve been intoxicated with your work and the ego support it provides.

The message could not be more simple or direct to a Christian man. The Lord has commanded you to “love your wives, even as Christ loved the church, giving His life for it.”

She needs you now. Will you fit her into your plans?

, published by Multnomah Publishers. In this classic work on men’s roles and their responsibilities, Dr. Dobson gives husbands and fathers information they can use. This is a straight-from-the-shoulder resource that belongs on every family’s bookshelf.

9 responses to “How Deaf A Man Can Become”