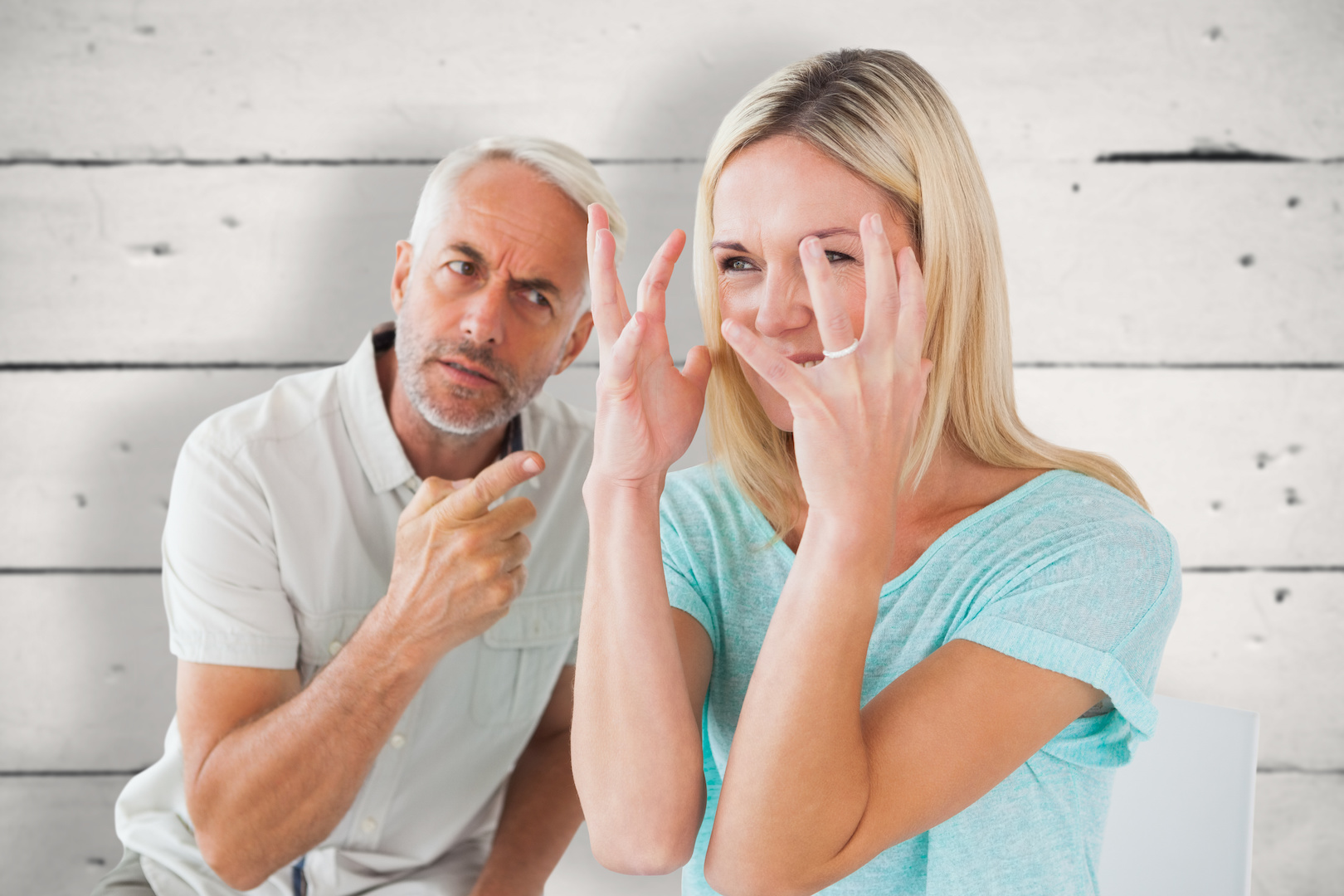 We often know about some of those differences before marrying. But then there are others that seem to come up out of the dust from one day to the next.

We know something about bones that come up out of the dust. Our oldest son is an archeologist. He works with bones, and dirt regularly. Often, when we tell anyone of our son’s profession we hear the statement, “I’ve always been interested in archeology. I’d love to be an archeologist.” And to that we reply, “Yes, it does have its interesting parts. But a lot of it is boring, tedious, and not fun at all. Plus, there’s a lot of dirt and that you have to get through to get to the good stuff.”

Actually, when you think about it, that’s a lot like marriage. It isn’t all fun and games, and love, love, love being expressed all the time! There can be boring, tedious times that you have to get through. And sometimes you have to get through the tough, dirty times of working through our differences to get to the “good stuff” of marriage. With this in mind, the following are a few “bones of contention” that most spouses have to work through to become a better marital team:

The First of Many Bones of Contention is: Anger…

• Anger Can Lead Us in Harmful Directions.

Since Cain and Abel anger has been a killer of relationships. Uncontrolled, unchecked anger is one of the most destructive forces in marriage. The Bible warns us over and over again how harmful anger can be. “Fools give full vent to their rage, but the wise bring calm in the end. (Proverbs 29:11) “Refrain from anger and turn from wrath…” (Psalm 37:8) and James 1:20, “…because human anger does not produce the righteousness that God desires.”

And that’s the point we want to make, don’t let anger get control of you. Your spouse can rile you in ways that you have probably never been riled before. And when this happens feelings rise to the surface that you (both) need to face. If you are handling your anger in sinful, spiteful, overly controlling, and maybe even abusive ways, you need to work on that issue. God wants you to work on that issue. It is NOT okay to subject your spouse to that type of behavior.

The point is not who pokes you in such a way that you lose control. The point is that you CAN and DO lose control. Don’t let your anger become one of the many bones of contention that cause problems. Make a point of working on that, which threatens the peace within your marriage.

Many counselors are skilled at helping you work through this issue. Plus, we have several articles posted on this web site that can help you as you read and work through what you learn. You can find them in this linked topic: COMMUNICATION AND CONFLICT.

Plus, if you are struggling with the issue of going to bed “while you are still angry” here is another article you may find helpful to read and prayerfully consider:

• Self-Centeredness Often Comes to the Surface Within Marriage.

It’s easy to say in our wedding vows that we will be totally devoted to our spouse – “until death do us part.” I promised it to Cindy, but within a few weeks of the ceremony I barely gave her needs/desires a second thought. Whenever we speak to couples now I confess that I was a “selfish jerk” earlier in our marriage. I pretty much expected things to go MY WAY. If Cindy didn’t like it, “Tough Toenails!” The outcome of my decision was we were in conflict a lot of the time.

But then God began to work on my heart and open my eyes to see Cindy from His perspective. We’re told in the Bible in Philippians 2:4, “Let each of you look not only to his own interests, but also to the interests of others.” In Romans 12:10 we’re told, “Love one another with brotherly affection [that also goes for marital affection]. Outdo one another in showing honor.” Also, in Ephesians 4:2 we’re told, “With all humility and gentleness, with patience, bearing with one another in love.” While none of these verses say, “husband or wife” specifically, it is clear that God intends for us to see the connection.

Selfishness has no place in a marriage where the husband and wife are “cleaved together as one.” That’s what we’re told to do in the Bible, and that’s what we had better do!

An Additional Bone of Contention

• Invalidation is Especially Problematic in Marriage.

Studies have shown that invalidation can lead to “marital discord and quite often divorce.” Here’s something that therapist, Stephanie Baffone, writes about this point:

“A perfect example of invalidation is the old stand by, ‘You shouldn’t feel that way.’ or ‘That’s ridiculous.’ When you tell someone how they feel is ridiculous, it is the equivalent of issuing a stop work order on your relationship. Sure, it might not make sense to you or might even seem silly TO YOU, but to say that directly to someone else in a tone that invalidates their experience shuts them down. It’s much better to offer something like, ‘I understand that’s how you feel, but it doesn’t quite make sense to me. Help me understand.'” (From Stephanie’s article, What’s the Secret to a Happy Marriage?)

We dealt with this issue a lot in the earlier part of our marriage. Steve couldn’t understand why I wouldn’t just “shape up” when he told me to view things differently. He’d say, “then just look at it this way instead.” Or he’d say, “Then don’t do that if you’re having a hard time with it.” And yes, that made sense. But it wasn’t that simple. It takes time and effort to bend feelings to come around to a healthier end (if that’s what needs to happen). I also felt belittled when he would say things like that. And that’s problematic!

So we talked and listened to each other a lot to get to a healthier place of approaching each other’s stances. We approach issues more like partners now, rather than adversaries. We’ve learned that we don’t have to stay stuck in the muck, if we’re willing to work it through until we both feel heard and validated.

Another Bone of Contention?

• Blaming each other takes the focus off of finding solutions when we “play” the Blame Game.

Ever since the first husband in history, Adam, tried to blame his wife, Eve for his sin the pattern has continued. You would think in all the millennia that have passed since then we would have figured out where this comes from. It started with the devil himself. This has got to be one of his favorite Spiritual Warfare tricks. After all he can sucker us into it so easily.

This is one of those principles Cindy and I are emphatic about: Marriage is for grown ups. Blaming each other for your own stupid behaviors or sins is childish—as well as destructive to your relationship. Jesus knew we would struggle with this. That’s why He said:

When you’re tempted to point the finger of blame on each other, beware! Own up to your own blame, and then work together on solutions, regardless of who is to blame. We’re all sinners, and we all do stupid stuff.

Another Problematic Bone Couples Pick with Each Other

• Love based on feelings can lead you in a deceiving direction.

One minute you feel one way and the next you don’t. You may THINK you love your spouse, and always will. But it could be that you experienced infatuation, or a bio-chemical rush that lasted for a season. But now that you’re married you need to follow your “love” through with decisions to help it to grow.

If you’re in a marriage where you’ve lost that loving feeling that’s very common. Cindy and I have been there many times in our marriage. That’s actually quite normal! We didn’t know that earlier in our marriage. But we’re glad we learned that eventually. Just because you don’t “feel” in love with your spouse right now, don’t give up hope.

You can work yourself into love, or back into love in the future. We’ve seen this happen to hundreds of couples, including ourselves. If this is a bone of contention you’re faced with, here are a few things to prayerfully consider:

“Falling in love is only the first stage of love. It’s impossible to remain in that stage. A mature relationship will shift from dizzying infatuation to a deeper, more secure love. Don’t make the common mistake of thinking that when the initial wild passion fades you aren’t in love anymore. The answer is not to start a new relationship so you can recapture that emotional high with someone else. The answer is to learn how to move on to the next stages of love for a different but richer experience.” (Dr Phil McGraw)

Realize, and act upon the fact:

“True love doesn’t happen by accident. It’s deliberate, it’s intentional, it’s purposeful and in the end…it’s worth it.” (Darlene Schacht)

Here are a few of the bones of contention we pointed out here that can cause division between you:

We realize there are many, many other issues that can trip you up in your partnership with each other. Differences rise to the surface in every married couple’s life together. But when that happens, we need to approach the issue from a marital team perspective.

“In a marriage, husbands and wives are on the same team—two people who have chosen to be joined together as one. Unity doesn’t mean you have to agree on everything or have all the same preferences, likes, and dislikes. Instead, it means sticking together in spite of your differences. It’s a conscious decision to work together to reach consensus, compromising when necessary as you make decisions together, both big and small.” (Drs Les and Leslie Parrott)

“And over all these virtues put on love, which binds them all together in perfect unity.” (Colossians 3:14 NIV)

We pray your love binds you together to such a degree that when one of you cries, the other tastes the salt.

To help you further, we give a lot of personal stories, humor, and more practical tips in our book, 7 ESSENTIALS to Grow Your Marriage. We hope you will pick up a copy for yourself. (It’s available both electronically and in print form.) Plus, it can make a great gift for someone else. It gives you the opportunity to help them grow their marriage. And who doesn’t need that? Just click on the linked title or the picture below to do so:

3 responses to “Bones of Contention in Marriage”