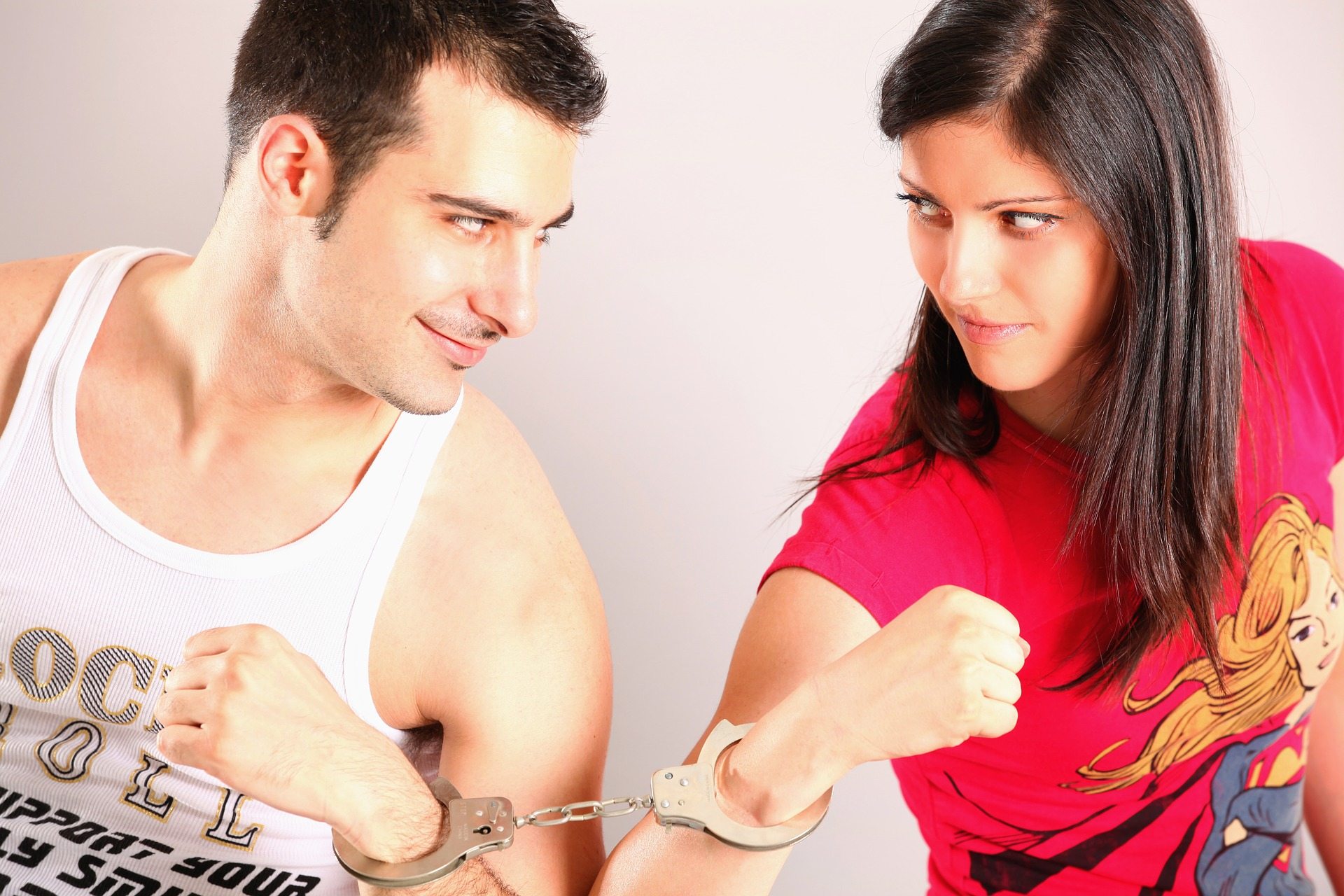 “Incompatibility: Grounds for a Great Marriage.” This may seem like a contradiction for many of us to consider. But it’s something that Chuck and Barb Snyder (termed as “The World’s Most Opposite Couple”) believe. They have spoken about and most importantly, have lived and learned through incompatibility, in positive ways. They call themselves “walking examples of 2 Corinthians 1:3-5. Curious? Read on. It’s something that Chuck and Barb spoke about in one of their marriage seminars:

“Since we’ve personally experienced communication problems and other struggles in our relationship, we can stand here. We’re not any better than any of you. Maybe we’re a little older and have been down the path a little further. But we pass along to you the same comfort and encouragement that God has given us. And God has given us a lot!

But differences are actually God-designed. It’s ok to be different. Yet we don’t always live out those differences in ways that can benefit the other. We read a poem that reminded us of what goes on in our lives. It’s called: ‘He Said, She Said’ and it reads:

He Said, She Said

“Another marriage is shattered, Lord.
The divorce will be final next week.
He said it was the breakdown of communication
and a subtle infiltration of boredom.
She said it was an accumulation of things.
He said she was unnecessarily preoccupied
with home and children and activities.
She said he stifled her dreams
and ignored her achievements.

“He said he felt imprisoned and restricted—
that night after night he got the old push-away.
She said he was harsh and brutal
and he often embarrassed her in public.
He said her critical attitudes
contributed to his sense of inadequacy.
She said she felt lonely and unappreciated
with no claim to personal identity.

He said she wallowed in self-pity
and refused to acknowledge her benefits.
She said he was thriftless and irresponsible.
He said she didn’t understand;
she said he didn’t care.

Lord, how tragic!
Through all the wearisome years
neither of them asked…
what YOU said.

“What we want to do is tell you what the Lord says about relationships. It came to me that in Philippians, where we read about the minds of Christ in chapter 2, that unless we have the mind of Christ, we cannot carry out the things He tells us to do.

Starting in verse 5 it says:

“‘Have this attitude in yourselves which was also in Christ Jesus, who although He existed in the form of God, did not regard equality with God a thing to be grasped, but emptied Himself taking the form of a bond-servant, and being made in the likeness of men, and being found in appearance as a man, He humbled Himself by becoming obedient to the point of death, even death on a cross.

“Therefore also God highly exalted Him, and bestowed on Him the name which is above every name, that at the name of Jesus every knee should bow, of those who are in heaven, and on earth, and under the earth, and that every tongue should confess that Jesus Christ is Lord to the glory of God the Father.’

“There are several things the Lord did in that passage. He’s our example, so there are four things we have to do. First He denied Himself. Then He became a servant. The next thing that He did was humble himself before God. If you’re going to do things God’s way you’re going to have to humble yourself. It’s not any fun to do that —especially when you know that you’re right. But then He humbled Himself and became obedient to the point of death —even death on a cross.

“When you humble yourselves and become obedient, you think you’re going to die. You come back to self-denial— and go right through that again as a servant. And the thing that will happen is, you will be exalted. The Lord says, ‘humble yourself before the Lord and He will exalt you.’

“The Bible talks in Genesis 2 about the ‘helper’ situation in marriage. It means to be a completer. It’s good that a woman and a man in marriage are different because you complete each other. Further in Genesis 2 it says, ‘This explains why a man leaves his father and mother and is joined to his wife in such a way that the two become one person.’

“The word joined means glued. That’s why divorce is so destructive. When you put them together, it’s like two pieces of paper that you glue together. When you separate them there’s inevitably going to be scars of each on the other.

“It’s a devastating thing to see the scars from a previous relationship carried into the present one. If you’ve experienced this, draw a line in the sand saying, ‘The past is past. I’m going to look to the future and make the most of my present.’”

What Chuck and Barb shared contains so many truths. You can read more of what they say in the book, Incompatibility: Still Grounds for a Great Marriage. (We love Chuck and Barb and highly recommend that you read what they write.)

The truth is that we can get so caught up in our own perspectives that we forget God’s perspective in all of this. He’s usually more concerned about our character development than our comfort level. And what we’ve learned through He can use to help others and us, if we’re open to it.

If you were to stand before the Lord today to give an account for how you interact with your spouse, would He be able to say, “Well done, good and faithful servant”? Are you living a “life of love, just as Christ loved us and gave himself up for us as a fragrant offering and sacrifice to God” as we’re told in the Bible in Ephesians 5? If not —today can be a new beginning. It’s never wrong to start doing what is right. God can help us to move past incompatibility to make our differences work for us.

One response to “Incompatibility in Marriage – MM #64”