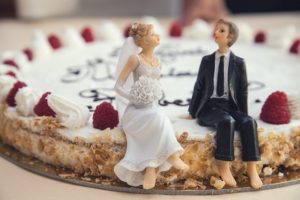 Do you feel like you went down the aisle on your wedding day with one man and later found him to be COMPLETELY different than you ever imagined? Do you feel deceived, thinking your husband knew he was deceiving you and you just don’t understand why? If he was different inside than he made himself out to be, what was he thinking? Why did he marry you, only to change a short time later?

These are all questions we receive from women we talk to and correspond with here at Marriage Missions. They’re all questions we struggle with to answer. But pastor and author Bill Hybels gives a little insight into this dilemma in his great workbook titled: Marriage … Building Real Intimacy.

Here’s what Pastor Hybels has to say on this particular subject:

The damaging process of shifting gears after the wedding day: Here is a detailed description of how this process can happen in some marriages:

The journey begins like this. A young man identifies the woman he wants to marry and begins the business of serious courtship. Time and money are no object, so he throws vast amounts of energy and creativity into the pursuit. He gives gifts, sends cards, writes poems, and delivers flowers. He also plans romantic dinners in elegant restaurants, takes long walks on sandy beaches, enjoys leisurely drives on country roads, and loiters in front of jewelry store windows. This man is on a mission. He has a worthy goal, and is motivated. He lets nothing stand in the way of winning the woman of his dreams. She becomes his top priority, and he will not rest until she is his.

He is smitten and wants her to know it. He rearranges his busy schedule to spend every possible minute with her. This man compliments her warmly, and sings her praises to friends and family. He talks about her constantly. And very slowly he begins to wear her down.

That’s right, wear her down. You see, she was a little suspicious at first. He was obviously in hot pursuit, but what exactly What was he after? Did he want a cheap thrill or a lasting relationship? A female trophy or a wife he could treasure? She knows the dangers because she has been hurt before. So she wisely guards her heart and maintains her distance. She observes, waits, and analyzes. Can this guy be trusted? Or will he dash her dreams six months after the wedding? She has heard the horror stories, and doesn’t intend to provide the plot for another one.

Meanwhile, the diligent young man showers her with attention, affection, and appreciation. He calls her four times a day, fills her mailbox with declarations of love, and buys her sentimental gifts. The weekends are wall-to-wall recreation and romance: dinners, movies, plays, and parties. And now — the offer of a diamond ring.

Almost against her will, she feels loved. She feels safe, secure, treasured, prized, and begins to trust him. She begins to believe that it will last. In fact, she lets herself believe that it will keep getting better and better. It appears to her that marriage will open the door to a future of unimagined joy.

Finally, the last bridge of doubt is crossed and she says, “Yes, yes, I will marry you. You have proved beyond a shadow of doubt that you love me. You have courted me, romanced me, made me feel special and important and treasured. I can see that I am at the top of your priority list. You have won my heart. I will marry you!”

So the wedding date is set, the ceremony is carefully planned, and the honeymoon is arranged. It all comes off in storybook style. The newly married couple move into their cozy apartment and the young wife settles into the realities of everyday married life. She revels in the knowledge that she made a wise and wonderful choice for a lifetime partner.

And then it happens. Her husband does a terrible, horrible, unthinkable, and reprehensible thing. Oh, he doesn’t realize he’s doing anything wrong. But he does it, nonetheless, and deeply wounds his sincere, trusting wife.

What does he do? He shifts gears, and readjusts his focus. He figures that now that he got the “marriage job” done, it’s time to move on to another objective. The groom faced one challenge and beat it; now it’s time to face another one. So without giving one thought to how this is going to affect his wife, he calmly rearranges his priorities. He reapportions his energies, and launches out on his next mission, most likely in the marketplace.

There is no malice in his decision. In fact, he is probably not even aware that he’s making the shift. If questioned about his love for his wife, he would deny that it has faltered in the least. He loves her as much as he did the day he married her. He’s simply doing what he has been conditioned to do.

Most men don’t intend to hurt their wives. They do what they do without thinking. And, husbands aren’t the only ones who fall into this pattern. The unprecedented entrance of women into the marketplace has put wives at equal risk when it comes to refocusing their energies and neglecting romance. In many marriages nowadays, both spouses make the destructive shift.

A young couple we know were best friends all through high school. They dated happily throughout college, and married with the blessing of family and friends. But five years into marriage they sat across from one another on their living room floor, weeping over the lack of feeling in their marriage. They weren’t spiritually incompatible, and hadn’t lost respect for one another. They didn’t have serious temperament clashes or poor conflict resolution skills. The problem is, they had simply poured themselves into their careers and neglected to treasure one another.

We recently attended a small conference with a number of couples in the fifty-to-sixty-year age range. We observed that many of the men were unusually attentive toward their wives. Because we were in the midst of working on this book, we asked them why. Almost without exception, the men said, “This is my second wife. During my first marriage I was too preoccupied with climbing the corporate ladder to pay attention to my wife. I hurt her deeply for many years, and finally she couldn’t take it anymore. Now I’m doing things differently. I may have forfeited my first wife, but I’m not going to foul things up again.”

While some people let their careers get in the way of romance, others get sidetracked by parenting. They get so caught up in child-rearing responsibilities that they forget they’re husbands and wives first, parents second. In attempting to give their best to their children, they fail to give them what they need most: a happily married mom and dad.

The book this article came from is actually a study workbook aimed for couples to go through together (preferably in a group setting). But it can also be done by the couple alone). This article was featured in the “Notes for Leaders” section. It is only part of the content of the entire chapter which is titled, “Whatever Happened to Romance?” But to wrap this section up, we want you to know that in the workbook section Pastor Hybels makes the following suggestions:

Take a few minutes to pray and reflect on the following questions:

Take time as a couple to discuss the following:

We hope this article and the above questions will be helpful to your marriage. It is also our hope that it gives you a glimpse into the quality of this workbook. We think it’s an outstanding study and hope you’ll find a way to obtain it and work through it. You can either do this as a couple on your own or in a couple’s group study. The book is titled, Marriage: Building Real Intimacy (Interactions)

, and is written by Bill Hybels, published by Zondervan.

This excellent study guide will help you and your spouse to draw insight from one another and from the other couples in a group setting. It’s one of our very favorites! It’s a 6 week study designed to build the kind of close relationship you’ve always wanted. Whether you need to stabilize shaky foundations or just want to make a good marriage even better this study book will do that.

11 responses to “Husbands Who Shift Gears After The Wedding”