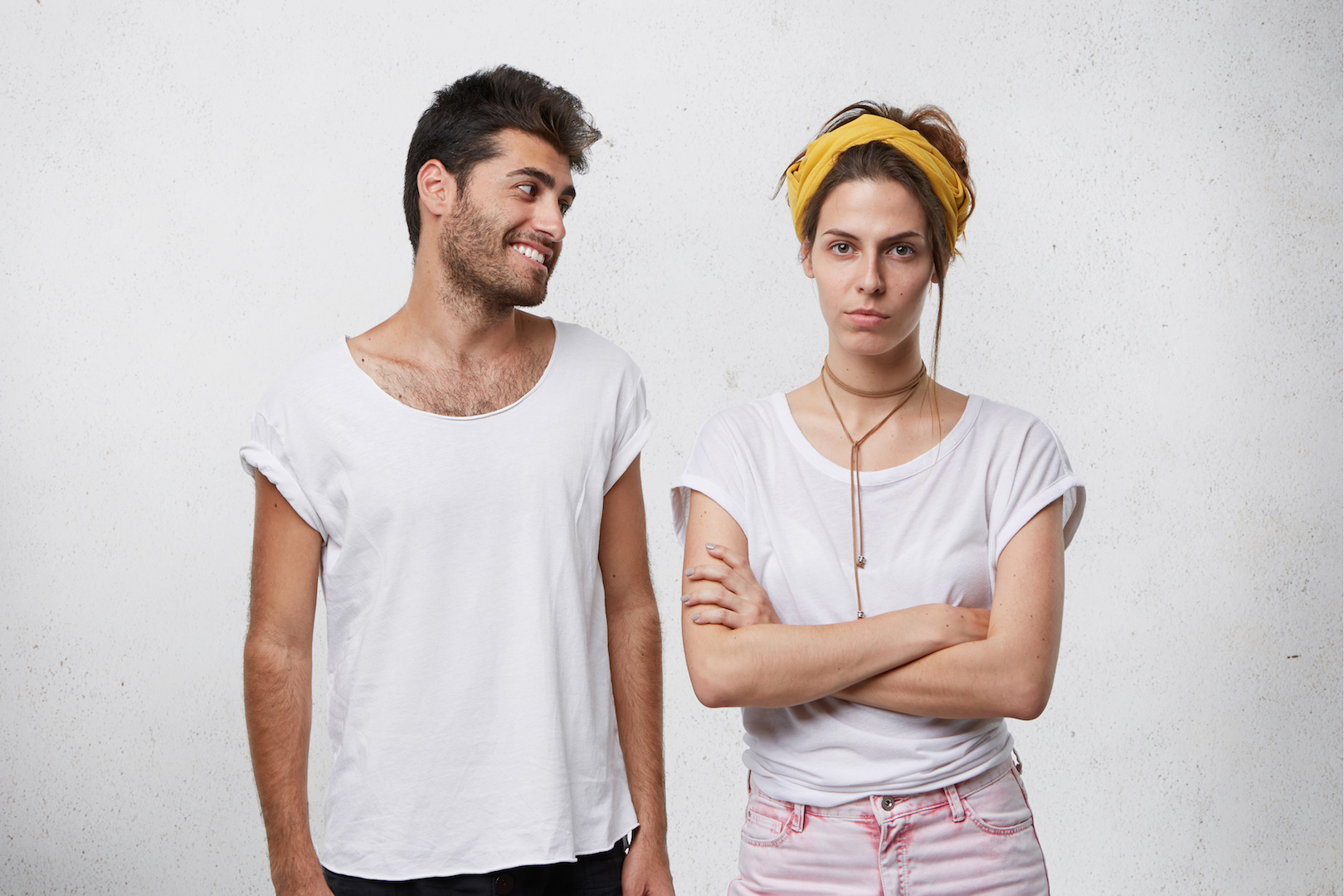 My husband Steve and I have learned a lot about each other and about marriage in the many years we have been married. One thing we have discovered is how differently we approach matters when we’re upset. We both have different approaches to that, which upsets us.

When an issue upsets me, I have a tendency to either want to withdraw to have some time to think, pray, and work through the matter, or I want to talk about it (and by “talk” I mean that I want to work it through with my husband until I can somehow make better sense of it all). I know that these are two opposite approaches, but that’s how I handle emotional matters.

When Steve is upset he has a tendency to either want to retreat and sleep (needing shut down time), or he tries to get closer to me by being all lovey-dovey. That can also include him approaching me to make love to smooth things over.

I can hardly wrap my mind around Steve’s methods. When anything upsets me either of those methods is the last thing that occurs to me. I’m restless, can’t sleep, and certainly don’t feel romantic in any way.

All I know is that it has taken us a lot of years NOT to fight about our different approaches. I confess though, that occasionally we still do fall into that temptation. But through intentionality and the effort we put in to have a great marriage (which we do), we have learned to quit judging the other in their approach. Instead we give each other more grace and space.

Within more recent years, Steve has learned that if I withdraw, I will come back in a better frame of mind. I’ve also learned to tell him that I NEED the space. If he doesn’t give me the space I need, he certainly won’t like the way I handle things. I have a tendency to let my raw emotions get out of control if I don’t have some space to process the matter in a healthy way. I need to take some “quiet time” to prayerfully sort out the issues at hand. Steve has learned to trust me on that. (He learned this after some bad experiences when he has pushed matters.)

And if I have the need to talk things out, then I’ve learned to not to make them marathon events (usually) because it puts Steve’s brain on overload. Marathon “talking” doesn’t prove to be productive for us at all. For Steve, and for us as a couple, it’s better to revisit the issue several times in shorter spurts than to keep going on and on. I’ve learned that this is a decent compromise. As long as we DO resolve matters eventually, then it’s worth being patient. Marriage matters are not all about “me” feeling better. It’s about “WE” and how WE can both feel better about that which concerns us.

As for Steve’s approach to upsets, he acknowledges that it isn’t healthy to leave them unresolved. But I’ve learned that sometimes he needs space at first. Sometimes this is achieved through his taking a nap, or going to bed early. And sometimes he just needs to watch TV for a while to depressurize the situation in his mind. So, if he asks for grace and space, I give it (if the matter isn’t time-sensitive) because it’s important for him to get to a better place mentally. But eventually, we work matters out TOGETHER at some point.

As for the making love thing… nope… it just can’t happen when things are up in the air in a disturbing way. But later… that’s a whole different matter.

I’ve learned that for Steve, making love is an important “emotional connection” that he needs. He can’t stand it when there’s a disturbing matter in the works. It could be the death of a family member, an argument, or distressing news of some sort. The first thing he wants is assurance that the “WE” in our relationship is in tact. Making love is not only a physical connection, but it’s an important emotional connection for him.

So when things are upsetting, he has learned that we will make love eventually and things will be okay. And I have learned to make love a little sooner and all is better in our marriage relationship.

This goes along with the point made in 1 Corinthians 7:3-6:

“The husband should fulfill his marital duty to his wife, and like-wise the wife to her husband. The wife’s body does not belong to her alone but also to her husband. In the same way, the husband’s body does not belong to him alone but also to his wife. Do not deprive each other except by mutual consent and for a time so that you may devote yourselves to prayer. Then come together again so that Satan will not tempt you because of your lack of self-control. I say this as a concession, not as a command.”

What’s my point in telling you this? It certainly isn’t for our comfort. This isn’t a fun subject to broach or to confess, as far as the mistakes we made earlier in our marriage. But hopefully, by telling you this, it will help you in YOUR marriage. Our marriage is doing well now. And hopefully, if you’re having problems in this area you will work together to get to a better place, as well.

Rather than looking at your spouse’s way of approaching that, which upsets him or her as wrong (unless it’s abusive), look at it as “different.” Don’t judge just because it makes no sense to you. Instead, become students of each other and students of marriage. Make an effort to learn skills that will help you to overcome that, which is dividing you. Marriage is about learning to “marry” your differences. It’s about finding ways to compromise and work together so the “me” in each of you doesn’t overtake the “we” that you vowed to grow on your wedding day.

It’s not that when you marry, one of you is erased. It’s that when you marry, the “selfism” is to be erased. You won’t always think alike after marrying. But it’s important to think TOGETHER —to help each other grow as individuals and to grow as a couple in the various situations presented to you.

This is my/our prayer for you and your marriage relationship, as God ordains it:

2 responses to “Different Approaches to Upsets”