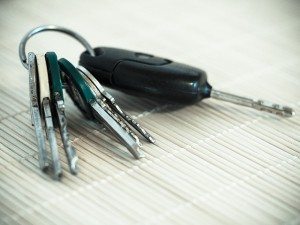 The following article comes from the book, Beloved Unbeliever, which is written to women with spouses who are unbelievers. However, the principles outlined in this article apply to every spouse who wants to leave because of abuse. Please prayerfully read and consider what the author Jo Berry has to say, about leaving your spouse because of abuse. (Afterward, please read the linked article written by Leslie Vernick, which is important to also consider.)

Jo Berry begins this portion of the book by citing the scriptures in 1 Corinthians 7:15. She explains that letting the spouse “leave” goes beyond physically leaving the marriage. As you read the article you’ll better understand the scripture:

But if the unbeliever leaves, let him do so. A believing man or woman is not bound in such circumstances; God has called us to live in peace.  (1 Corinthians 7:15)

Rather than demanding that an unequally yoked wife stay in a situation where she is abusively oppressed, our Lord gives her an option. He does this because, “Just as a father has compassion on his children, so the Lord has compassion on those who fear Him. For He Himself knows our frame; He is mindful that we are but dust” (Psalm 103:13-14). He understands her humanity and takes pity on her.

A Christian woman who is facing emotional or physical abuse needs to understand both the terminology and the implications in this verse. She can then act on it within the dictates of her own common sense and conscience. The word “leave,” as it is used in 1 Corinthians 7:15, means to depart or let go. While this most obviously refers to a physical separation, the concept of letting go embodies more than physical absence.

Since thought always precedes action, I believe we can assume that abuse and cruelty are outward manifestations reflecting a mental state of abandonment of the essence of the marriage. So, although Paul is dealing with physical separation, certainly there can also be a psychological severing, an emotional letting go, that is just as devastating and real as a mate’s actual departure.

Scripture does not deal specifically with this problem of abuse, but Christ’s attitude and certain biblical statements can help us draw conclusions about how to respond to it. The Gospels are saturated with statements about and examples of Jesus’ compassion. He was especially tender toward women and children. Think of how gently He approached the woman at the well, how respectful He was to the woman caught in adultery. Consider also how He met Mary’s needs by teaching her as she sat at His feet. And then think of how, during excruciating agony on the cross, He committed His mother to the care of His friend, John.

In the fifth chapter of Ephesians, the apostle Paul commanded husbands to “love [their] wives, just as Christ also loved the church and gave Himself up for her” (Ephesians 5:25) and to “love their own wives as their own bodies“ (Ephesians 5:28). Christ, in love, sacrificed His life for the church. This example is the antithesis of abuse.

It appears, then, that any man that constantly mistreats and maligns his wife, who wounds her psychologically and/or physically, has “let go” and departed from the intent of his marriage vows. He may be living under the same roof and sleeping in the same bed with her, but if he neglects her needs and destroys her as a person by attacking her body, soul, or spirit, mentally he has left! If he is cold, cruel, and uncaring, he has already separated himself from her, even if he shares a house with her. In his sick mind, the relationship is over.

The idea of leaving, then, can legitimately include the unbelieving husband mentally and/or emotionally abandoning his wife. The final act of “leaving” may mean he will physically remove himself, but the psychological process leading up to that moment may manifest itself in ongoing abusive conduct.

The Bible says that when this happens a Christian wife is to let him leave. The Lord does not expect or want her to suffer mental or bodily harm at the hands of a husband who is supposed to sacrificially love her. God does not want her to be oppressed or incapacitated by fear. Quite the contrary, “the sister is not under bondage in such cases“ (1 Corinthians 7:15), and any woman who is physically harmed or verbally belittled, insulted, or harassed by her husband is under bondage. Any wife whose husband controls her mind and activities with threats or brutality is enslaving her.

In this same chapter, Paul reminds us, “You were bought with a price; do not become slaves of men” (1 Corinthians 7:23). God did not buy an unequally yoked wife out of the slave market of sin so she could be under bondage to another human being. He purchased her with the blood of Christ and freed her so she could voluntarily become His bond-servant.

She has to draw the line if her husband consistently oppresses her, by whatever means. In Luke 14:26, Jesus said, “If anyone comes to Me, and does not hate[the comparison of her love for Me, her] own father and mother and[husband] and children and brothers and sisters, yes, even [her] own life, [she] cannot be my disciple.” She has the right and responsibility to choose freedom impossible for her to fulfill her Christian calling.

We have already seen that submission is voluntarily choosing to yield or surrender to someone. When God instructs wives to subject themselves to their husbands, He is asking them to surrender to their husbands’ love and God-given position. Nowhere does Scripture imply that the Lord expects a wife to accede to verbal castigation or physical assault.

Many times women who are in this position convince themselves that they would be unsubmissive if they fled. So, instead of retreating and protecting themselves and their children (who may be scarred for life from exposure to continual abuse), they become passive; but passivity is not the same as submission. Whereas submission is voluntary, passivity is forced oppression. Whereas submission allows for individual dignity, passivity breeds self-hatred, and eventually a wife who subjects herself to abuse starts believing that she deserves it!

She convinces herself there is no way out and that she is only getting what she has coming to her. This is especially pronounced in cases where Christian women knowingly married unbelievers. Frequently they stay to punish themselves, to pay the penalty for their sin. Their attitude is: I got myself into this, now I’m stuck with it. So, they become passive. It is vitally important that a woman who suffers maltreatment in her marriage draw the distinction between submission and passivity.

Also, some women stay because of guilt. They believe that their faith in Christ is the reason for their husband’s abusiveness, so they think that staying is a cross they must bear —part of their suffering for Christ. They need to realize that there is an immense difference between being persecuted for the Lord and for righteousness’ sake, and being physically or emotionally abused by a man who is a tyrant.

Although, an unbelieving husband might use his wife’s faith as an excuse for attacking her, that is not the real reason. Men who batter or consistently demean their wives are emotionally ill. The emotionally yoked wife who is being vilified by her husband does not have to submit to his tirades. God does not ask her to yield to outrageous attacks.

Sometimes a Christian woman who is being harmed by her mate stays with him. She believes the Lord will protect her no matter what her husband does. Candy thought that, until Glen shot her. Eleanor thought that, until Ed fractured her back and skull when he threw her down the stairs. Emily thought that, until Howard burned down their house. He was spaced out on pot and booze and fell asleep on the sofa with a lighted cigarette in his band. Their three-month-old daughter suffered severe burns over 30% of her body and was in the hospital for months.

Claudia thought that, until she had a mental breakdown. Her children had to be put in foster homes while she recovered. That happened because the court ruled that her husband was not a fit father.

If there are children involved, the repercussions of living under such disparaging conditions can leave them with lifelong scars. Scripture teaches the importance of example. We are warned not to associate with fools, liars, fornicators, idolaters, blasphemers, or hot-tempered people. If we do we may end up imitating their behavior. Statistics show that many parents who are child abusers, and many batterers were themselves mistreated as children. Many abusers came from homes where one or both parents were abusive. Like begets like. Removing herself and her children from danger isn’t selfish, isn’t sinful, isn’t unsubmissive —it’s smart.

God hasn’t called the wife to live in a spirit of fear and instability but of “power, and of love, and of a sound mind” (2 Timothy 1:7). He hasn’t chosen her to live in a state of confusion, not knowing what to say or do next, or what tirades her well-intentioned responses might bring. “God is not a God of confusion but of peace“ (1 Corinthians 14:33) and “has called [her] peace“ (1 Corinthians 7:15).

The above article comes from the terrific book, Beloved Unbeliever: Loving Your Husband into the Faith

On Leslie Vernick’s web site, she answers the question on whether or not scripture leaving your spouse because of abuse. I highly recommend you read it:

241 responses to “Leaving Your Spouse Because Of Abuse”