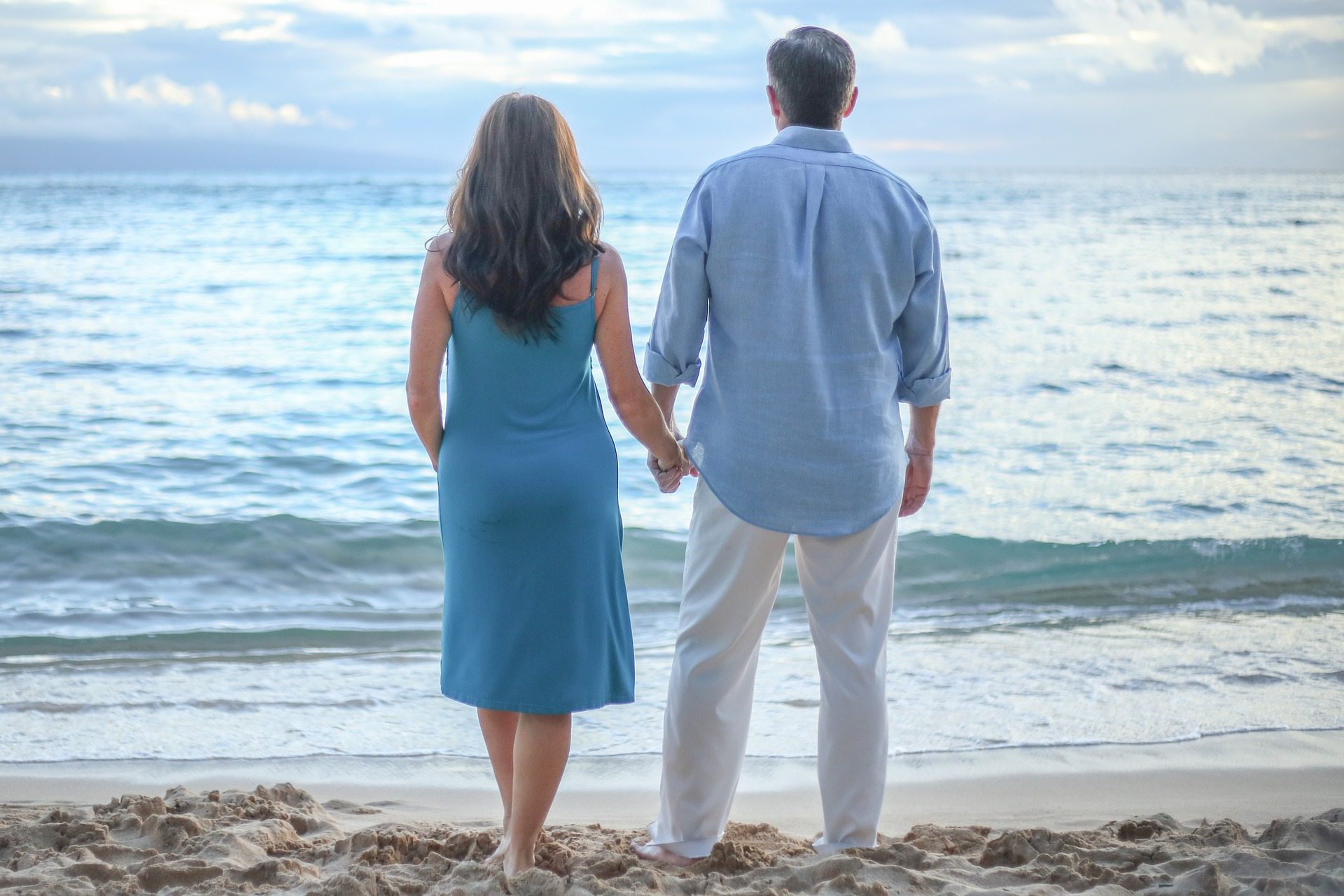 There’s an old song that was popular a number of years ago titled, “Where Did Our Love Go?” Have you ever wondered, “Where DID our love go?” How did we get to the place where our love has done a vanishing act?

Before we married we thought our love was different than anyone else’s. We enjoyed being together and thought our love would only grow deeper with time. We even thought we’d show others (even our parents, whose marriages appear to be anemic) what “genuine” love is supposed to look like! But now that the vows have been exchanged and time has marched on, where did that picture of “genuine” love go?

Where Did Our Love Go?

Frankly, it got sucked into every day living —that’s where it went! It also got blasted away by expectancies, and was sabotaged by forgetfulness. This was caused by the tyranny of the urgent and “building” a life together took over.

“Marriages suffer and fail for many of the same reasons we suffer and fail to maintain physical health and vitality. We indulge some shortcuts in our relationship, take each other for granted, and before we know it we are feeling resentful and alone.” (Dr. Bob Burbee)

Everyday living starts to eat away the time you used to make for each other —right from the beginning. Making a home together, starting a family and keeping up with the demands that come with all of that, takes a lot of time and effort. If you aren’t careful you can allow it to push the time away that you need to maintain a growing love relationship with each other. Just like you can’t fill a car with gasoline just once and expect it to be enough to keep things running permanently, a good marital relationship needs continual refueling to keep it going also.

Unrealistic Expectancies and Demands Can Destroy

“The plain fact is that most of us do not take marriage seriously. We get so caught up in all the other demands that our marriage and the quality of our togetherness fall to the bottom of our ‘to do’ list.” (Evelyn and Paul Moschetta)

“Expectancies” can also blast away the loving feelings you have for each other. Before marriage when one of you would do something for the other, you were thrilled and appreciative! AFTER marriage it’s something that’s expected. It seems to be an unwritten law of marriage!

I (Cindy) overheard a few husbands asking, “Where is it written in the marriage contract that as soon as you’re married, it’s a husband’s job to take out the garbage? Where is it written we have to maintain the yard, change light bulbs, and kill spiders?” Then I heard a few wives say, “Where is it written that the wife plans the meals? Why is the wife in charge of making sure the house is clean, and is the main one responsible for the children’s care?” The banter back and forth was humorous. But their points were well taken.

After marriage certain things are expected and are taken for granted that the other spouse will do them without question, or appreciation. After all, that’s the way things CAN be done in marriage. But is it really the BEST way to do them?

What about showing appreciation to the spouse who does them? Even though we’re married, it doesn’t mean we need it any less, to be shown appreciation! It’s amazing how those accolades act as care packages for the heart, when they’re generously given! Think about it, didn’t we show a lot of appreciation to each other BEFORE we married? Maybe it’s one of the reasons you fell in love with your spouse in the first place. And wouldn’t it stand to reason that it could possibly help you to STAY in love after you’re married? Think about it!

Forgetfulness is another problem that sabotages love. We forget common courtesies such as saying “please,” “thank you” and “could you” instead of demanding. We also forget to use an honoring tone of voice rather than a screaming, and sarcastic, rude way of communicating our grievances with our spouse —communicating in ways we’d never use with someone else! It’s sad that we’ll be more courteous to a stranger than with our own spouse. We seem to forget that our marriage partner is the one we promised to “love, honor, and cherish” for the rest of our lives!

Where Does Our Love Go?

“In a sense, a marriage lives and dies by what you might loosely call its arguments, by how well disagreements and grievances are aired. The key is how you argue —whether your style escalates tension or leads to a feeling of resolution.” (John Gottman)

You might ask, where DID our love go? Perhaps it died in a sea of forgetfulness, drowned out as it was piled upon by too many expectations. Showing love and appreciation shouldn’t vanish after the marriage license is signed, but that’s what happens in too many marriages!

“The problem is not marriage. It’s the people who are bound together in a relationship that makes it good or bad. As one man said, ‘I thought my marriage would be ideal. But now it’s become an ordeal, and now I want a new deal!'” (Dr Tony Evans)

Well, here’s the “deal” we hope you’ll make happen in your marriage (to the best of YOUR ability):

• DON’T let everyday living suck away the time you make for each other.

Do this even though your life is extremely busy! You’ll make the time to do, that which is a priority to you. It’s amazing, despite your busyness, how you can manage to find the time to fill your car with gasoline and maintain your home. Instead, do a little less for some THING so you can do a little more for some ONE —your spouse. Make the time to connect by being with and talking with each other (not just AT each other), so your marriage doesn’t suffer a disconnection!

• DON’T “expect” too much and don’t forget to show appreciation to each other.

Do this even for the small things your spouse does! It’s what is needed to maintain love. No one likes to be taken for granted. You don’t like it and neither does your spouse!

• DON’T forget to be more polite to your spouse than you are to other people.

After all, he or she is the one you SAY you love above every other person —so act like it!

• DO all of the above even if your spouse doesn’t do his or her part.

If you find it difficult to think about doing this for any other reason, do it “as unto the Lord.”

Keep in mind the scriptural reminder:

“Love is patient; love is kind. It does not envy; it does not boast. Love is not proud. It is not rude; it is not self-seeking. And it is not easily angered. It keeps no record of wrongs. Love does not delight in evil but rejoices with the truth. It always protects, always trusts, always hopes, and always perseveres.” (1 Corinthians 13:1-7)

Tagged: love as Christ, love one another