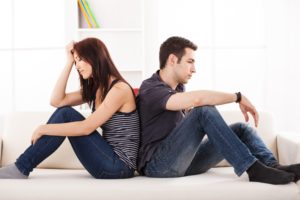 The First Year of Marriage

Some men act as though their work is done the moment their bride says “I do.” It’s almost as though, on their wedding day, they take their to-do list and put a check mark next to “find a wife.” Then after the honeymoon, it’s back to work. It’s back to that to-do list—with many more battles to win and more check marks to make.

Perhaps the most interesting part of this phenomenon in men is that, at the same moment they’re feeling a sense of finality about their wedding day accomplishment, their brides are seeing it as just a beginning.

Choosing Not to Choose

Here’s an important single foundational assumption. Your marriage and your life are going to be a hundred times more satisfying, more resilient, and more prosperous if you intentionally develop the right habits in the first year. That is when the investment is fairly “inexpensive.”

If you undervalue this first year and develop bad habits, a solid marriage will be much more expensive to recover later on—or these habits may eventually destroy your marriage.

Time-Tested Principles for the First Year of Marriage

As you and I explore this first-year investment strategy, I want to unveil a treasure that is thousands of years old. Listen to this amazing piece of advice, tucked in the Old Testament between instructions on divorce and directions for the proper use of millstones when making a loan agreement (no kidding):

If a man has recently married, he must not be sent to war or have any other duty laid on him. For one year he is to be free to stay at home and bring happiness to the wife he has married. (Deuteronomy 24:5)

Although the prospects of such a thing may sound hilarious or outrageous to you, there are some interesting investment principles buried here that you’ll want to take seriously.

The Challenge Principle —”For one year”

Most guys love a contest. We gravitate toward the competitive. Well, here’s a huge challenge: If you want to have a great marriage, don’t do anything for a whole year except learn to love your wife.

I’m pretty sure I know what you’re thinking, “C’mon, be reasonable. I’ve got work to do. If I were to take a whole year off, I’d be fired from my job—and that wouldn’t be good for either of us.”

Don’t worry. I’m not advocating unemployment. I’m just advocating intentionality. Your job in your first year of marriage is to become an expert on one woman—your wife. You are to learn, better than anyone else in the world, how to “bring her happiness.” And the Old Testament advice is to take one year, ONE WHOLE YEAR. A weekend seminar or a great book about marriage will not be enough. It’s not even the standard five session premarital counseling commitment. There’s no other way to say it: It’s a big investment!

Like folks who suffer from Attention Deficit Disorder (ADD), our problem often is our lack of focus. We’re distracted by things our wives don’t see. These are things they may not even care about.

Because you’ve checked “get married” off your list, you may be tempted to pay more attention to other unfinished things. These are things like going on to graduate school, landing a good job, or staying in shape physically. But now that you’re married, your most important assignment is working on building this relationship with your wife.

The Reciprocity Principle—”bring happiness to the wife he has married”

Chalk it off to our humanness. But most of us have this backwards. We’re eager for our wives to find ways to make us happy.

My friend Gary Smalley tells the story of a newlywed couple who moved into the house across the street from Hank and Edna. Edna noticed when the young groom came home from work each day. But instead of pulling into the garage, he parked his car in the driveway and walked down the sidewalk to the front door.

She also noticed that he always had something in his hand. It was a wrapped gift, a bunch of flowers, or some other special item. He’d ring the doorbell, and his wife would answer the door. Then he’d present the gift, and they’d embrace.

Edna couldn’t help herself. One evening after dinner she told Hank all about the couple. She told him what the young husband did each day. “Why don’t you start doing that, Hank?” she wined.

“Well,” Hank stammered, “I guess I could.” He took a deep breath, “I could do that. But I don’t even know that lady.”

Regardless, Edna had it right. It was Hank’s job to remember what it was like when he was romancing her.

Early in our marriage my wife, Bobbie, said it to me this way: “I just want to know that, even though you’re busy, once in a while you stop and think about me.”

Make Her Happiness Your Priority

Okay, you might be thinking, but what should my wife do for me? That’s a fair question. But the answer is sobering. This Old Testament admonition says absolutely nothing about your wife’s job. She’s given no direction at all. But this is where the reciprocity part comes in. When you make her happiness your priority, your wife finds herself compelled to make you happy.

Doing everything you can do during this first year to make your wife happy is not just an unselfish act of martyrdom. Having a contented wife will make an immense difference in your own happiness.

The book of Proverbs affirms this idea with a touch of humor. In fact, the following exact words appear twice in Proverbs. “Better to live on a corner of the roof than share a house with a quarrelsome wife.“

Though it’s not always the case, unhappy, nagging, contentious, quarrelsome wives are often married to overly busy, non-responsive, preoccupied, self-absorbed husbands. And, by trial and error, these wives have learned that the only way to get their husbands’ attention is to do something annoying.

Your challenge is to choose to pay attention to your wife during this first year. It is to be more than you do to your neighbor’s new car or to the NCAA Final Four on television. And when you make this investment during the first year, your marriage will be far more satisfying for the rest of your life. It will be worth millions.

Decide to make the next twelve months the most important year of your life.

This article came from the wonderful book, Most Important Year in a Woman’s Life, The/The Most Important Year in a Man’s Life. It is written by Robert Wolgemuth, Bobbie Wolgemuth, Mark DeVries, and Susan DeVries. And it is published by Zondervan. It’s the winner of the Silver Medallion Book Award. The Wolgemuth’s and the DeVries offer here a two-in-one, flip-over-format volume aimed at newlywed Christian couples. One half is written for him and one half is written for her. It’s an excellent book that we highly recommend.

17 responses to “MEN: The First Year Of Marriage Is The Most Important!”