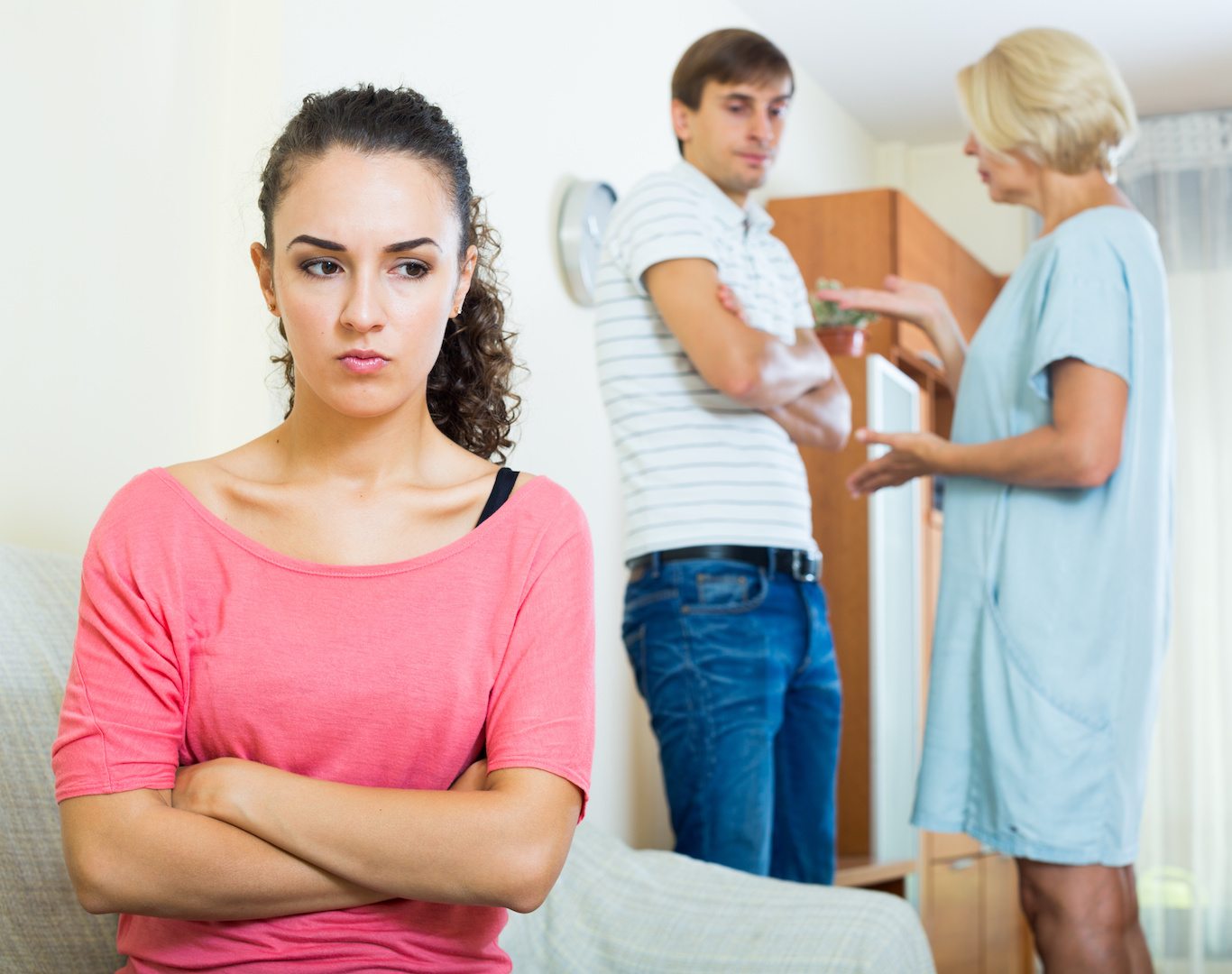 The following is a question that was answered by Jay Kessler. It concerns a mother in law who needs to back off:

My mother-in-law seems to have so much sway with my husband, more than I have sometimes. Recently we were considering a career move that would have taken us hundreds of miles away. My husband’s mother told him, “What’s really important to you, career or your family?” The guilt trip she laid on him made the decision for us. How can I tactfully tell her to back off?

You can’t; so don’t try. A friend once told me, “A word to the wise is unnecessary.” The only person (besides herself) who can tell this woman anything might be your husband (her son). But even that could be a lose-lose scenario if your mother-in-law gets the idea that you’re behind it. So don’t have a conversation that could alienate the two of you for the rest of your marriage.

Another reason to avoid telling her off is that you don’t want to force your husband into a painful choice. His loyalty to you could cause him either to distance himself from his family or to have to endure his mother’s punishing remarks for years. He’s bound to resent that wedge driven between you. And his family and even resent you, who in some ways caused it.

Ideally your husband should respond to his mom’s “suggestions” tactfully. He should firmly say something like, “Mom, I hear what you’re saying. Nancy and I will talk and pray about this. These are decisions we make together.” In this way he’s doing what the Bible says. He is “leaving” his father and mother and “cleaving” to his own wife.

Your role as daughter-in-law is a tough one. It may sound old-fashioned to suggest that you must have a deferential, even submissive, attitude toward your mother-in-law. But it’s a biblical pattern.

Ask God to give you patience and grace to respond lovingly in the face of her tyrannical behavior, and ask God to soften her heart toward you. Who knows how God will use your gracious behavior in this woman’s life?

I’ve heard of wretched mothers-in-law who, when facing tragedy or illness, turn to the in-law who has shown grace and strength over the years. This is “turning the other cheek” and “doing good to those who despitefully use you.” It’s a way of loving your enemy. It sounds like a weak response, but it takes a lot of strength to respond in a Christ-like way.

Meanwhile, build your teamwork with your husband so he gets accustomed to making decisions, big and small, with your good input. Maybe part of his problem is that he’s still learning how to work as a partner with you. You can’t do much about the mother-in-law, but you should do everything you can to be a solid teammate with your husband.

As his comfort level grows, he will be more likely to make decisions that are informed by your input, not his mother’s.

This advice was written by Dr Jay Kesler, in a question and answer feature called, “Couple Counsel” that appeared in a back issue of Partnership Magazine, which unfortunately, is no longer being published.

It comes down to the fact that all you can do is the best you can do. Some of us are handed situations, which seem totally unfair. And many times they are. When this happens we have to make serious choices to make. We can either grow from the situations, or we can allow them to eat us up to the point where we start acting in ways that we shouldn’t. Of course, you know which one you should choose. It’s the one the Lord would want us to choose, which brings out His character in us.

• BOUNDARIES FOR IN LAWS

• RELATING TO A DIFFICULT MOTHER-IN-LAW