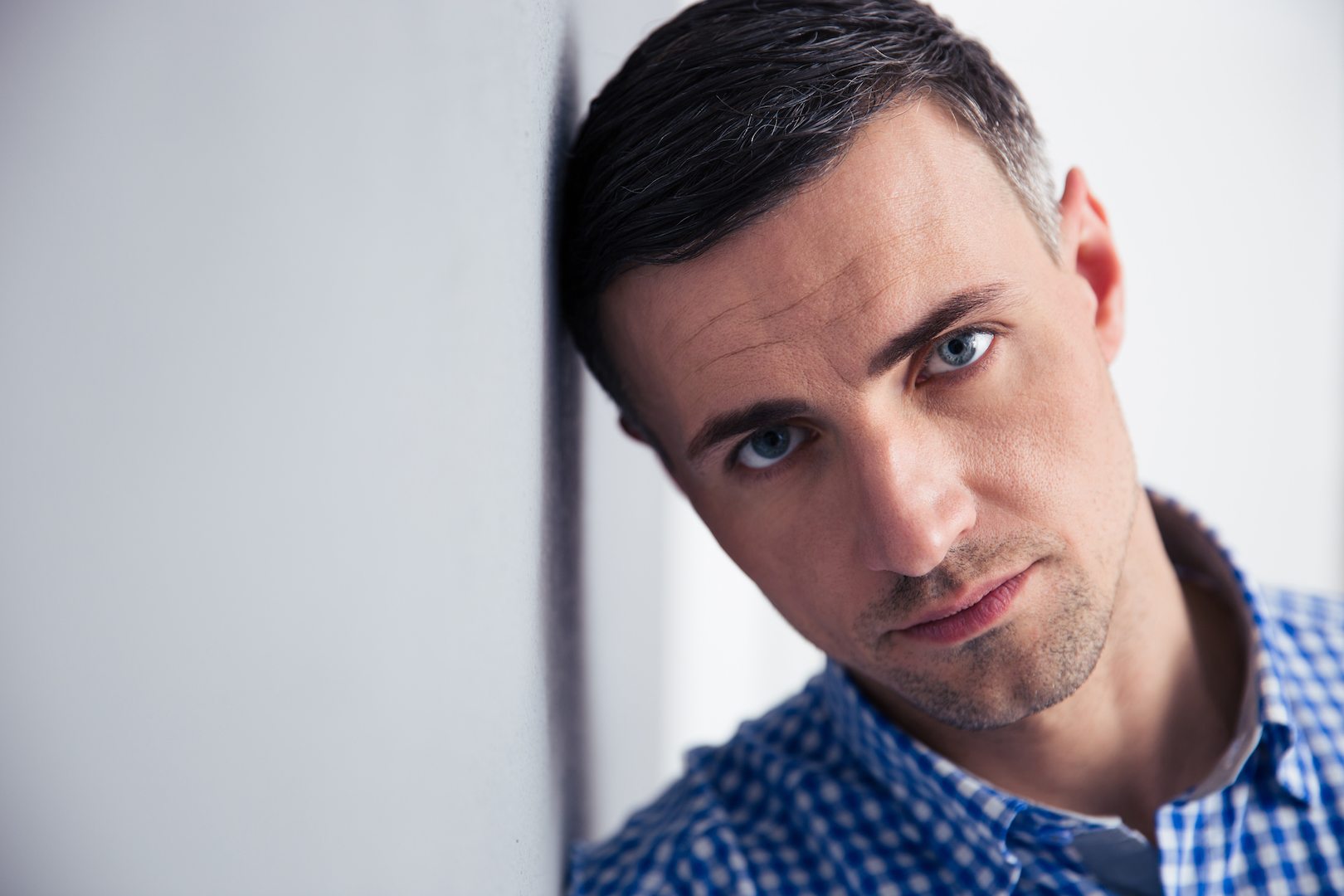 MARRIAGE MISSIONS EDITORS NOTE: We’re approaching this issue differently from others on our web site. We’re giving various quotes from the book, “Married But Not Engaged” (no longer being published), written by Paul and Sandy Coughlin. This is to give you insights into why passive husbands operate in a non-engaged mode in marriage. That doesn’t mean there are not passive wives. However, in this case, if it’s your husband who is passive, we encourage you to prayerfully consider these points asking for God’s revelation.

This is not a “one-size-fits-all” article, but you could learn a few things you may not have otherwise considered. Here’s what Paul and Sandy write on this issue:

A Culture at Odds with Masculinity:

We could devote an entire book to examples of how our culture is confused (at best) about what a man is and vilifies (at worst) what it does know. [But here’s a shortened example] …A study that compared gender stereotypes common in the 1970s to those widespread in the 1990s found that while views of women have improved, views of men have plummeted. Women are characterized as “intelligent, logical, independent, adventurous, dependable, and skilled at relationships.” Men? “Jealous, moody, fussy, temperamental, deceptive, narrow-minded, and heedless of consequences.” The report characterized this view of men as “negative masculinity.”

…What’s the primary premise behind our society’s denigration of males? Why do so few find it wrong and unacceptable to demoralize men? The root idea: Men are a serious problem that must be fixed, not a gender to be appreciated. Men are not okay as men. Masculinity, in and of itself, is negative.

We as a culture have undergone extended therapy at the hands of social engineers, media presentations, and dedicated activists. The script men and women followed before the social revolution of the ‘60s and ‘70s was flawed’ however, rather than addressing the flaws in order to right them, much of society began instead to reverse or invert the flaws. Human value and dignity is about all people being of equal worth. We needed to embrace and enact positive change in the ways women were viewed and treated, not say, “Men have had the upper hand and abused it; now it’s women’s turn to rule and degrade.”

The most shaming and heartbreaking message is that a man is disposable.

Maureen Dowd’s, Are Men Necessary? would be humorous if it weren’t for her deadly serious attack upon manhood. The main thesis of Peggy Drexler and Linden Gross’s Raising Boys Without Men is that boys are best raised by women; not only are fathers expendable, they’re detrimental to the rearing of boys. TV sitcoms have perfected the image of men as naturally incompetent husbands and fathers, buffoons either to be set straight or cast aside.

• By contrast, the record shows how essential men are to children and to society in general.

The largest predictive factor in whether a child will graduate from high school, attend college, avoid crime, reject drugs, or become an unwed parent before 18 is the presence of a father in the child’s life. According to a recent Health and Human Services report, “Fathers play a unique role in fostering the well-being of their children, not only through providership, protection and guidance, but also through the way that they nurture the next generation.” Yet there’s a huge catch: “A father’s involvement with his children … is powerfully contingent on the mother’s attitude” toward him.

When a man does not feel needed, something in him dies.

Even an emotionally healthy man turns passive and loses energy.

• John Gray, author of one of the bestselling books on relationships, Men Are From Mars, Women Are From Venus, explains how women during dating speak the following unspoken language loud and clear. “We need you. Your power and strength can bring us great fulfillment, filling a void deep within our being. Together we could live in great happiness.”

This unspoken message motivated their man to become larger and more attractive during dating. But after marriage, the usual challenges set in, made worse by “Nice Guy” tendencies to avoid conflict, which to their wives appears like they’re trying to avoid responsibilities. This is true, though it is not their original motivation. He no longer feels wanted, and feels like a big fat problem. He may feel this way because he’s been told so.

• The Psychology of Passivity:

Given our cultural predicament, the “Nice Guy” disease affects every man differently, worse for some than for others.Some men are more predisposed to passive thought and behavior, and it’s not rocket science figuring out why. Their lives are over-influenced by fear and related emotions like anxiety, which seal up the heart and prevent the sharing of emotions and the interchange of love. The usual suspects for this psychological tendency include childhood abuse neglect, and abandonment.

• If passivity haunts your man, know that he wasn’t “born this way.”

It’s not his natural personality type, and it shouldn’t be mistaken for being reserved. A reserved man may take longer than others to share his feelings, make decisions, and engage socially. In the end, however, he does express himself, make his will known, and connect with others. Though he’s cautious, he still proceeds. A passive man, fear-frozen, is (and sees himself as) acted upon, rather than actively participating in life.

• Abused kids harbor a pervasive sense that they are an inferior sub-species.

They feel they are children of a lesser God. When you believe you are inferior to others, you invite fear into the deepest parts of your heart. Men usually don’t even know that they’ve done this, but somewhere along the way, they did, and they’ve been committed to fear ever since.

Writes Dr. Laura: “It is terrible to have been hurt, tortured, molested, abandoned, ignored… or exposed to other demoralizing or dehumanizing behaviors. For anyone to minimize that truth is somewhere between ignorant and insensitive.” And when a young boy undergoes such treatment, it creates a “sick parallel universe …for you, one your real world with everyone else. Your options and possibilities will appear severely constricted, and understandably, you flounder.”

Christian Nice Guys with this background are still sinners.

They’re not some special case where their sin doesn’t smell bad because they had a tough childhood. But it should be clear by now why Christian Nice Guys drag more baggage through life. As the social philosopher and psychoanalyst Erich From once observed, “The scars left from the child’s defeat in the fight against irrational authority are to be found at the bottom of every neurosis.”

• The passive man assumes that others (including you) possess more power than he does or ever will.

He’s prone to depend on you and others to regulate and arrange his world for him. As you’ve probably observed and experienced, this makes him undependable and irresponsible. He believes that, regardless of what he does, outside forces determine his future; this is fatalism. He has disregarded the biblical wisdom that if a man plans, organizes, and takes action, he improves the quality of his life. He feels inadequate to handle his life; he’s convinced he has little or influence in achieving what he wants and needs, so even though he’s dependent on others, he’s resentful of them as well.

They wait; hoping someone else deals with the issues and solves the problems. They hold out for a rescue boat with your name on the side.

• Other Christian Nice Guys go to the other extreme and believe “All I need to do is give it to the Lord.”

This common and fatal assumption ignores the truth that we co-labor with God in our spiritual and emotional growth, which are greatly connected. This false assumption is also a hiding place for many Christian Nice Guys who don’t think they can do the soul work required to face their fears and the misconceptions they produce.

The Nice Guy is smiling, but he feels hopeless and pessimistic, which in his mind justifies his reluctance to ask others for help. If things are hopeless, why fight life? Just ease into the arms of fate. If something is beyond his control, that’s the way it was meant to be. He may well believe he is working against God’s will when he exerts his own.

Christian men across denominational divides are told to follow an example of being and behaving that doesn’t exist. They are told to be “like Jesus.” But they are shown an incomplete portrait of him as “gentle Jesus, meek and mild.” They carry what I call the “Nice Guy Bible”, in which they’re encouraged only to underline and study the “pleasant passages” while largely or completely ignoring the ones that can bring freedom from passivity.

This Nice Nazarene is fictitious.

The Gospels show a Jesus who was both tender and tough, depending on the circumstances. Jesus traveled the entire emotional spectrum without apology. Men who follow a false Jesus hamstring themselves, the constraints nowhere more painful to experience or to witness than in marriage.

My friend Michael Levine, who’s not a Christian, says he can spot Christians at Hollywood parties. He says, “They worship at the altar of other people’s approval.” Michael’s fascinated as to why Christians think Jesus was wimpy, when even he can read that Jesus wasn’t: “Jesus is portrayed as some weak guy who patted kids on the head all the time, and Christian men are expected to follow this example.” Michael, who does public relations for stars, loves Christians. His best friend is a Christian, so he’s no bigot. I sometimes what to disagree: frequently, we’re the bland leading the bland. We lack backbone. Following a half-Jesus makes us half-alive, dull, unable to connect, missing intimacy.

Rick Warren’s Purpose-Driven Life could have a sicker on the cover. The purpose-driven life is impossible to attain if fear is in the driver’s seat of your life; you must decide whether you will serve pleasantries or purpose.

• Three powerful forces (a culture at odds with masculinity, the psychology of passivity, and a twisted caricature of Jesus) encourage many men to remain or become passive, to lay down the sword of their will, and thereby relinquish the provision for and protection of those within their care. You’ve seen how those powers make it hard, and in extreme cases impossible, for your Christian Nice Guy to create intimacy.

But now the good news:

These forces pale when compared to the power a good woman has in the life of an average man. No other person possesses your potential to help him move in a better direction. When you use this strength rightly and justly, you can create an environment like no other.

There is much more that this book reveals on this subject that we can’t to give you. We hope you can find a way to obtain the book, Married But Not Engaged: Why Men Check Out and What You Can Do to Create the Intimacy You Desire

, written by Paul and Sandy Coughlin, published by Bethany House publishers, to read more about what to do about a husband’s passivity.

To read several related articles on this issue, please click onto the following links to read:

• THE NICE GUY MARRIAGE: Living in Fear Instead of Bold Love

• THE PROBLEM WITH NICE GUYS

• MY HUSBAND IS SO PASSIVE

Filed under: Communication and Conflict For Married Women