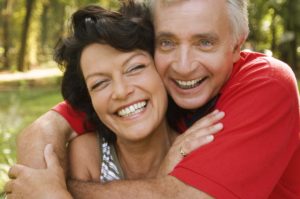 There’s an article posted on the Crosswalk.com web site, which I love. It epitomizes what I often want to shout sometimes as I read emails from so many women who are grieving because their husband has left their marriage bed and slept with someone else. The name of the article is, “Real Men Flee Temptation.” I encourage you to read it. It emphasizes the importance of taking a courageous stand in our life for the Lord.

Go Ahead, Take a Courageous Stand

In the article, the author, Andrew Gutierrez, wrote the following,

“Paul, instructing the men of Corinth toward true masculinity, wrote, ‘Be on the alert, stand firm in the faith, act like men, be strong.‘ (1 Corinthians 16:13)

True masculinity doesn’t idolize sports, money, status, or the passing pleasures of this world. The lusts of the flesh come naturally to sinners, and any self-indulgent boy can consume himself with his own desires.

“But a real man does what is hard. He is a fighter, but not in the sense that the Raiders (a sports team) meant. Rather he fights for his Savior’s glory, for his own sanctification, and for the spiritual good of those around him.

“One chief way to do this is to flee temptation. Yes, that’s right—real men run away. If sin is the great enemy of the Christian, then a man of God must be a skilled soldier in putting to death the sin that remains in his life. Puritan John Owen said it best: ‘Be killing sin, or it will be killing you.’ Real men not only flee from sin, but from the temptation that precedes sin.”

I love this. I would shout it from the housetops, if I could. We need more men that are courageous – men that will be faithful, even when no one but God is looking, or would ever find out.

My husband Steve is that kind of man. He fights temptation and lets me know about it. I appreciate it and respect him for it. One of the things he insisted on is that we have the following scripture, posted near our T.V., “I will set before my eyes no vile thing.” (Psalm 101:3)

As he said, “It’s a constant battle and I need to do all I can to fight that which wants to steal our peace.” To me, THAT’S a real man! He protects us, even if I’m not seeing him do it.

Now that doesn’t mean that women are off the hook in doing this. Real women flee temptation, as well. Cheating is cheating –it’s wrong whether a wife does it or a husband. As a woman of God, and a wife, I do all I can to guard my heart and our home, as well.

But for this blog, I’m emphasizing men because of the movie, “Courageous,” which is a great movie to see. It’s very inspiring. If you haven’t seen it, please do. Perhaps it will inspire you to live a courageous life for the Lord and for your family.

The song from Casting Crowns, titled “Courageous” (which is a “Featured Video” we’ve displayed on this web site) says the following,

Amen. May this be the prayer of all of our hearts —men, women, and children of God! And may we put every effort forth to live courageous lives.

One response to “Real Men Take a Courageous Stand”