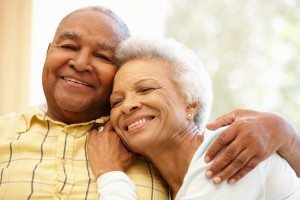 What does it take to have a “successful” marriage? Some people have questioned whether there really are successful marriages. They have seen so many negative ones that they question if it’s possible. Yes, it is. But sadly, there aren’t as many as there should be.

I really like what Kevin Bullard wrote on the Mymarriageworks.org web site on this matter. It concerns the formula one might expect it would take to have a marriage that is seen as successful:

“Successful marriages aren’t reserved for ‘special’ couples. Rather, they’re attained by couples who do ‘special’ things. This include things like putting forth effort when they don’t want to, and showing love when it’s undeserved. It concerns forgiving when they’re offended, and being present physically and mentally when they’d rather be somewhere else.

I totally agree. It’s not that it takes a “special” couple to have a good marriage, but it definitely does take extra effort, made by both partners.

On this subject I’m also reminded of something that Bill and Lynn Hybels wrote in their book, Fit to be Tied

, which gives added insight into a marriage that can be rated as “successful.” They wrote:

“Marriage can be wonderful. It can be deeply satisfying and mutually fulfilling. But if it becomes that, it is because both partners have paid a very high price over many years to make it that way.

“They will have died to selfishness a thousand times. They will have had countless difficult conversations. And they will have endured sleepless nights and strained days. They will have prayed hundreds of prayers for wisdom and patience and courage and understanding. As a couple they will have said, ‘I’m sorry’ too many times to remember. They will have been stretched to the breaking point often enough to have learned that, unless Christ is at the center of both their lives, the odds for achieving marital satisfaction are very, very low.”

I’m not thinking it takes a “special” couple to have what is termed as a successful marriage. (This is with the definition of “successful” meaning “having achieved distinction.”) But it definitely takes a couple who is willing to work together to do what it takes so their marriage not only “works” and is healthy, but they each go that extra mile that Jesus challenges us to walk in life, so it is good —even great.

A good or successful marriage is one that takes BOTH spouses working on the relationship. Sometimes there is one at first one who is the initiator. This spouse gets the marriage headed in a good direction. It ultimately takes two. It’s designed for two. But it’s actually three, as you include the Lord in the “cord of three strands” that is “not easily broken” as pointed out in Ecclesiastes 4:12.

It’s not about selfism, but making sure the “we” of the relationship is not broken. It’s not so much about who does what, but rather that both spouses are in agreement that they are working in union with each other as a partnership.

To make a marriage a good one, it takes more effort and dying to selfism than most of us would expect. But it’s SO worth it in the whole scheme of life, for those who are called to be married.

“Make every effort to add to your faith goodness. And to goodness, add knowledge. To knowledge, add self-control. And to self-control, add perseverance. To perseverance, add godliness. And to godliness, add mutual affection; and to mutual affection, love. For if you possess these qualities in increasing measure, they will keep you from being ineffective and unproductive in your knowledge of our Lord Jesus Christ.” (2 Peter 1:5-8)

“And WHATEVER YOU DO, whether by speech or action, do everything in the name of the Lord Jesus, giving thanks to God the Father through him.” (Colossians 3:17)

May God be glorified in all we do, as we apply ourselves in our marriages as He would have us.